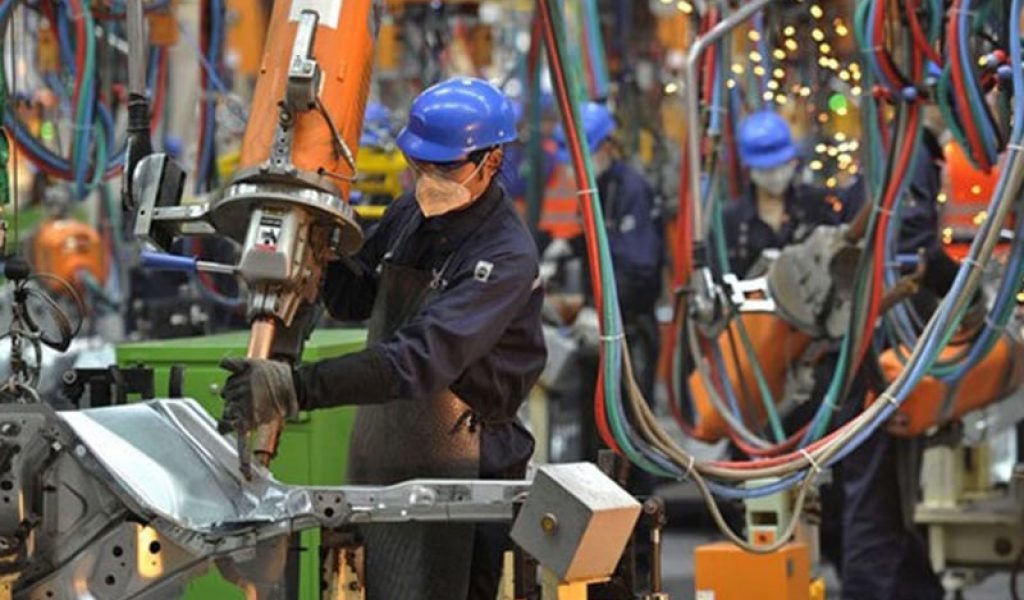 The LSM Index contracted by 7.97 per cent year-on-year in October, the Pakistan Bureau of Statistics (PBS) reported on Wednesday. The data further showed that between July to October, big industry output declined by 6.48pc on a year-on-year basis.

The latest monthly decrease was mainly led by 41.77pc plunge in automobile sector, 39.28pc in electronic products, followed by 11.73pc in petroleum products and 8.25pc in food products.

In 2018-19, the large manufacturing sectors recorded a decline of 3.64pc against the target growth of 8.1pc. The government has set LSM target of 3.1pc for the ongoing fiscal year.

Sector wise, production of 11 items under the Oil Companies Advisory Committee declined by 0.77pc whereas 36 items under the Ministry of Industries and Production shrank by 4.89pc whereas 65 items reported by the Provincial Bureaus of Statistics dipped 2.30pc.

The lacklustre performance in the industrial sector reflects overall economic slowdown across various sectors in the ongoing fiscal year. The State Bank of Pakistan estimates the economy to grow by 3.5pc in the current fiscal year.

The auto sector, which has seen massive decline in sales over the last few quarters, witnessed multiple upward price revisions due to currency depreciation, which kept potential buyers at bay. On a yearly basis, the sector registered sales decline in almost all variants during the fourth month of the ongoing fiscal year.

The pharmaceutical sector also suffered due to a considerable lag in regulatory adjustments in prices, which in addition to the weakening of local currency added to the distress on the import-dependent sector.

Similarly, lower sugarcane output and carry-forward from last year’s inventories further dampened the prospects of sugar industry. Among non-metallic mineral products, cement was up 3.33pc in October, led by increase in construction activity.

Moreover, production of cooking oil and vegetable ghee went up by 5.7pc and 5.49pc respectively. However, blended tea production fell by 27.97pc.

According to Annual Plan 2019-20, the industry output is expected to expand in 2019-20 with the implementation of envisaged policy measures. The plan anticipates private sector investment to lead the revival of economic activity with the help of necessary policy and regulatory support through public sector.

However, in the high interest rate environment, it is unlikely that private sector can trigger economic expansion or increase investment.

The impact was more pronounced in the construction-allied industries as demand for housing moderated amid rising building materials prices and higher cost of financing. Certain sector-specific issues also contributed to the LSMI decline.