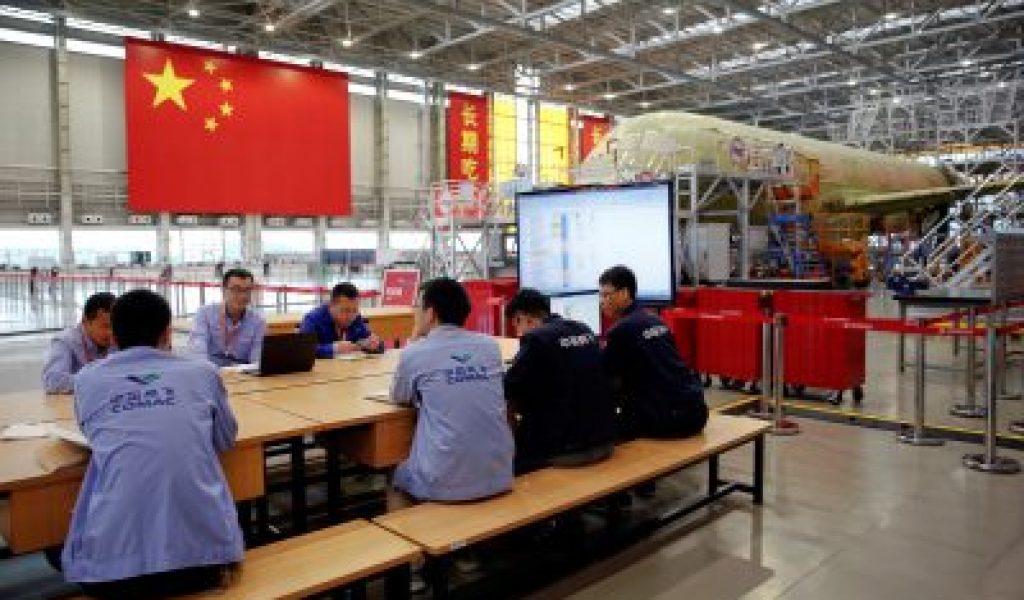 While the world anxiously awaits US President Donald Trump’s next move vis-a-vis China, Chinese leaders remain focused on the next stage of their country’s ongoing economic transformation. China’s industrialisation process, like that of other successful East Asian economies, has combined profit-led investment, active industrial policy and export discipline. But that approach has its limits.

Numerous developing countries have attempted to climb the same development ladder, only to become stuck on the middle rungs or even to fall back, owing to what Harvard economist Dani Rodrik has called ‘premature deindustrialisation’. China hopes to avoid this fate, with the help of ‘China Manufacturing 2025’ (CM2025), a roadmap released by Premier Li Keqiang in 2015 to guide the country’s industrial modernisation. The strategy focuses on developing advanced manufacturing sectors, but also considers how producer services, services-oriented manufacturing and green technologies can complement that process.

CM2025 has sometimes been portrayed as a return to old-school top-down mercantilist practices and import substitution policies. But that reading overlooks China’s active experimentation with industrial and financial policies — experimentation that may hold valuable lessons for policy evaluation and innovation elsewhere. Not only are many developing countries now devising their own strategies for industrial upgrading and diversification — some developed economies, including the United States, are currently seeking to revive their manufacturing bases.

According to China’s strategy, by 2025 the country should have a set of internationally competitive multinational firms that have made progress in upgrading their positions in global value chains. Moreover, by that date, key Chinese industries should have adopted international efficiency standards relating to energy and material consumption and pollution. By 2035, China expects its economy to be fully industrialised.

These broad objectives are underpinned by an array of specific domestic (and international) targets for market share in key areas. For example, production of integrated circuits should rise to 75 per cent of domestic demand in 2030, compared to 41 per cent in 2015.

One of CM2025’s less-noticed components, financial-policy guidance, is also one of its more innovative. In order to reduce the cost of capital for manufacturing firms, the strategy calls for the creation of new financing channels, while instructing China’s development-finance institutions to increase their support for particular ends. Specifically, the Export-Import Bank of China is to strengthen services for manufacturing firms to invest overseas, while the China Development Bank should increase loans to manufacturing firms, with a view to ‘guiding’ financing from other institutions, such as venture-capital and private-equity funds.

This approach, China hopes, can drive progress toward its objectives for upgrading and reform, by creating a set of purpose-built financing vehicles — so-called government guidance funds (GGFs) — that are responsible for allocating public investment funds. As a report by McKinsey & Company puts it, this ‘more market-based investment approach’ is a ‘bold experiment designed to improve the likelihood of success’.

Exemplifying this approach, China’s state-backed Tsinghua Unigroup recently secured RMB150 billion (US$21.8 billion) in new financing to support upgrading in the country’s semiconductor industry. Of that financing, RMB100 billion came from the China Development Bank and RMB50 billion came from the National Integrated Circuit Industry Investment Fund — a national-level GGF created in 2014. The role of GGFs will only grow. In 2015, 297 GGFs were created with slightly more than RMB1.5 trillion (US$220 billion) of available capital — a fivefold increase from 2014. Municipal-level GGFs were the most numerous, but provincial-level GGFs led the way in terms of funding.

Last year, two more national-level GGFs were created: a US$30 billion state venture capital investment fund and a US$50 billion state structural adjustment fund. In both cases, the main shareholder is a holding company owned by the State-owned Assets Supervision and Administration Commission. In January, China’s Silk Road Fund — along with other Chinese investors, as well as investors from Singapore and Japan — founded the US$800 million Hou’an Innovation Fund, to invest in technology start-ups in areas like the Internet of Things, autonomous vehicles, cloud computing, Big Data and artificial intelligence.

Much remains to be seen about CM2025 and the use of these various new investment vehicles. But China appears poised to boost investment significantly in a range of new and advanced technologies in strategic sectors, while retaining equity stakes as they are developed and commercialised. If it succeeds, it will have laid the institutional foundations for new sources of growth. And as the benefits of innovation are diffused throughout the economy China will move closer to its goal of becoming a high-income country.

Richard Kozul-Wright is Director of the Division on Globalization and Development Strategies at the United Nations Conference on Trade and Development (UNCTAD) and is the author of Transforming Economies: Making Industrial Policy Work for Growth, Jobs and Development.

Daniel Poon is an Economic Affairs Officer at the United Nations Conference on Trade and Development.

A version of this article was originally published here at Project Syndicate.