Manufacturing: A Campaign Promise That Cannot Be Kept 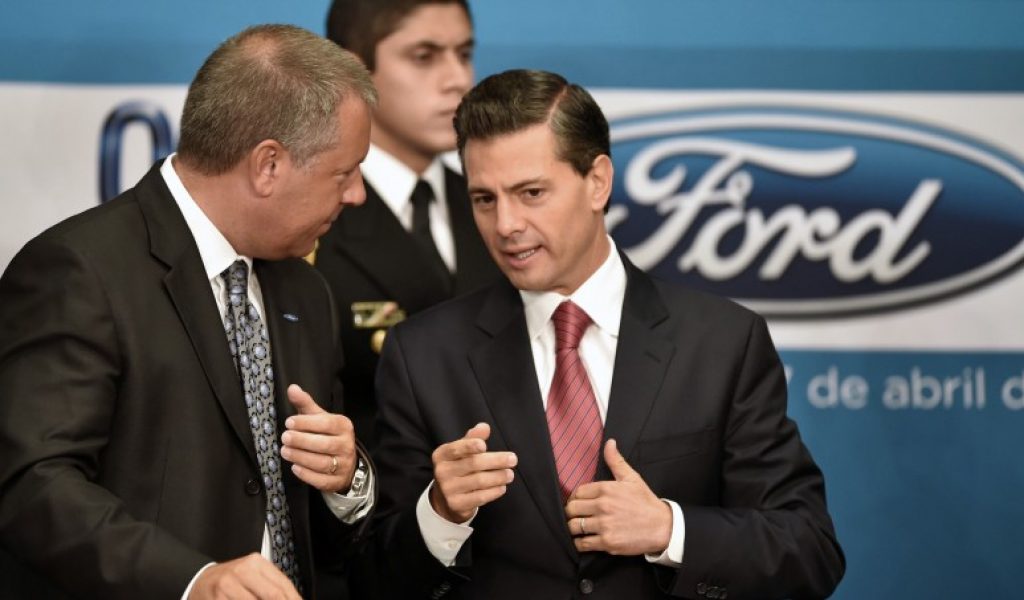 Throughout the race for the White House, President-elect Donald Trump vowed to renegotiate trade deals to restore the manufacturing jobs that have all but vanished from the U.S. economy. In making this promise, he was not breaking new ground; President Barack Obama made similar assurances in his 2008 run for office. And much like his predecessor, Trump will face considerable challenges in fulfilling his pledge, constrained by the geopolitical, structural and institutional forces surrounding him. Without a doubt, the next president will usher in changes to U.S. economic and trade policies. But he will likely find a wide gap between theory and practice as he tries to deliver on many of his campaign promises.

Despite Trump’s threats to unilaterally pull out of NAFTA, any attempt to do so would meet with legal and constitutional objections and resistance from the U.S. business community. The NAFTA trade bloc is one of the largest in the world, and the trade partnership it affords Mexico and the United States is vital to both countries. Mexico is not only the United States’ third-largest source of imports but also its second-largest export destination, accounting for almost $250 billion in 2015. Furthermore, much of the United States’ trade relationship with Mexico, unlike its trade ties with most other countries, is heavily integrated into American supply chains, providing auto parts, raw materials and energy for use in manufacturing.

What is a Geopolitical Diary?

In addition to the problems it would cause with the Mexican and Canadian governments, a sudden withdrawal from NAFTA would hurt U.S. companies with significant operations in Mexico, such as Ford and Wal-Mart. At the same time, pulling out of the free trade agreement and slapping hefty tariffs on imports would likely prompt Mexico to take similar action against the United States, diminishing export revenue. Consequently, the next administration will probably take a slow, methodological approach to its trade relations with Mexico, focusing on the country’s compliance with environmental standards regulations and rules of origin. Trump may highlight a few industries for scrutiny to goad Mexico City to the negotiating table. But the new president will have more important things to worry about than severing trade ties with Mexico — like appointing a Cabinet and filling the vacancy on the Supreme Court with a weak Republican majority in Congress.

Trump will have an easier time cracking down on trade with China. Even so, he is unlikely to target all Chinese exports with cumbersome tariffs. The United States imports primarily finished products from China, such as smartphones, televisions, toys, textiles, footwear and light bulbs — items no longer manufactured domestically. Building the factory capacity necessary to enable the United States to phase out Chinese imports cannot happen overnight. In the meantime, jacking up tariffs on Chinese goods will only increase the price of those products, forcing Americans to pay more, consume less or purchase items imported from elsewhere.

Instead of introducing comprehensive restrictions on Chinese goods, the Trump administration is more likely to focus on specific areas, pushing for anti-dumping regulations on industrial goods that the United States still produces, such as steel. Trump could also explore other ways to challenge China, for instance, through existing World Trade Organization regulations on Beijing’s manufacturing subsidies. But if Trump took such measures to try to compel China into more comprehensive talks on trade, he would be disappointed. Beijing has spent the past decade trying to diversify its economy, and though the United States is its largest trade partner, domestic consumption is driving much of its economic growth today. (Exports rose just 1.6 percent on average each year from 2013-15.)

At home, the new president will face an even greater challenge. Although Trump may be able to protect existing manufacturing jobs in the United States, revitalizing the country’s manufacturing sector and creating jobs in new industries will be a struggle. Already, many companies are moving their manufacturing operations from China to cheaper destinations such as Indonesia. Moreover, many of the products that the United States imports from China include components produced elsewhere in Asia. Most computer chips in exported Chinese electronics products, for instance, come not from China’s tiny superconductor industry but from other producers in the region, such as Taiwan. Companies will be loath to move away from their established supply chains in Asia, or, for that matter, their consumer base. Asia boasts the largest growing consumer economy in the world today. Only 40 percent of Apple Inc.’s revenue comes from North America, while China alone accounts for roughly 25 percent.

Whether manufacturing returns to the United States depends on long-term trends in technology and manufacturing, many of which will still be playing out well after Trump leaves office. Over time, more and more industries will adopt new manufacturing techniques, including automation, that are gradually revolutionizing how products are made. So far, most industrial robots are concentrated in the electronics and auto industries, but they will become more prevalent in the coming years. Even with the advent of new production techniques, manufacturing could well remain in countries with cheaper labor and a more technologically proficient workforce than the United States has to offer. Throughout Asia, workers with technology skills are readily available at a lower cost, and they may be able to adjust to new technologies just as easily as American workers. And even if changes in technology spark a renaissance in U.S. manufacturing, it will probably not create a glut of new jobs, since machines will be doing the heavy lifting.

Though Trump’s trade and manufacturing policies appealed to many voters in the hollowed-out heart of the U.S. manufacturing industry, they will be difficult to bring to fruition. As president, Trump may take a more active approach to challenging the geopolitical factors that stand in his way. But no amount of renegotiating, or even abolishing, trade deals will be able to restore the country’s manufacturing sector to its former glory.