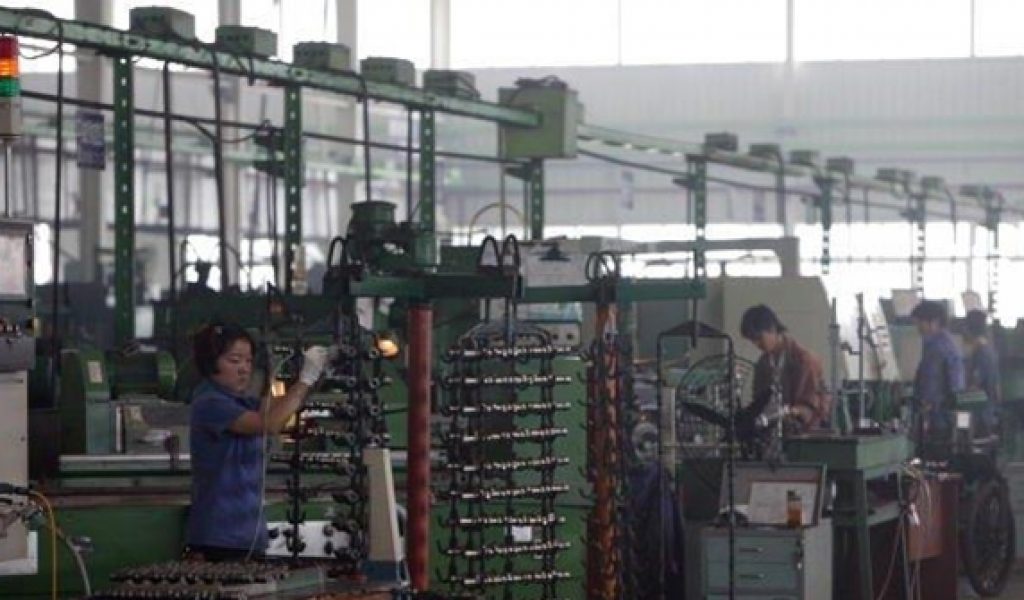 China’s manufacturing shrank in July, the government said on August 1, blaming the deterioration on rainstorms that wreaked havoc across large swathes of the country.

It was the first time since February the official purchasing managers’ index (PMI) showed contraction, and according to a Bloomberg News survey it missed economists’ expectations it would flatline.

The official PMI came in at 49.9 for July, down from 50.0 the month before and underlining problems in the world’s second-largest economy.

The National Bureau of Statistics attributed the slowdown to summer downpours, which hit the industry-heavy middle and lower reaches of the Yangtze River particularly hard.

Investors watch the PMI figures closely as the first reading on the health of the economy each month.

The key manufacturing sector has been struggling for months in the face of sagging global demand for Chinese products and excess industrial capacity left over from the country’s infrastructure boom.

ANZ economists said July’s figures “do not bode well” for China’s economic growth in the second half of the year.

“The traditional manufacturing sector is likely to continue to face strong headwinds as efforts to reduce overcapacity continue,” they said in a report.

China is a vital driver of global growth, but its economy expanded only 6.9% in 2015 — its weakest rate in a quarter of a century — and has slowed further this year.

Beijing has said it wants to reorient the economy away from relying on debt-fueled investment to boost growth and towards a consumer-driven model, but the transition has proven challenging.

Unusually, the private Caixin Purchasing Managers’ Index, which focuses on small companies, was more positive than the official figure.

Its reading jumped to 50.6 in July from 48.6 in June — the first expansion since February 2015 — the Chinese financial magazine said in a joint statement with data compiler IHS Markit.

Its sub-indexes for output, new orders and buying activity all returned to growth on “stronger domestic demand,” even though export sales declined marginally.

“This indicates that the Chinese economy has begun to show signs of stabilizing due to the gradual implementation of proactive fiscal policy,” Caixin analyst Zhong Zhengsheng said.

“But the pressure on economic growth remains, and supportive fiscal and monetary policies must be continued.”

While the official PMI pointed to softened momentum in manufacturing, the NBS’ reading for the service sector showed continued strength, reaching 53.9 in July, the highest in seven months.