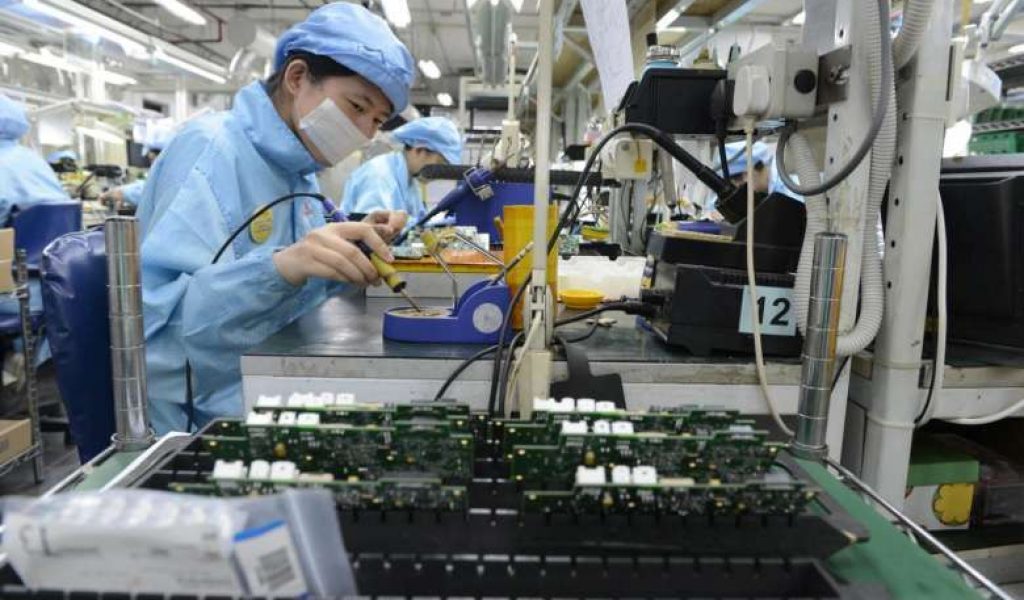 SINGAPORE – The improving global economy has helped lift Singapore’s manufacturing sector but its run of strong growth seems to be showing signs of tapering.

The Purchasing Managers’ Index (PMI) – an early indicator of manufacturing activity – logged its eighth straight month of expansion in April.

The PMI came in at 51.1 last month according to data released on Tuesday (May 2), a slight dip from March’s 51.2 reading. A reading of 50 and above indicates expansion.

Strong global demand for electronics – in particular, semiconductors – has given Singapore’s manufacturing sector a shot in the arm since the fourth quarter of 2016.

April’s slightly slower rate of expansion was attributed to declining growth rates of domestic and export orders, as well as inventory and employment.

However, the declines were cushioned by an increase in the expansion rate of factory activity.

The data was compiled by the Singapore Institute of Purchasing and Materials Management (SIPMM) from a monthly poll of purchasing executives at about 150 industrial firms.

“The latest PMI reading indicated that the local manufacturing sector has sustained continued growth despite uncertainties in the global environment,” the institute said.

The survey also showed PMI for the electronics sector came in at 51.6 last month, down from 51.8 in March. This was the ninth consecutive month of expansion.

The slower rate was attributed to a dip in growth of new orders, factory output and inventory. Stocks of finished goods also shrank after logging seven months of expansion.

While the declines are marginal, the moderation in domestic and export order growth suggests “some degree of softening demand”.

“It has been a fantastic run for the manufacturing sector but at some point in time, the growth rate would naturally start to ease off,” Mr Seah added.

Singapore’s latest PMI numbers are in line with a pullback in manufacturing PMIs across the region, including in China, Taiwan and the Philippines, she noted.

But most Asian manufacturing PMIs – except South Korea and Thailand – remained in positive territory in April.

“Looking ahead, given the deleveraging and tightening regulation concerns in China, and ongoing US-initiated trade talks, it remains to be seen if there will be further spillover implications for Asia in the coming months,” said Ms Ling.

“While we do not expect a V-shaped manufacturing recovery in 2017, it also looks like the global semiconductor upswing has more to run. As such, we wouldn’t read too much into the small pullback in the manufacturing and electronics PMI prints at this juncture.”