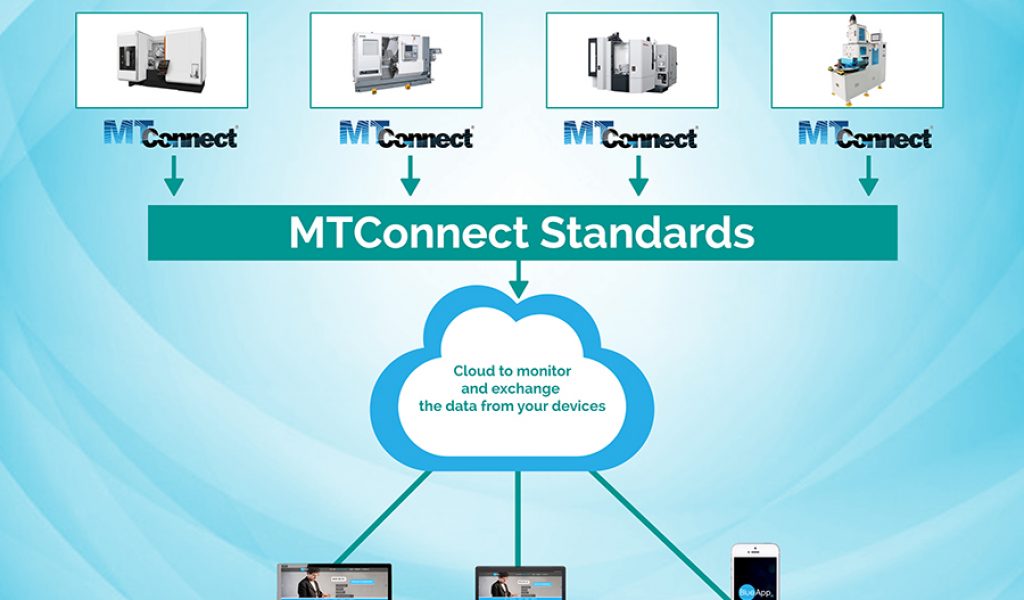 The U.S. manufacturing technology market has been weak since oil prices began to drop dramatically in June 2014. Orders peaked on a monthly basis that September at $643 million and bottomed out at $260 million in June 2016. IMTS – The International Manufacturing Technology Show, held in September 2016, rekindled the market, but it was not until March 2017 that year-over-year numbers began to consistently show a positive, accelerating trend upwards. Now, three months later, June figures are up 10 percent over June 2016 and represent the volume and growth that supports an announcement that the manufacturing technology market is officially expanding.

“If the USMTO numbers aren’t convincing enough that a recovery is underway, certainly the buzz among our members underscores that a recovery is indeed underway,” said AMT President Doug Woods. “Members have shared that the aerospace supply chain in the Midwest is hot; auto orders doubled between May and June; and sales in the Southeast exploded. Over the next six months, they look forward to a broadening of the recovery into areas like agricultural, construction, power generation and off-road machinery industries.”

The USMTO data supports the anecdotal evidence from AMT members. Automotive-related orders were up 109 percent from May and the aerospace industry’s bookings of new production technology were up 47 percent. While the largest growth by any region is the 42 percent increase in orders originating in the states from Tennessee north to Michigan, the Southeast and West are posting the fastest growth rates year-to-date in manufacturing technology orders.

Key indicators that businesses in the manufacturing technology sector rely on have been improving steadily. Housing starts are an important indicator of trends as every new house has at least seven new appliances, a car in the driveway, and a consumer or two with disposable income. In June, housing starts topped 1.2 million which isn’t at peak levels but continues an upward trend in the indicator. The increase goes hand-in-hand with the continuing strength of consumer confidence which, according to the University of Michigan’s Consumer Confidence, has been over 90 since September 2016.

It isn’t only the consumer that is fostering growth in the need for additional manufacturing capacity. USMTO tracks well with the Purchasing Managers’ Index (PMI) produced by the Institute of Supply Management. Any mark over 50 represents an expansion and the index is 56.3 in July, up from the June level. Business’ profitability over the past three quarters primes the pump for expansion on corporate investment in new durable goods and production equipment.

Mark Killion, Director of U.S. Industries for Oxford Economics, noted, “Recent increases in new orders for machine tools are supported by a better environment for business investments in the U.S. and globally, especially in the sectors for metals products, electrical and industrial machinery.”

AMT has recently replaced one of its key indicators with the Gardner Business Index (GBI) which tracks well with USMTO and turned upwards markedly in December 2016, about 90 days before the recognizable upturn in USMTO.
“As we expected, machine tool orders have performed well in recent months. The backlog index from the GBI: Metalworking bottomed out in January 2016. The backlog index tends to lead machine tool consumption by 14 to 20 months. Since the backlog is still growing at an accelerating rate, we expect solid growth in machine tool orders through at least the end of 2017,” commented Steve Kline, Director of Market Intelligence, Gardner Business Media and creator of the GBI.

The United States Manufacturing Technology Orders (USMTO) report
These numbers and all data in this report are based on the totals of actual data reported by companies participating in the USMTO program. This report, compiled by AMT – The As-sociation For Manufacturing Technology, provides regional and national U.S. orders data of domestic and imported machine tools and related equipment. Analysis of manufacturing technology orders provides a reliable leading economic indicator as manufacturing industries invest in capital metalworking equipment to increase capacity and improve productivity.

About AMT – The Association For Manufacturing Technology
AMT represents U.S. based firms dedicated to the design, production, sales and support of manufacturing technology, including machine tools, automation, additive, metrology, and digital components. Located in McLean, VA, with technical centers in Mexico, Brazil, India and China, our team includes market researchers, data analysts, and technology experts that allow AMT to offer an unparalleled level of service to our members. MTConnect®, a registered trademark of AMT, is the open source, royalty-free interconnectivity standard of choice for manufacturing. AMT produces IMTS – The International Manufacturing Technology Show, one of the world’s preeminent stages for introducing and marketing manu-facturing technology and equipment. Covering 1.3 million-sq.-ft., IMTS attracts more than 115,000 registrants from more than 120 countries at McCormick Place in Chicago. IMTS 2018 runs Sept. 10-15. Visit IMTS.com.