Mazak Adds Another Plant to its Smart Network 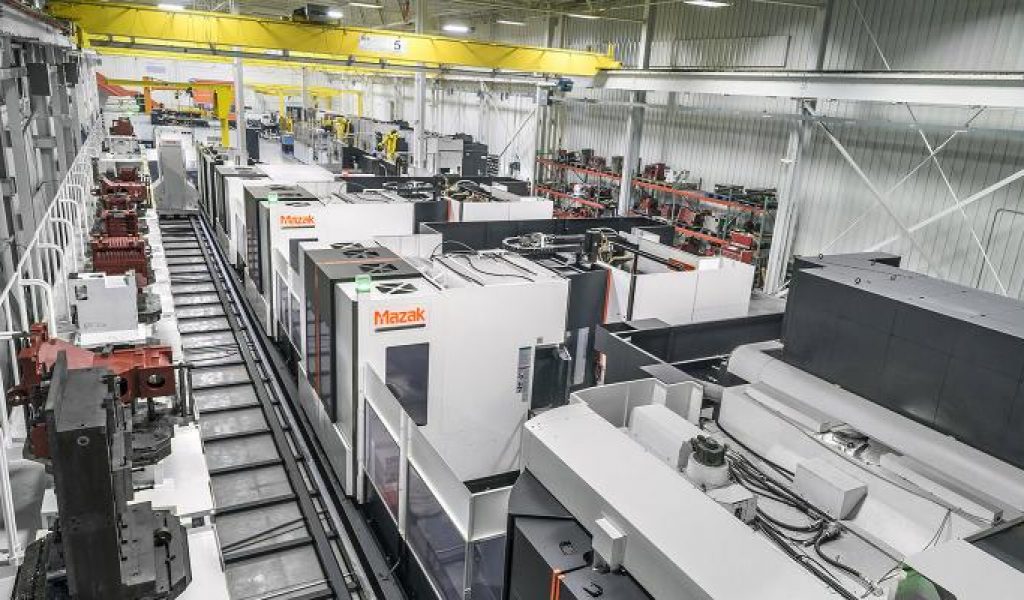 Machine tool giant Mazak has passed another milestone in its drive to expand “smart manufacturing”, announcing full digitization of its manufacturing plant at Oguchi, Japan. The manufacturer emphasizes data analysis and machine connectivity in its designs — specifically using the MTConnect® open communications protocol and customized data-collection technology — and applies these in its own machine tool production processes, too.

“There is little doubt in the industry that MTConnect will soon be the standard worldwide and the foundation of tomorrow’s digitized manufacturing operations,” stated chairman Brian Papke. “At Mazak, we’ve experienced double-digit increases in productivity and machine utilization in each facility immediately after the implementation of digital process monitoring through MTConnect and our SmartBox technology.”

SmartBox is a network device that collects data from and supplies information to individual machines, and communicates with a wider network via the open protocol.

Oguchi is one of five Mazak plants in Japan, its headquarters location and the site of its R&D operations. The plant manufactures a range of horizontal and multi-tasking machines. A new plant Mazak is building at Inabe City, southwest of Tokyo, is designed according to the “iSMART Factory” concept and will begin producing machine tools in 2019.

Mazak’s first iSMART Factory is its plant in Florence, Ky., which manufactures the complete line of Mazak machine tools. The plant is organized as a series of advanced manufacturing cells and production systems in order to maximize productivity and flexibility. The MTConnect protocol links the machines, work cells, individual devices, and discrete processes, collecting process and product data from each one.

The iSMART Factory concept achieves “free-flow data sharing,” to optimize manufacturing by coordinating all available technology, information, and resources, in line with the theories projected as the industrial Internet of Things (IoT).

In addition to its two ISMART Factories and the one in development, Mazak indicated it would report further details in September.