Micron Forecast Triggers Concern That Best of Rally Is Over 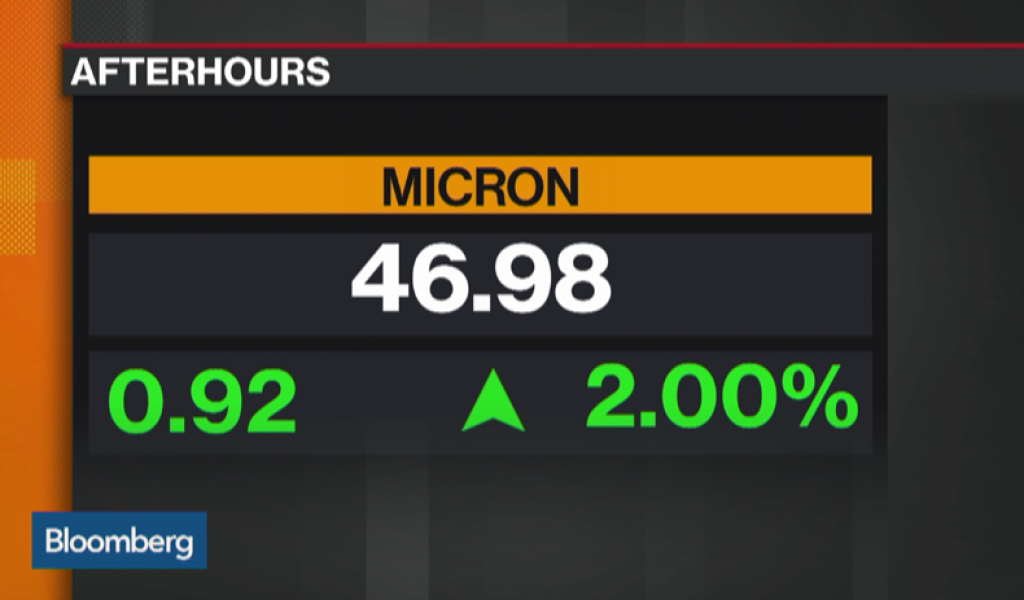 Micron Technology Inc., the largest U.S. maker of memory chips, gave a revenue forecast that fell short of analysts’ estimates, adding to concern that a two-year surge in demand for its products is fading. The stock fell about 4 percent in early trading Friday.

Sales will range from $7.9 billion to $8.3 billion in the current quarter, the Boise, Idaho-based company said. Analysts predicted, on average, $8.45 billion, according to data compiled by Bloomberg. The company said profit, excluding certain items, will be about $2.95 a share, compared with analysts’ average estimate of $3.07.

Shortages of microprocessors are hurting shipments of computers, and inventory reductions by some customers will weigh on demand in the period ending in November, Micron executives said on a conference call. Chief Executive Officer Sanjay Mehrotra said underlying demand for memory chips remains strong and near-term fluctuations don’t herald a broad-based downturn.

“What people have to understand is the industry is structurally different,” Mehrotra said in an interview. “Demand drivers are diversified.”

Gross margin, or the percentage of sales remaining after deducting the cost of production, will be 57 percent to 60 percent, Micron said. U.S. tariffs on good imported from China may dent profitability, the company said.

Earlier, Micron reported its eighth straight quarter of at least 19 percent year-over-year revenue growth. Some analysts and investors are betting that it will be hard to sustain if the memory chip industry suffers a glut of supply and falling prices, as it has in previous cycles. Micron argued that, unlike in the past, the company isn’t wholly reliant on the market for personal computers and smartphones, and demand from new markets, such as cars and servers, will sustain growth.

The company said it will increase spending on new plants and equipment to $10.5 billion in the current fiscal year. Much of the extra capital will go toward equipment needed to solve the technical challenges of improving production techniques, rather than on increasing output, Micron said. Mehrotra also predicted that the increase in supply of storage chips that has hurt pricing this year will slow in the first half of 2019.

Micron competes with Samsung Electronics Co. and SK Hynix Inc. in the market for computer memory. It also faces those South Korean companies and Japan’s Toshiba Corp. in the market for different chips that store data in mobile devices and computers. Samsung, which has more than 40 percent market share in both types of chips, is planning to curtail memory chip output growth next year to keep supplies tight amid slowing demand, according to people briefed on the matter, Bloomberg reported earlier Thursday.

Micron posted a net loss as recently as 2016, highlighting the volatile nature of this part of the semiconductor industry. Signs that inventory is building and prices are falling — typical markers for a downturn — have weighed on Micron’s stock price this year.

Profit, excluding certain items, was $3.53 a share in the fiscal fourth quarter, the company said in a statement. Revenue jumped 38 percent to $8.44 billion. Analysts had predicted profit of $3.33 a share on sales of $8.25 billion, according to data compiled by Bloomberg.

Micron’s shares closed at $46.06 in New York before the results were announced. The stock has gained 12 percent this year.