NE Asia manufacturing continues to be strong in April 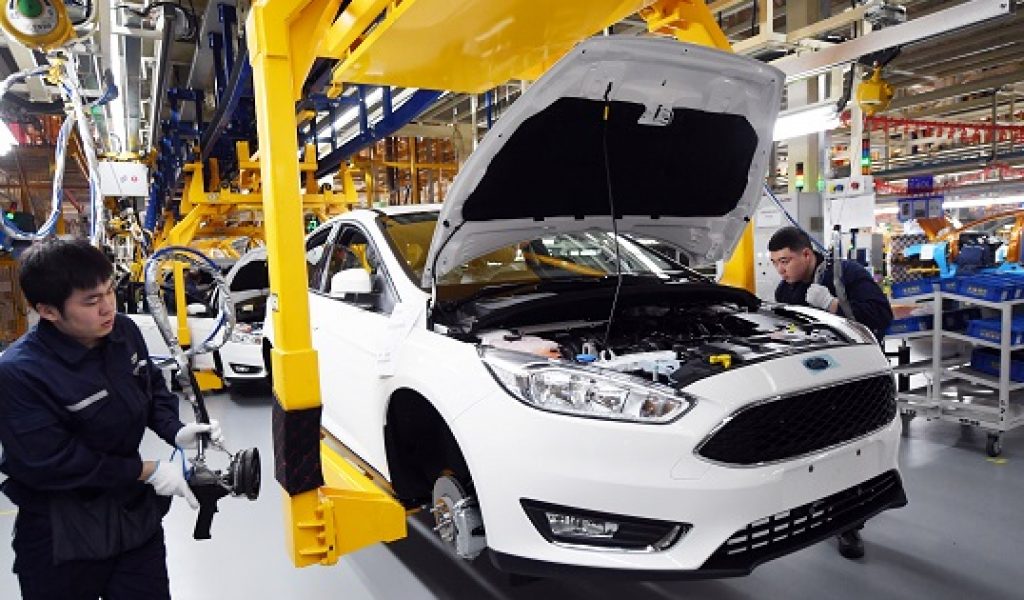 SINGAPORE (ICIS)–Manufacturing activity across northeast Asia continued to be strong last month with the exception of South Korea and despite regional bellwether China reporting a decline in its official purchasing managers’ index (PMI).

PMI is a barometer of an economy’s manufacturing activities, with a reading of 50 and above indicating expansion.

China’s official manufacturing PMI moderated to 51.2 in April from 51.8 in March, with most sub-indices showing declines.

Meanwhile, the purchasing price sub-index fell sharply by 7.5pp to 51.8, pointing to further easing of inflationary pressures on the producer side.

“The still-high output and new orders sub-indices suggest growth momentum likely remained resilient in April, albeit slower than in a strong March,” Nomuura Global Markets Research said in a note.

Meanwhile, the private manufacturing PMI index by Chinese media group Caixin fell to 50.3 in April from 50.3 in March.

The sub-indexes of output and new business both fell to the weakest levels since September, while the employment index dropped to the lowest in three months.

“The Chinese economy may be starting to embrace a downward trend in the near term as prices of industrial products decline and active restocking comes to an end,” said Zhengsheng Zhong, the director of macroeconomic analysis at CEBM Group.

Looking ahead, the analysts at Nomura said that they see downside pressures looming and has maintained their call “for a shallow slowdown through the course of this year”.

Nomura expects China’s year-on-year industrial production growth to slow to 7.2% in April from 7.6% in March.

The Japanese media group said that falling export sales to China was a notable factor behind the ongoing weakness in business confidence last month.

Both production and new orders continued to decline during April, and data revealed that new export orders fell to the greatest degree since last October.

“There were reports from panellists that demand from China continued to fall, in part undermined by the ongoing political tensions around Terminal High Altitude Area Defense (THAAD),” Nikkei said in a statement.

Diplomatic tensions between China and South Korea arose earlier this year following the latter’s decision to allow the deployment of the against missile threats from North Korea.

The strong value export growth has been driven by higher export prices in the semiconductor, petroleum and chemical sectors, Nomura said.

The country’s export growth will stay strong in the second quarter but is expected to moderate in the second half of this year, the research firm said.

“We believe that export growth in Korea – and other Asian countries – will likely experience a sharper slowdown in 2018, which is when we expect the electronics cycle to turn lower and China’s GDP growth to ease to 6.2% in 2018 from 6.7% in 2017,” it said.

In Japan, manufacturing activity showed improvement in April as export sales strengthened amid reports of higher demand, while purchasing activity was raised to the greatest degree since the start of 2016.

Nikkei’s Japan manufacturing PMI edged higher to 52.7 in April from 52.4 in March. Posting above the 50.0 no-change mark for an eighth successive month, the index was at a level amongst the best seen in the past three years.

“Supported by strengthening overall demand across the South East Asia region, exports are a key driver of growth, particularly for capital goods, with the PMI data again revealing the investment goods sector as the engine of overall expansion in April,” said Paul Smith a senior economist at IHS Markit.

Taiwan’s manufacturing activity meanwhile continued to improve in April but the latest upturn was the weakest since last October, according to Nikkei.

The Nikkei Taiwan Manufacturing PMI fell to fell to 54.4 in April from 56.2 in March amid a drop in output and new orders.

“Overall, the sector looks on track to support a stronger pace of economic growth this year, with IHS Markit forecasting Taiwan’s GDP to expand by 1.8% in 2017, up from 1.5% in 2016,” she added.