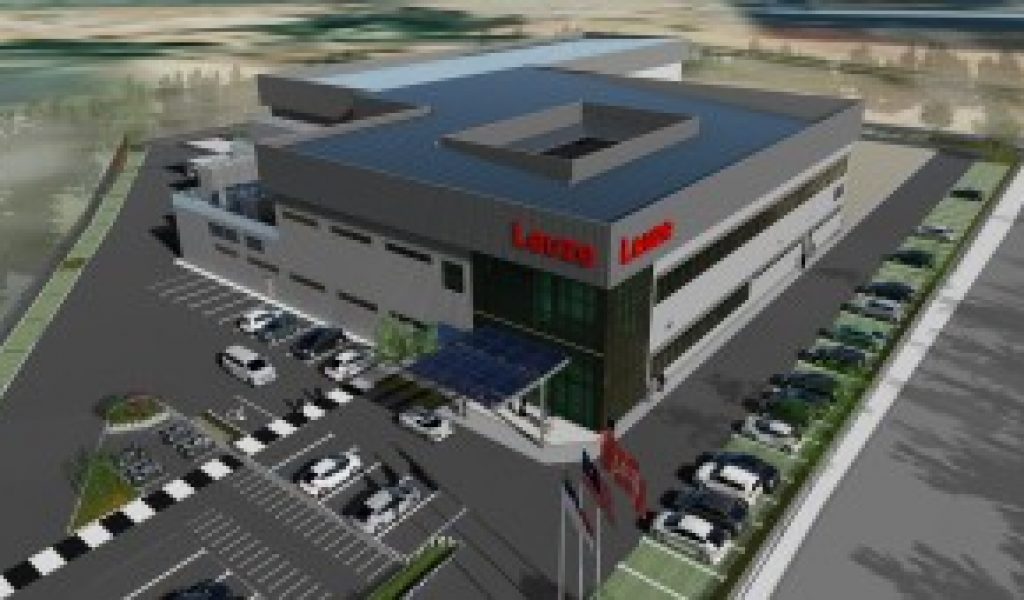 To tap into the Southeast Asian market, Leuze had already established a subsidiary in China in 2006. Another followed in Singapore in 2015. Due to the high demand from the Asian markets, another international Leuze production location, which supports the multi-location production strategy of the company, is being constructed along the New Silk Road in Malacca, Malaysia.

Focus and differentiation as success factor
“The construction of a new plant in Malaysia in Southeast Asia represents for us a strategically important component in our global growth strategy,” explains Matthias Höhl, Vice President Asia at Leuze. “Asia is a rapidly growing market in the area of electronics and promises significant undeveloped potential. For example in the area of laboratory automation, one of our focus industries,” he mentions, in justification of this step. The entire Leuze company is oriented toward a proactive differentiation and focusing policy. This means designing the technology in such a way that it provides a tangible benefit and added value to Leuze customers with respect to their specific applications. This, paired with the in-depth application know-how acquired over decades and the Sensor People’s many years of experience in their focus industries, is the strength of Leuze – and simultaneously how the company differentiates itself on the market. “One of our focus industries is laboratory automation. We are especially strong in this market segment in Asia and are an important partner for many Asian customers. We want to be located in their vicinity to supply them even faster and better,” explains Höhl.

New production plant creates workplaces
The new production location operates as Leuze electronic assembly Malaysia Sdn. Bhd. and is a wholly-owned subsidiary of Leuze electronic GmbH + Co. KG. The plant is being constructed on a site area spanning over 17,000 square meters. Completion is scheduled for the first quarter of 2022. In an initial expansion phase, approximately 4,500 square meters will be prepared for production and warehouse logistics operations as well as 1,000 square meters for administration. The total usable floor space will be just under 7,000 square meters – of which approximately 2,000 square meters will be used for production. Growth potential exists for a doubling in a second construction phase. Following the initial expansion phase, up to 200 new employees will work in the new Leuze plant in Malacca.
The essential features of the Leuze factories duplicate those of our main production facilities at the headquarters in Owen in southern Germany. “Our production facilities have the same layout worldwide: work islands are constructed, tested and duplicated in Germany and can be used anywhere in the world,” reports Sebastian Raible, Director Global Projects Operations and project manager of the construction project in Malaysia.

Production for the local market
With the new production location, Leuze’s continental structure in Asia will be expanded further. “By producing our sensor solutions at multiple locations around the world, our logistics flows can be optimized and the delivery capability further improved,” says Jochen Wimmer, COO of the Leuze Group. Production currently already takes place in Germany, in the USA, in Brazil and in China. In Malacca, Leuze will primarily produce sensors for the local Asian market. “A multiple-location production strategy contributes to the optimization of our production strategy worldwide. During the coronavirus pandemic, for example, transfers and compensations are possible that positively influence our global capability to act and deliver with respect to our international customers. This allows us to significantly minimize risk. Particularly since we make a system-relevant contribution, for example, in intralogistics and in laboratory automation with the use of our sensors,” explains Jochen Wimmer, COO Global at Leuze.