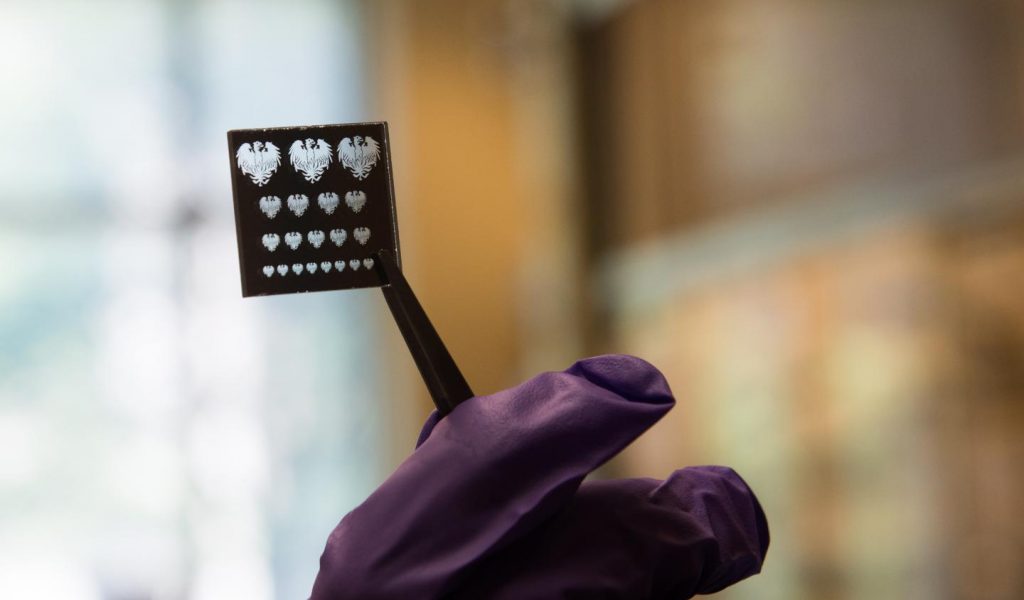 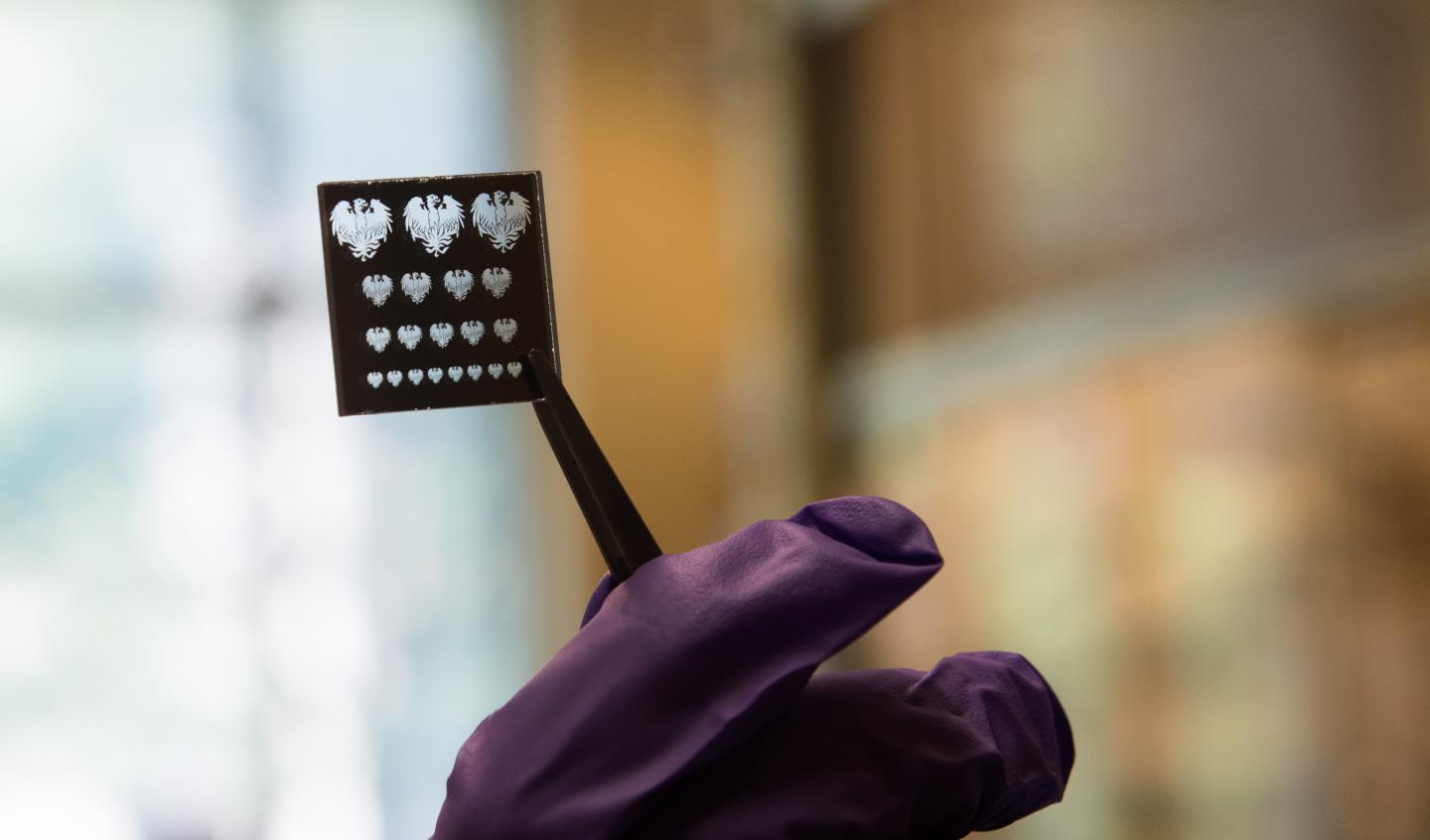 A ‘mask’ or stencil used to pattern nano materials with a new process that promises to make them far easier to make into LEDs, solar cells, transistors and other electronics. Courtesy of University of Chicago.

Scientists at the University of Chicago (UChicago) and Argonne National Laboratory say their discovery could make building nanomaterials into complex structures for uses in LED displays, cellular phones, photodetectors and solar cells much more attainable.

“This is a step needed to move quantum dots and many other nanomaterials from proof-of-concept experiments to real technology we can use,” said Dmitri Talapin, professor of chemistry at UChicago and a scientist with the Center for Nanoscale Materials at Argonne. “It really expands our horizons.”

The foundation of modern computing is a tiny switch called the transistor, made billions at a time by a technique called photolithography. This process, which has made smartphones cheap and ubiquitous, carves a stencil out of a layer of organic polymer by laying down a patterned “mask” and illuminating it with ultraviolet light. After the new material is deposited on top, the polymer stencil is lifted off to reveal the pattern. Several rounds of such patterning build a miniature transistor onto the material.

The method is not foolproof and has limitations, as only a few materials can be patterned this way.

The new technique, called DOLFIN, makes different nanomaterials directly into “ink” in a process that bypasses the need to lay down a polymer stencil. Talapin and his team carefully designed chemical coatings for individual particles. These coatings react with light, so if you shine light through a patterned mask, the light will transfer the pattern directly into the layer of nanoparticles below — wiring them into useful devices. 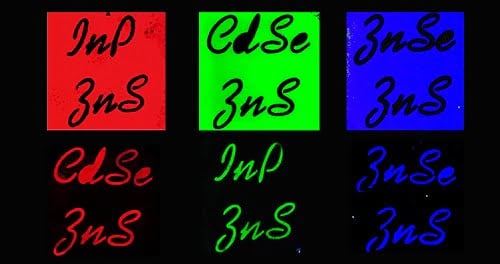 “We found the quality of the patterns was comparable to those made with state-of-the-art techniques,” said Yuanyuan Wang, postdoctoral researcher at UChicago. “It can be used with a wide range of materials, including semiconductors, metals, oxides or magnetic materials — all commonly used in electronics manufacturing.”

The team is working toward commercializing the DOLFIN technology in partnership with UChicago’s Polsky Center for Entrepreneurship and Innovation. Their research has been published in the journal Science (doi: 10.1126/science.aan2958).