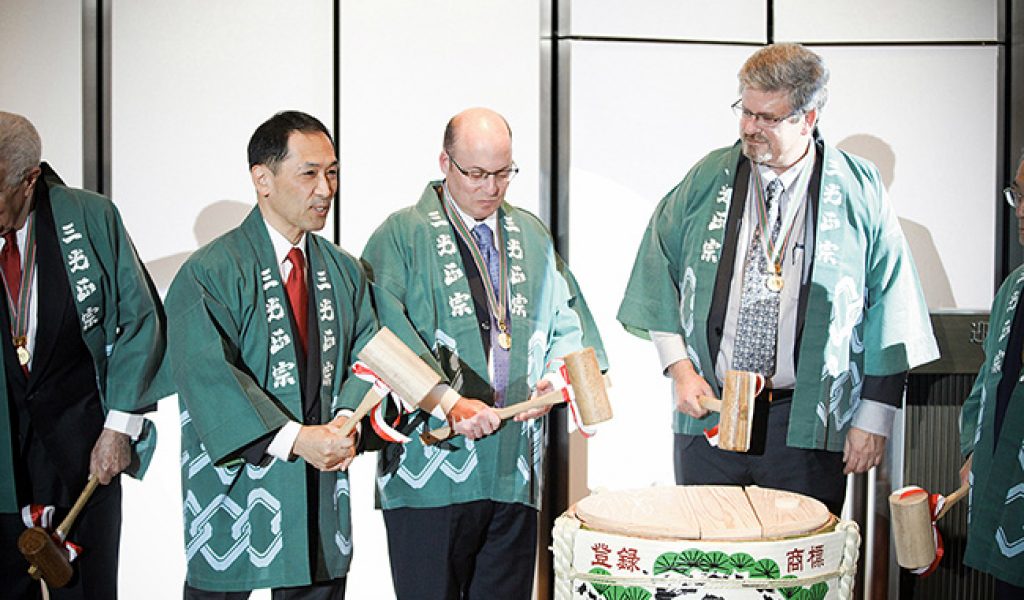 Tetsuro Nishimura, President of Nihon Superior, commented, “Today we are able to celebrate our 50th anniversary, and this is due entirely to the support of our customers, partners and staff. I would like to express my thanks to every single person related to Nihon Superior. Our main product, SN100C®, is now widely known and has been listed in the world’s standard ISO9453:2014. We also now have the new SN100CVTM alloy that does not contain Ag, but is even stronger. We also have Alconano® for an alternative joining material for high-lead die bonding. We want to develop new markets and one of our target fields is those that have not yet started using lead-free or have given up on converting to lead-free solder.” Mr. Nishimura also explained that Nihon Superior plans to strengthen its developments based on recent research findings. The company’s mission is to continue to offer high-reliability joints to customers in the best possible way.

Toshiro Nishimura, Chairman and founder, recalled the days when he started the company by importing brazing alloys. Now with three generations – himself, his son and his grandson – working together, he mentioned, “There is nothing better than this. Thank you to everyone for your continuous support.