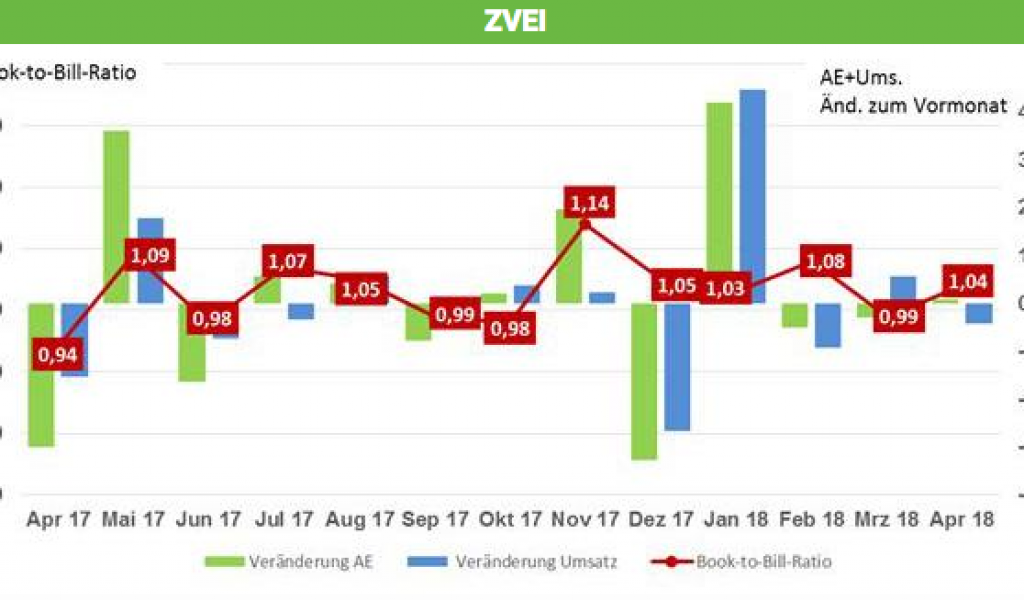 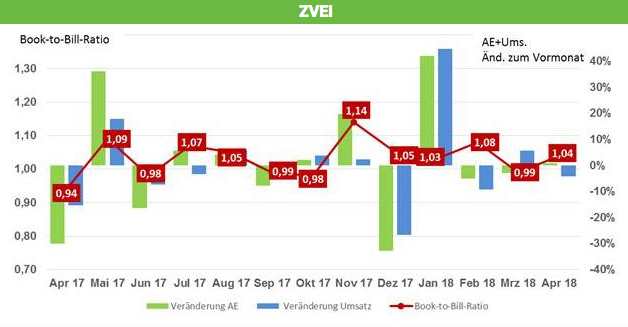 Sales figures reported by PCB manufacturers in the D/A/CH region (Germany-Austria-Switzerland) continue to grow on a long-term trend.
YTD, sales figures saw an increase of eight percent over the same period in 2017. As a result, the existing production capacities are well utilised, writes industry association ZVEI trade association PCB and Electronic Systems. Compared to March 2018, the volume fell by four percent, but it was 13 percent higher than that reported for April 2017.

Order intake in April increased with 25 percent YoY, offsetting the short-term decline in March 2018. Cumulatively, growth in the first four months of 2018 was four percent when compared to the same period in 2017.

With the exception of March, the book-to-bill ratio continued to be above that recored for November 2017. In April it stood at 1.04.