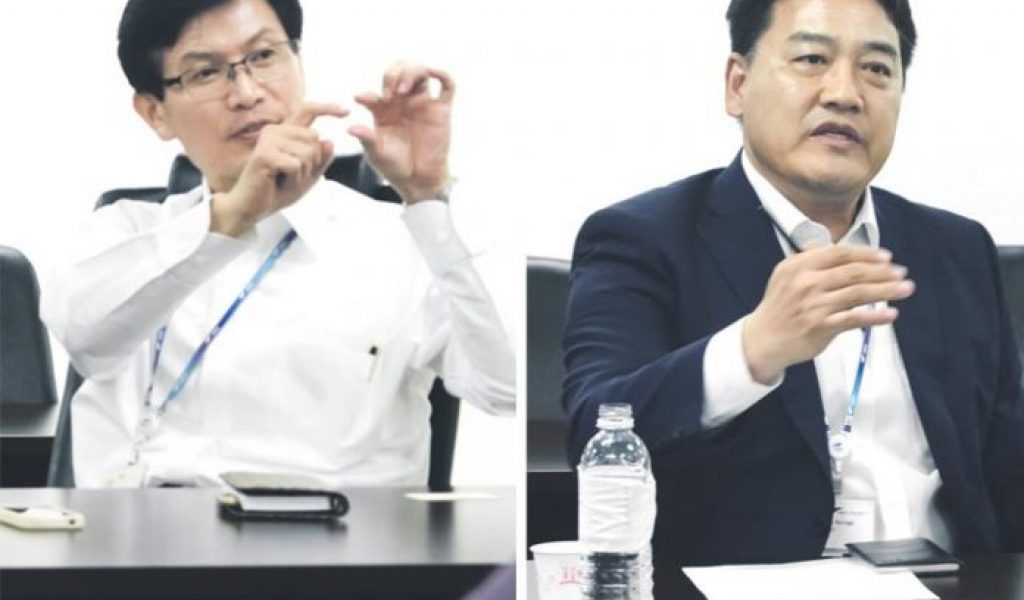 CLARK, Pampanga—Outgoing SFA Semicon Philippines Corp. (SSP) President Byeongchun Lee bared his plan to push SFA Group Philippines to become the hub of its global semiconductor manufacturing in Asia once he assumes the position as head of operations for SFA Semicon Korea (SSK) this month.

The company is being positioned by its parent firm SSK as the outsourced semiconductor assembly and test (OSAT) production center of the group in the region. SSK has manufacturing operations in South Korea, while also managing a subsidiary that produces memory devices in China.

“Our strategy is to make the Philippines the hub of many factories [we have] in Asia. I would like to transfer here some of our products from [South] Korea and China, as well as expand our customer base,” he told the BusinessMirror in an interview.

SSP is the rebirth of Phoenix Semiconductor Philippines Corp., listed in the local bourse in December 2014. Since its opening in 2011, it has had consistent growth and profitability due to its business partnership with its valued client, technology giant Samsung.

Lee said the company is undertaking the expansion of its world-class manufacturing facility in the Clark Freeport Zone to increase production capacity and serve more customers apart from Samsung starting in the fourth quarter this year.

Construction of Phase 2 facility, with a gross floor area of 18,000 square meters, is ongoing, with more than 50 percent of its first stage now completed and has generated jobs for about 1,000 engineering and construction personnel since January 2017.

Lee said they are on track to finish it by August, and begin the installation of equipment in September this year.

The memory-semiconductor assembly company has allocated $70 million in capital expenditure (capex) for the initial portion of this development, which is just in time for trial productions for new clients in the fourth quarter.

The second stage is scheduled to be built starting 2019 and set for completion by 2020. It will have a capex of about $170 million.

Once fully operational, SSP will employ another 1,500 production-floor employees and support staff, doubling its total manpower to around 3,000. Output-wise, its overall footprint will be 50 percent more with the addition of the second semiconductor assembly, packaging and testing facility.

The top executive is optimistic to achieve these targets, as the company diversifies its business portfolio from merely manufacturing traditional PC, server and notebook memory devices to those of mobile products like smartphones, tablets and other small gadgets for new clients.

“We keep our continuous business partnership with Samsung and, additionally, accommodate other big customers,” Lee added, without divulging further details on their ongoing transactions.

He hinted, though, they are eyeing to close deals with at least 10 big global tech brands, mostly Americans and a few Taiwanese, until 2018 since they are negotiating with them in advanced stages one step at a time.

Apart from leveraging on SSP’s proven manufacturing track record to serve the exacting standards of global leader Samsung, he expects these international electronics companies will choose to work with them because of the country’s good location, attractive labor cost, logistics advantages, and highly competent human resources.

“Also, the government is very supportive,” he said, referring to the sound economic policies of President Duterte that create a conducive business environment for foreign investors like SSP through government agencies like the Base Conversion and Development Authority and Clark Development Corp.

The strategic expansion of the company’s manufacturing facility, products and clientele augurs well with its improving business, following its losses last year brought about by global uncertainties and cyclical developments of the semiconductor industry.

Lee, who shall move up as the COO of SSK in South Korea, is confident about the prospects of its Philippine subsidiary under Byunggil Go, who takes over the presidency effective July 3. He has been president since 2010.

Go should fill in ably as the new chief executive of the country’s leading memory-semiconductor assembly company as he was the head of manufacturing of SSK for five years until his new assignment. He also brings with him 20 years of experience as senior manager of Samsung Electronics.

“I am honored to assume the presidency of SSP, which has steadily grown and delivered consistent profitability in its almost seven years of operations,” Go said, adding the company under his leadership is ready to leverage on the industry’s strong recovery, given the uptrend in the business cycle beginning 2017.

As the cycle started to correct for the recovery of international semiconductor market, the company then managed to post positive results with a gross topline of $50.08 million in the first quarter of this year, or 22 percent higher than the $41.05 million recorded in the same period last year.

The growth in revenues could be attributed to the increase in the sale of DDR4 chips and new volumes from the embedded MMC flash cards for smartphones and other mobile devices. Profitability of the firm, however, remained low as net income after tax decreased to $0.84 million from January to March 2017.

This was on account of the increase in raw-material cost and other manufacturing cost, resulting to $47.73 million cost of goods sold from $35.82 million last year.

Go intends to further improve the operations of SSP by responding to the still-volatile global semiconductor industry, particularly in the back-end supply chain, and following current plans.

The global semiconductor industry, led by DRAM and V-NAND flash-memory cards, posted a double-digit growth in shipments in the first two months of this year compared to 2016.

As per the Semiconductor Industry Association, year-on-year worldwide monthly sales surged by over 15 percent due to upswing in the US and China markets.

The first three-month production of SSP aggregated to 162 million units of memory devices, representing a 6.58-percent hike from the 152 million outputs in the same period in 2016.

Had it not for unexpected supply-chain glitches in the raw materials, such as lead and printed circuit boards, production volume could have been higher, the SSP president noted.

SSP began shifting its manufacturing system to the production of the DDR4 in the second semester in line with the industry-wide migration to this technology.

“I think the second half will be better than the first half of this year,” Lee said of the company’s projected performance, given the bullish prospect of the industry’s expansion throughout 2017, amid geopolitical uncertainties.

He cited the constant upgrade of smartphones, emergence of the Internet of Things, and the popularity of computer consoles for automobiles and GPS devices as the industry growth drivers. The business outlook is considered optimistic,  particularly for the long term.

Lee foresees increasing the production of new-generation semiconductors that should fuel future expansion.