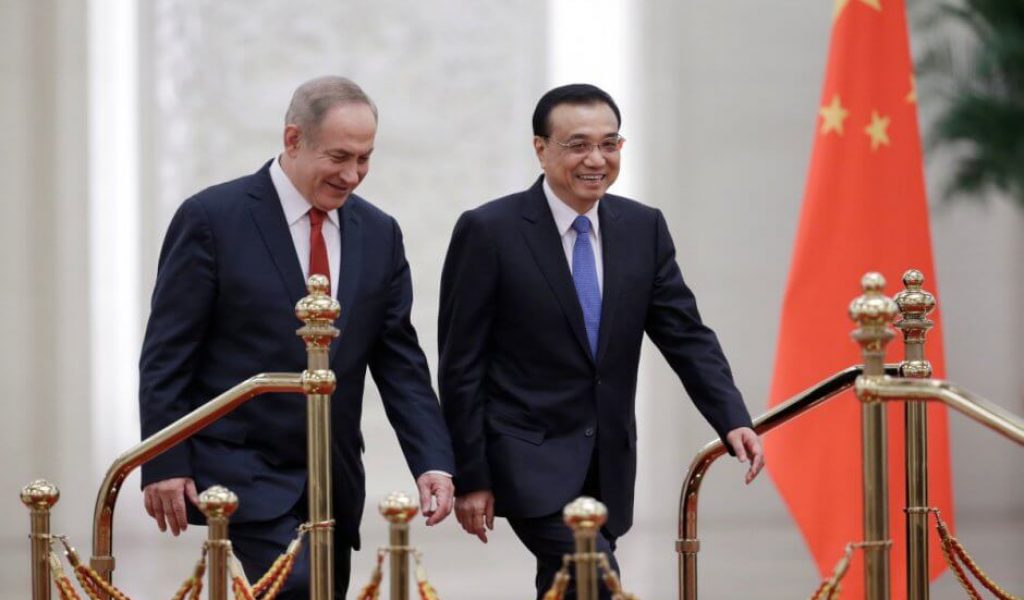 CHINESE companies are beginning to redirect their focus from the highly regulated United States tech space to Israel’s thriving startup scene. With that attention comes the flow of Chinese funds and an open door to the lucrative Middle Kingdom market.China and Israel have long had a friendly relationship – China has roped some valuable tenders in the country as part of its “One Belt, One Road” plans and both governments have a trade agreement in the works. Israel has what China wants – hi-tech know-how – and China has what Israel wants: light industrial goods.

Their relationship has always been mutually beneficial and it appears like it is only going to improve as China begins to ramp up investment in the country.

The election of US President Donald Trump has sparked a wave of protectionist sentiment that has hurt Chinese interests. Source: AP

A significant factor in China’s turn to the Jewish home state is the cooling relationship it has with the United States, particularly with industry regulators and its government.

Chinese corporations have always coveted technology deals with US-based companies to snag more specialized knowledge. However, the recent protectionist fever that has swept through the country has proved troublesome for the Chinese, who have seen themselves shut out through a combination of regulatory hurdles and diplomatic tensions.

TCL Corp chairman Li Dongsheng told Reuters that a review of a target company had been frozen following the election of US President Donald Trump, perhaps the most outspoken opponent of globalization and foreign intrusions. Despite the seemingly warm reception of Premier Xi Jinping by Trump, business relations between the two countries have become significantly distant.

Despite being less protectionist than the current president’s, the Obama administration prevented large acquisitions by Chinese companies of US firms, such as the large deal between German chip equipment maker Aixtron and Fujian Grand Chip Investment Fund. The deal was blocked due to security concerns, a familiar refrain from the US government.

Another entity that has been causing problems for Chinese companies is the Committee on Foreign Investment in the United States (CFIUS), which has become a major stumbling block for China-linked deals. China-backed Canyon Bridge Capital Partners has struggled with its US$1.3 billion takeover of Lattice Semiconductor, after Congress members raised security concerns.

“The review has always been rigorous, but now it will be even more so (due to) a combination of increasingly strategic transactions from China and a new administration worried about certain Chinese actions,” Miriam Sapiro, a former deputy US Trade Representative who served as a CFIUS member during the Obama administration, told Reuters.

The frosty reception drove the Chinese into the arms of the Israelis, who are eagerly opening their doors to investors from the People’s Republic, who are seeking inroads to the country’s technology startups – many of whom are developing Internet, cybersecurity and medical technologies.

“Our Israel-focused fund has invested in four local firms there and we plan to invest in another three to four within this year,” CEL CEO Chen Shuang said.

Li said TCL had identified 10 potential targets who would help the company with their aspirations for investing in smart manufacturing, new materials, big data and internet applications.

Israel has long been the low-key darling of the global tech scene, long known for their sophisticated innovations in cybersecurity and medical technology. Government intervention is also present in the country, with entrepreneurship programs supported by the Office of the Chief Scientist available to the populace. 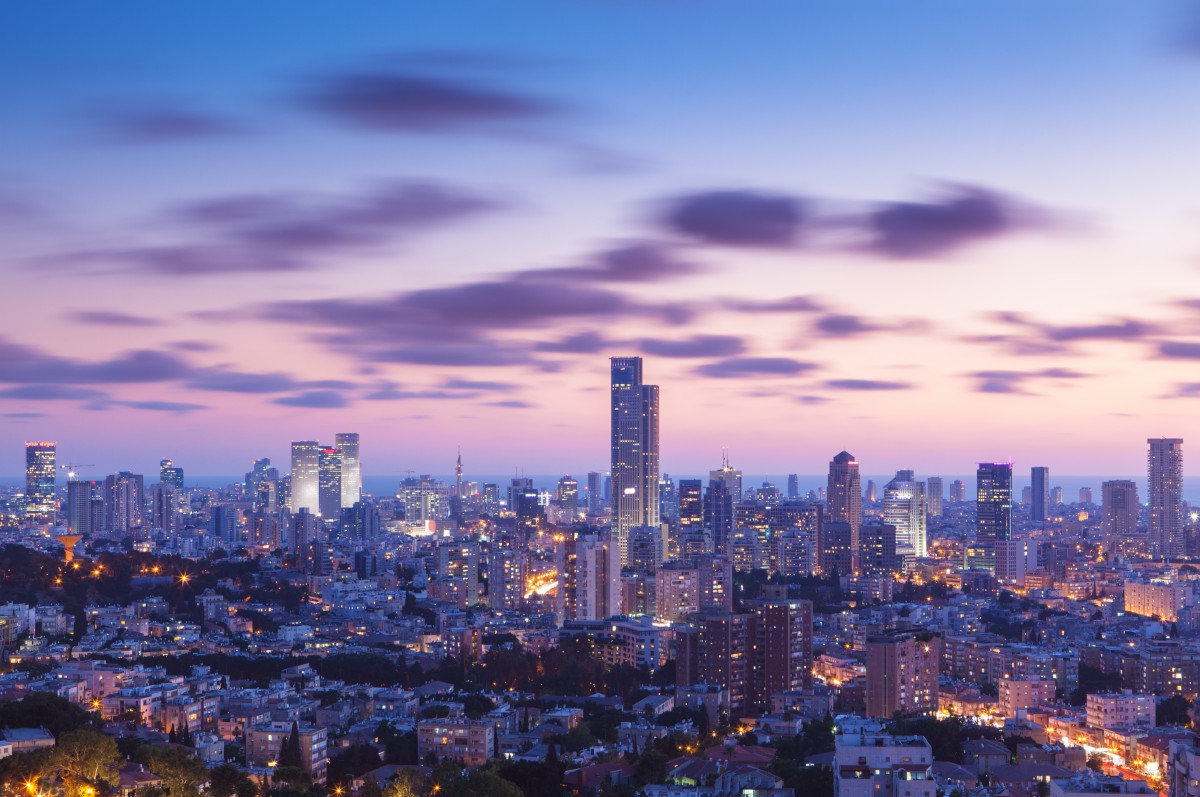 He also noted the Israeli tech scene is beginning to diversify into other areas of technology. The Startup Genome Report 2017 ranked Tel Aviv as the sixth best startup ecosystem, with a market value of US$22 billion and wide global reach.

Alphabet CEO Eric Schmidt declared Tel Aviv, the commercial capital of Israel, had a tech scene second only to Silicon Valley in its diversity, innovation and initiatives.

“For a relatively small country, Israel has a super role in technological innovation,” he told an audience at Google’s Tel Aviv offices, according to the Times of Israel.

Many of the hurdles that pepper Israel’s relationship with China are political. Israel is largely considered a satellite with the US, with many cultural and economic links; the US sells a significant number of weapons to Israel and supplies them with support against hostile parties in the Middle East. The country’s increasingly intertwined relationship with China might appear to US regulators as a “sleeping with the enemy” situation, said some sources familiar with the CFIUS process to Reuters.

“China’s international surge of state-driven investments in emerging technologies should put the US and our allies on notice,” said US politician Robert Pittenger, a Republican from North Carolina.

Even the Israeli government has begun to worry over Chinese takeovers of key local financial assets, such as insurers. Last year, investment company Fosun scrapped its plan to buy a controlling stake in Israeli insurer Phoenix Holdings, saying conditions for the US$462 million deal were “not met”. 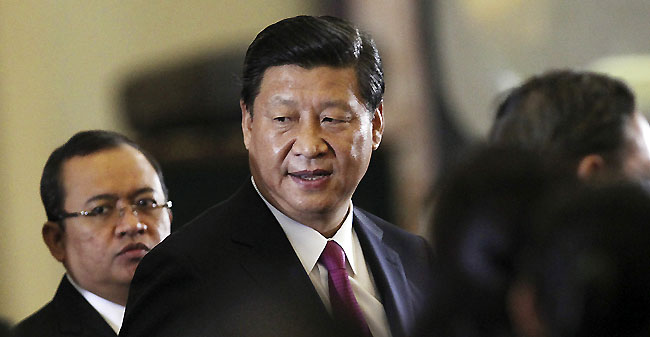 Xi’s government has a series of trade initiatives that will bolster the friendliness between the two nations. Source: AP.

Furthermore, Chinese investors beginning to break into the Israeli market will drive up the cost. A huge draw of Israel is its relatively cheap cost compared to businesses in the US. But Israeli private high-tech companies raised an all-time high of US$4.8 billion last year, up 11 percent from 2015, according to Israel Venture Capital Center and law firm ZAG. It could be a bitter pill the Chinese will have to swallow for the easy access to Israel’s tech scene.

The Israelis, on the other hand, will only stand to benefit from China’s interest in the country. The huge Chinese market would be a prize for Israeli companies, who would gain an immediate entry point into China’s lucrative domestic market, which could be difficult to penetrate due to strong sentiment for local brands and the competitiveness of homegrown corporations.

“Once we became a portfolio company of these Chinese investors, they helped with opening doors in China … where the business community really relies on connections you build there,” IronSource chief executive Tomer Bar-Zeev said.