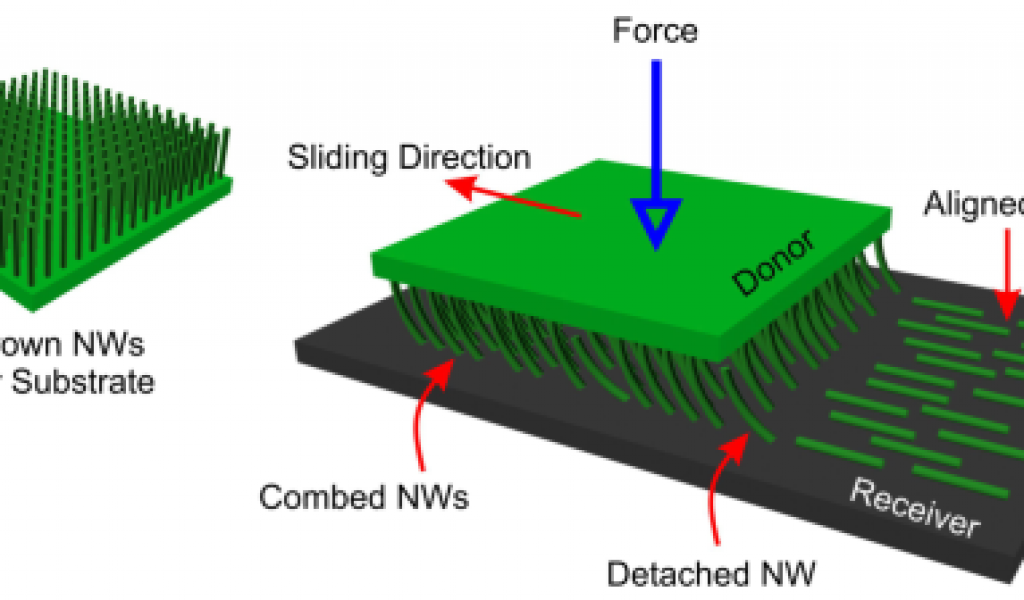 LONDON — Researchers in the U.K. have demonstrated a dry contact-printing system that enables the transfer of multiple silicon nanowires onto flexible large-area substrates to develop high-performance ultra-thin electronic layers with good control over its electronic properties. This opens up the opportunity for large-scale use of flexible and bendable electronics including in internet of things (IoT) and smart city applications.

“Single-crystal silicon is a brittle material, and the moment you bend it, it cracks,” said professor Ravinder Dahiya, who led the research, in an interview with EE Times. “We’ve developed a new custom, closed-loop contact-printing system in which we have been able to print multiple 100-nm silicon nanowire pins to form an electronic layer on a flexible substrate. The electronic material is in direct contact with the substrate, so it’s dry printing rather than wet printing. We can achieve a high yield of aligned nanowires, which can have a uniform response over a large area.”

The result of this work is published in the journal Microsystems and Nanoengineering and is the latest development from the University of Glasgow’s Bendable Electronics and Sensing Technologies (BEST) research group, led by Dahiya. His team has already developed innovative technologies including solar-powered, flexible “electronic skin” for use in prosthetics and stretchable health sensors, which can monitor the pH levels of users’ sweat.

One of the big challenges in the use of silicon nanowires for large-area electronics is in achieving uniform device response. The smaller dimensions of nanowires also increase the level of integration-related challenges, especially for large-area electronics on non-conventional flexible substrates. Considering these issues, new methods are needed to synthesize highly crystalline semiconductor nanowires with uniform aspect ratios and to assemble aligned nanowires in a way that the electronic layers made from them could lead to devices having uniform response over large areas.

In their paper, the researchers outlined how they manufactured semiconductor nanowires from both silicon and zinc oxide and printed them on flexible substrates to develop electronic devices and circuits. In the process, they discovered that they could produce uniform silicon nanowires that aligned in the same direction as opposed to the more random, tree-branch-like arrangement produced by a similar process for zinc oxide.

The paper outlines the contact-printing method to obtain such electronic layers from aligned nanowires and to use the ensemble of nanowires to develop devices. In contrast to single-nanowire-based devices, the statistically dimensional variations are much lower in the case of an ensemble of nanowires and, therefore, multi-nanowire-based devices have an acceptable level of response uniformity over large areas.

Professor Dahiya adds, “This paper marks a really important milestone on the road to a new generation of flexible and printed electronics. In order for future electronic devices to integrate flexibility into their design, industry needs to have access to energy-efficient, high-performance electronics that can be produced affordably and over large surface areas.

“With this development, we’ve gone a long way to hitting all of those marks,” Dahiya said. “We’ve created a contact-printing system that allows us to reliably create flexible electronics with a high degree of reproducibility, which is a really exciting step toward creating all kinds of bendable, flexible, twistable new devices.”