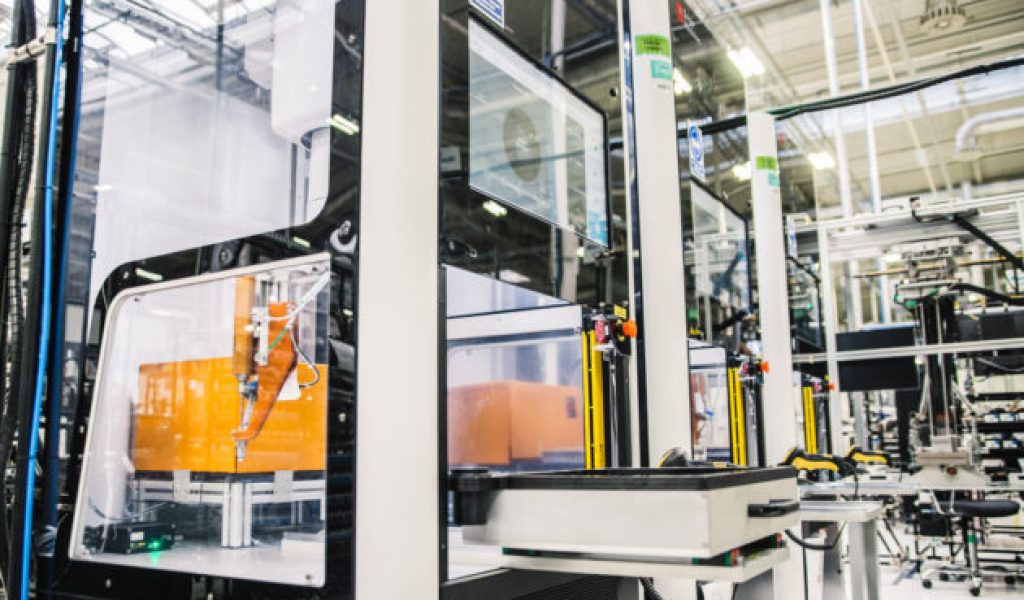 The company builds robotic “bright cells,” a combination of hardware and software dedicated to specific tasks in the manufacturing process. Bright Machines plans to target steps that currently require human workers, such as assembling and inspecting finished products.

“Every engineer grows up dreaming about working on robots,” Ciubotariu said. “We get to work on complex robotics problems that involve artificial intelligence and computer vision.”

The company was founded by a number of former executives from 3D software company Autodesk and electronics manufacturer Flex. Bright Machines’ CEO Amar Hanspal was formerly co-CEO of Autodesk.

Bright Machines is betting on a future of manufacturing that involves little manual labor and is less influenced by wage differences across borders. Morgan Stanley Research predicts that manufacturing will account for 40 percent in information technology spending over the next decade.

Seattle was a strategic choice for the new office. Employees recruited from the city’s wealth of platform, machine learning and AI talent will complement software teams in San Francisco. The Israeli office primarily supports Bright Machine’s hardware efforts. The company has not yet committed to a location for its Seattle office.

Bright Machines said that it works with around a dozen companies within the U.S. and internationally.

In October, Bright Machines closed a $179 million series A funding round that was led by venture capital group Eclipse. It employs more than 300 people in San Francisco and Israel and plans to hire 100 more within the next year and a half.

Ciubotariu briefly gained internet fame when he wrote a heated response to a New York Times article that was critical of Amazon’s culture in 2015.

He said he’s bringing a bottom-up approach to management at Bright Machines.

“You start by hiring the best and brightest people that you can. And you give them both a challenging problem to work on and a good engineering environment where they can be empowered to contribute to the key decisions that’ll go into the end product,” Ciubotariu said. “Engineers don’t want to be micromanaged. They love to be involved in the decision-making process.”