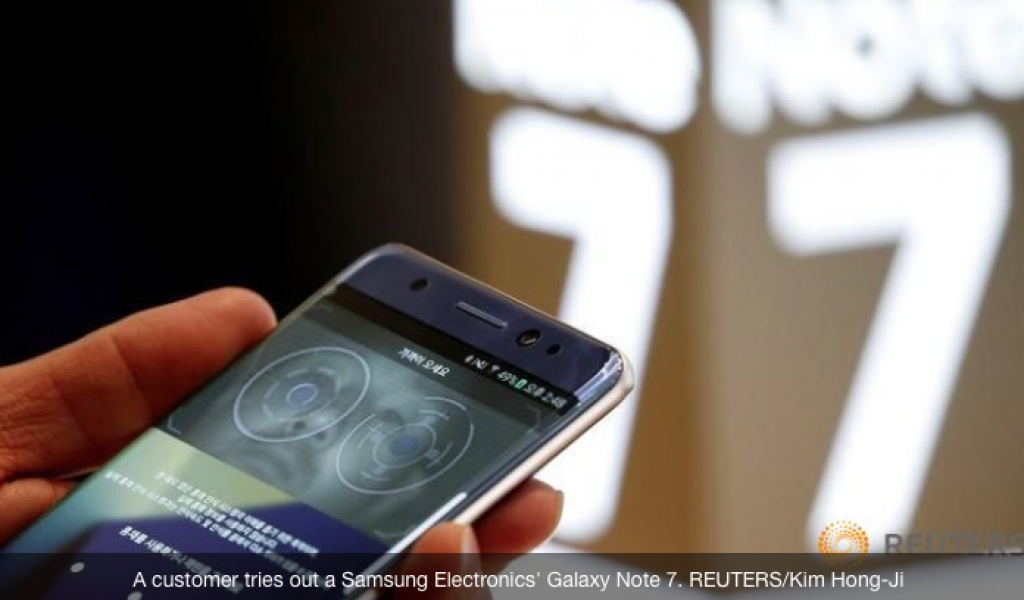 SEOUL: Tech giant Samsung Electronics plans to sell refurbished versions of the Galaxy Note 7 smartphones, the company said late on Monday, signaling the return of the model pulled from markets last year because of fire-prone batteries.

Samsung’s Note 7s were permanently scrapped in October after some phones self-combusted, prompting a global recall roughly two months after the launch of the near-US$900 devices.

Analysis from Samsung and independent researchers found no other problems in the Note 7 devices except the batteries, raising speculation that Samsung will recoup some of its losses by selling refurbished Note 7s.

A person familiar with the matter told Reuters in January that it was considering the possibility of selling refurbished versions of the device or reusing some parts.

Samsung’s announcement that revamped Note 7s will go back on sale, however, surprised some with the timing – only days before it launches its new S8 smartphone on Wednesday in the United States, its first new premium phone since the debacle last year.

Under pressure to turn its image around after the burning battery scandal, Samsung had previously not commented on its plans for recovered phones.

“Regarding the Galaxy Note 7 devices as refurbished phones or rental phones, applicability is dependent upon consultations with regulatory authorities and carriers as well as due consideration of local demand,” Samsung said in a statement.

South Korea’s Electronic Times newspaper, citing unnamed sources, said on Tuesday that Samsung will start selling refurbished Note 7s in its home country in July or August and will aim to sell between 400,000 and 500,000 of the Note 7s using safe batteries.

Samsung said in a statement to Reuters that the company has not set specifics on refurbished Note 7 sales plans, including what markets and when they would go on sale, though it also said it does not plan to sell refurbished Note 7s in India or the United States.

The company said refurbished Note 7s will be equipped with new batteries that have gone through Samsung’s new battery safety measures.

“The objective of introducing refurbished devices is solely to reduce and minimize any environmental impact,” it said.

The company estimated that it took a profit hit of US$5.5 billion over three quarters because of the Note 7’s troubles. It had sold more than 3 million of the phones before taking the model off the market.

Samsung also plans to recover and use or sell reusable components such as chips and camera modules, as well as rare metals such as copper, gold, nickel and silver from Note 7 devices it opts not to sell as refurbished products.

Environment rights group Greenpeace and others had urged Samsung to come up with environmentally friendly ways to deal with the recovered Note 7s. Greenpeace said in a separate statement on Monday that it welcomed Samsung’s decision and that the company should carry out its plans in a verifiable manner.