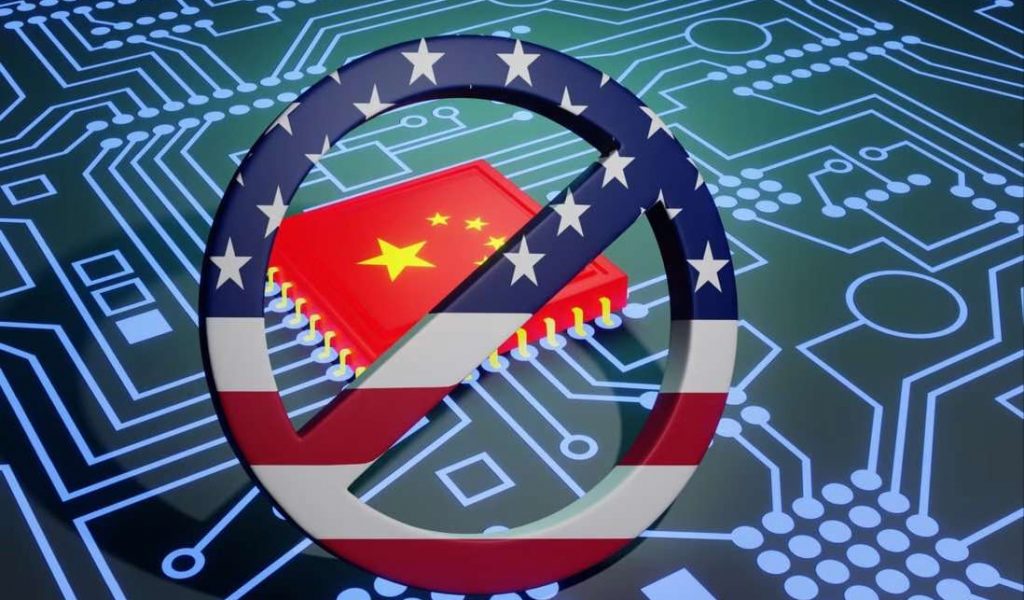 A senior Chinese diplomat called for cooperation with foreign firms, denounced the US Chips Act and reassured business leaders that “opening up” to overseas markets remains a national objective during a speech to foreign diplomats and state-owned enterprises.

“Presently, some countries are keen to forge small circles, instigate ‘decoupling’, build ‘small courtyards with high walls’, implement ‘friendshoring’, establish ‘chip alliances’, weave exclusive economic frameworks, and vainly attempt to gang up to contain and suppress China,” Xie said in Beijing on Wednesday.
“Friendshoring” refers to Washington’s efforts to insulate its supply chains from China by influencing firms to move their sourcing and manufacturing sites to US-allied countries. Observers said academics in science, technology, engineering and mathematics have also been affected by the measures.

Xie, who specialises in US-China relations and previously headed the office of the Chinese foreign ministry in Hong Kong, noted that the trade volume between the two countries reached a record-breaking US$750 billion in 2021, marking a 28.7 per cent year-on-year increase.

“This fully reflects that people from all walks of life, including the business community, have sharp eyes, that the market’s principles are powerful, and that the concept of win-win cooperation is deeply rooted in the hearts of the people,” Xie said, pointing to Tesla and Volkswagen’s latest investments in China.

“Opening to the outside world is an inevitable requirement for building a human community with a shared future. China is not only its firmest advocate, but also a down-to-earth, action-oriented [country],” Xie said.

“Even as some countries have closed their markets to us and restricted Chinese investment under the pretext of so-called national security, we have remained steadfast in opening up to the outside world.”

Over the past decade, China has increased its free-trade agreements from 10 to 19, with foreign trade volume jumping from US$4.4 billion to US$6.9 trillion.

Xie also summarized the key objectives established at the recently concluded 20th party congress, including delivering the second of President Xi Jinping’s “Two Centenaries” goals by returning the nation to the forefront of global powers by 2049, when the People’s Republic of China celebrates its 100th anniversary.

Citing a 2020 Harvard survey, which found that 95.5 per cent of Chinese citizens were either “relatively satisfied” or “highly satisfied” with Beijing, Xie said “some people in the international community vilify the Chinese system and practices as ‘authoritarian’, which has no truth to it”.