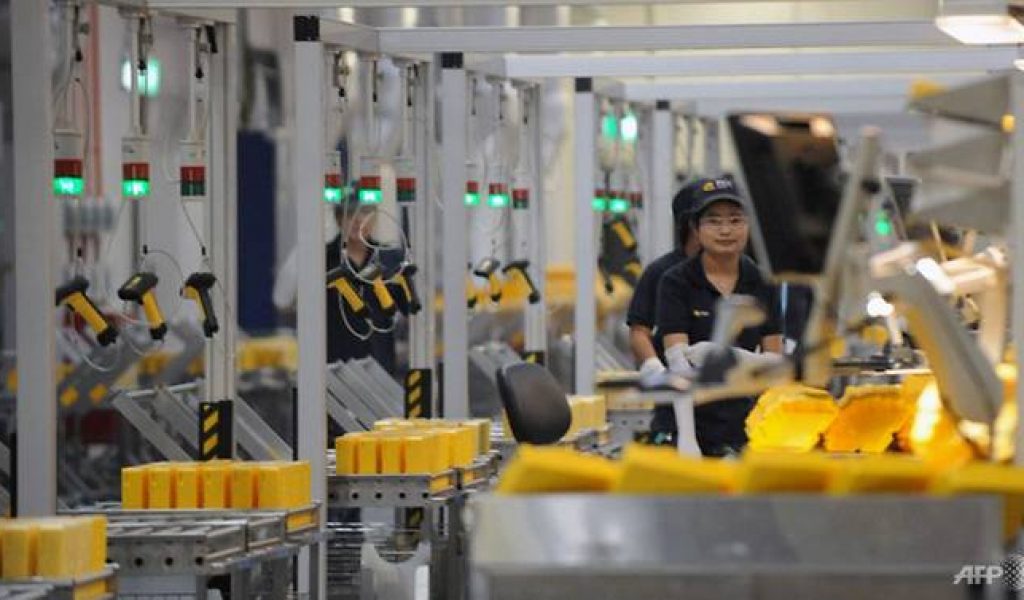 Excluding the more volatile biomedical manufacturing cluster, output grew 12.4 per cent, according to data released on Wednesday (Apr 26) by the Singapore Economic Development Board (EDB).

The increase in industrial output last month followed a 12.6 per cent expansion in February, which was similarly boosted by the electronics cluster. Excluding biomedicals, February’s output was up 17.1 per cent.

The electronics cluster’s output increased 37.7 per cent from a year ago, largely driven by the semiconductors segment which posted growth of 54.6 per cent. The precision engineering cluster expanded 12.8 per cent, with the precision modules and components segment growing 15.7 per cent.

The chemicals cluster expanded 3.5 per cent, while the biomedical sector’s output rose 2 per cent, according to EDB.

The general manufacturing industries saw a contraction of 5.1 per cent, with a 4.5 per cent growth in the food, beverages and tobacco segment offset by declines in the miscellaneous industries and printing segments.

Output in the transport engineering cluster also fell 15.6 per cent, despite a 9.3 per cent expansion in the land transport segment and a 3.2 per cent expansion in the aerospace segment. The marine and offshore engineering segment remained weak, contracting 30.6 per cent in March, EDB said.
Read more at http://www.channelnewsasia.com/news/singapore/singapore-manufacturing-output-up-10-2-in-march-boosted-by-8793458