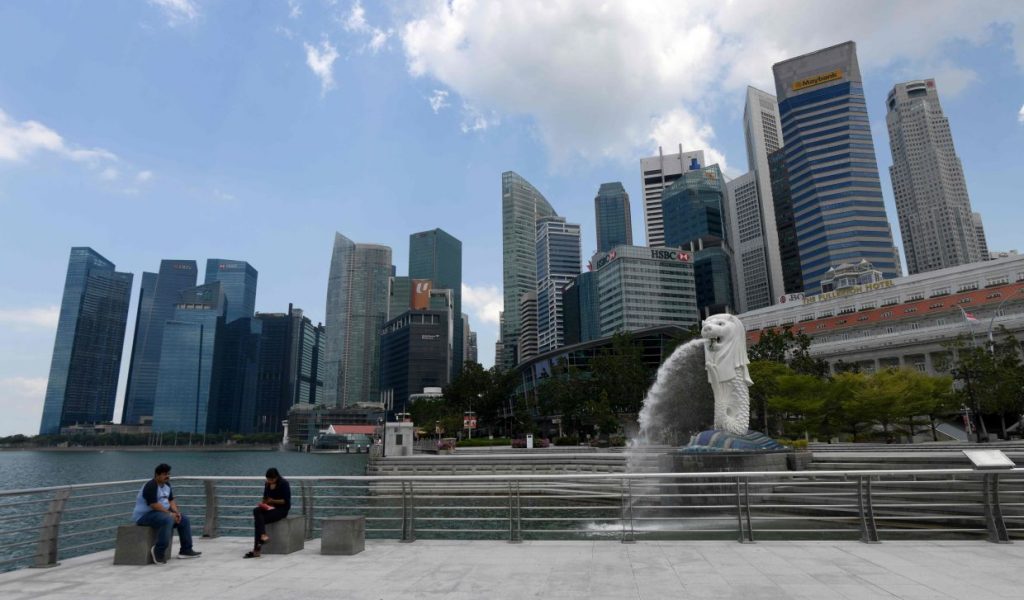 The economy plunged 42.9% from the previous three months on an annualised and seasonally adjusted basis, also a record and larger than the 41.2% contraction in the government’s initial estimates.

The slump marked the second consecutive quarter of GDP contraction for the global finance hub – having declined 0.3% year-on-year in the first quarter and 3.1% quarter-on-quarter – meeting the definition for a technical recession.

The data pointed “to a slower and sluggish economic recovery,” said Chua Hak Bin, an economist at Maybank.

He said strict border controls, social distancing rules and foreign worker shortages will weigh on the pace of the recovery, even though lockdown measures have been relaxed.

The Monetary Authority of Singapore (MAS) had eased its monetary policy in March, while the government pumped in nearly S$100 billion ($72 billion) worth of stimulus to blunt the impact of the pandemic.

MAS chief economist Ed Robinson said on Tuesday that its monetary policy “stance remains appropriate including and forestalling a broadening or deepening of disinflationary pressures.” He added that MAS’ key currency gauge, called NEER, had remained near the middle of its policy band since April.

SINGAPORE: Singapore’s record recession was deeper than first thought in the second quarter, data showed on Tuesday, signalling a lengthy path to recovery as the coronavirus pandemic dealt a major blow to Asia’s trade-reliant economies.

The city-state has been hit hard by COVID-19 with the country under a lockdown for most of the second quarter to curb the spread of the virus.

“The painful truth is this – we are not returning to a pre-COVID world. Recovery will be some time yet,” said trade minister Chan Chun Sing.

The government said it now expects full-year GDP to contract between 5% and 7% versus its previous forecast for a 4% to 7% decline. The transport and tourism hub is facing the biggest downturn in its history, expected to wipe out years of previous economic expansion.

The forecast for 2020 essentially means the growth generated over the past two to three years will be negated,” said Chan, adding that the data was the economy’s worst quarterly performance on record.

Singapore is one of the world’s most open economies, with exports equating to about 200% of output.

The grim data comes as other large Asian economies, such as Japan, are also set to report steep descents into recession.

“That is going to dampen, if not potentially kill off, any of the recovery hopes that people were looking forward to,” she said. – Reuters