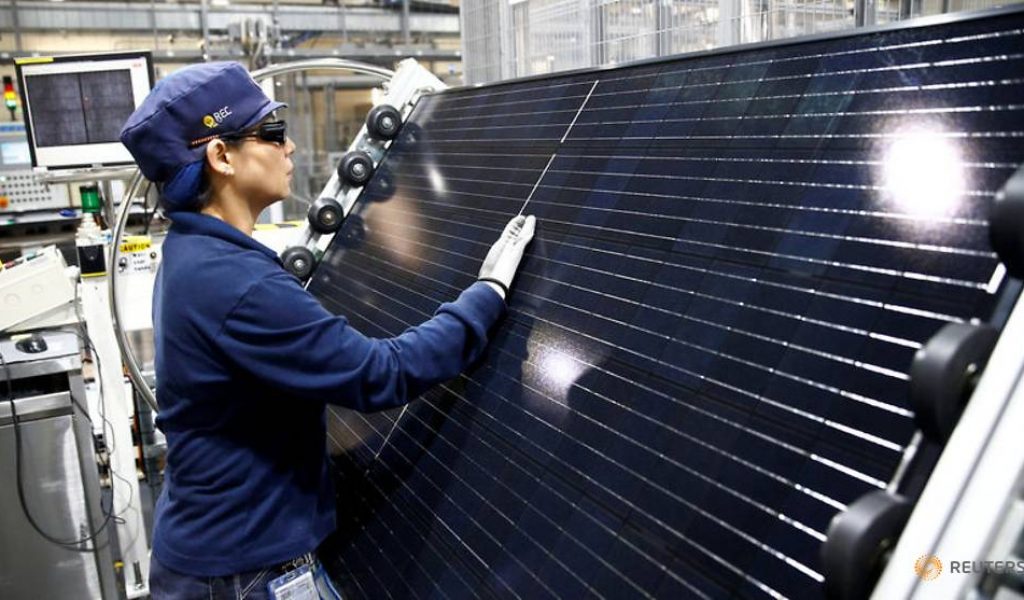 SINGAPORE: Singapore’s manufacturing output continued its decline in July, with demand down in most clusters apart from precision engineering, according to an Economic Development Board (EDB) media release on Wednesday (Aug 26).

Transport engineering recorded the largest drop across all clusters at 39.8 per cent, with all segments recording a decline.

The aerospace segment remained weak as the volume of aircraft repair and maintenance work remained low amid the COVID-19 pandemic, said EDB.

READ: Extra stimulus for aerospace, aviation and tourism sectors; Singaporeans to get S$320m worth of local tourism credits

The marine and offshore engineering segment shrank 58.7 per cent as movement restrictions at foreign worker dormitories continued to adversely impact the level of activities in shipyards, it added.

In the biomedical manufacturing cluster, output fell 24.8 per cent in July compared to the same period in 2019.

The medical technology and pharmaceutical segments declined 10.1 per cent and 30.5 per cent respectively, with the latter recording lower output in biological products and a different mix of active pharmaceuticals ingredients from a year ago.

Output for the electronics cluster also fell, declining 1.4 per cent year-on-year in July and reversing the 17.8 per cent growth in the previous month.

The chemicals cluster saw output fall 2.4 per cent in July compared to the same period last year. The petrochemicals segment grew 11.5 per cent, but the remaining segments saw declines.

The other chemicals segment fell 15.2 per cent while the specialties and petroleum segments contracted 16 per cent each, on the back of plant maintenance shutdowns and lower export orders amid the COVID-19 outbreak.

READ: Commentary: Singapore’s steady seven-month plan to get the economy back on track

The food, beverage and tobacco segment fell 9.8 per cent on account of lower production of milk powder and beverage products. The printing and miscellaneous industries segments declined 18.8 per cent and 38.7 per cent respectively, with the latter registering lower output of construction-related products.

In contrast, the precision engineering cluster saw output increase 9.3 per cent in July compared to the same period a year ago.

The machinery and systems segment grew 20.4 per cent on account of higher production of semiconductor equipment.

However, the precision modules and components segment decreased 14.7 per cent with lower output in optical products and dies, moulds, tools, jigs and fixtures.