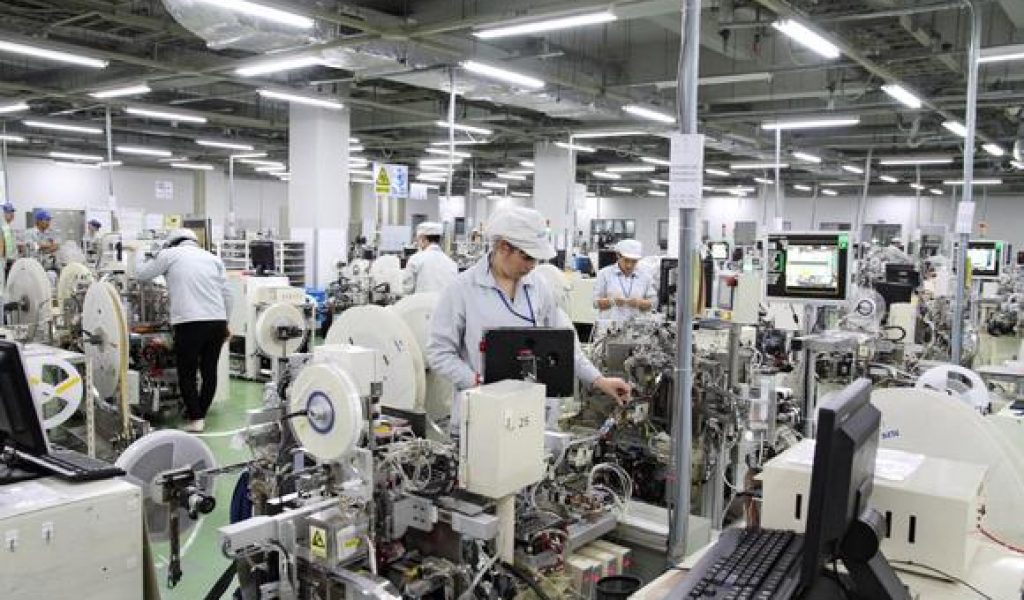 Alps Electric is doing all it can to keep up with demand from smartphone and auto parts makers.

TOKYO — Consumers, it seems, still love their smartphones. At least they love their new smartphones, demand for which seems to be lifting Japanese electronics parts makers out of a prolonged slump.

“We estimate global smartphone shipments will grow nearly 10% on year in the April-June period,” he said. “Shipments remain solid, led by emerging markets.” Earnings will also be supported by a relatively weaker yen against the dollar.

The global shipment figure had turned negative after Apple cut orders for its iPhone 6S. But the latest iPhones are now selling well, and Chinese smartphone sales are riding a wave of momentum.

Japanese parts makers stand to benefit from both trends now that they have weaned themselves off an excessive reliance on Apple and boosted sales to Chinese smartphone makers.

“We think demand for high-end electronic parts will remain solid,” he said.

Yoshitaka Fujita, executive deputy president of Murata Manufacturing, said his company expects “two-digit sales growth in the year ending March 2018, which we believe will come from demand for smartphones with advanced features, one of our strengths.”

Samsung Electronics, which suffered a major setback last year due to a model that became known for bursting into flames, now aims to regain lost ground. Meanwhile, Apple is poised to release a major upgrade to its iPhone line, and Chinese makers are in expansion mode.

Combined, the big brands appear to be preparing to make more smartphones than what the market can soak up, industry insiders say. This is putting parts makers on the spot to identify which phones will succeed — a customer that miscalculates what its sales will be could leave its suppliers with excess stock.

Demand varies from component to component. Murata Manufacturing is getting a lot of orders for high-frequency communication devices. Kyocera‘s crystal components are in high demand. By contrast, prices of some connectors and capacitors are falling, according to industry sources.

Demand for semiconductors remains solid. Supplies of NAND flash memory are not meeting demand. NAND flash not only goes into smartphones, but also digital cameras, USB drives and myriad products other than smartphones. Current prices are high, leaving the industry in fine shape.

Then there are image sensors. As sales of smartphones with dual rear cameras take off, Sony is getting flooded with orders for these components.

Times are good for display makers, too, as they fill demand from producers of smartphones, TVs and monitors for car interiors and virtual reality headsets. The trend has helped reinvigorate sales at Japan Display and Sharp.