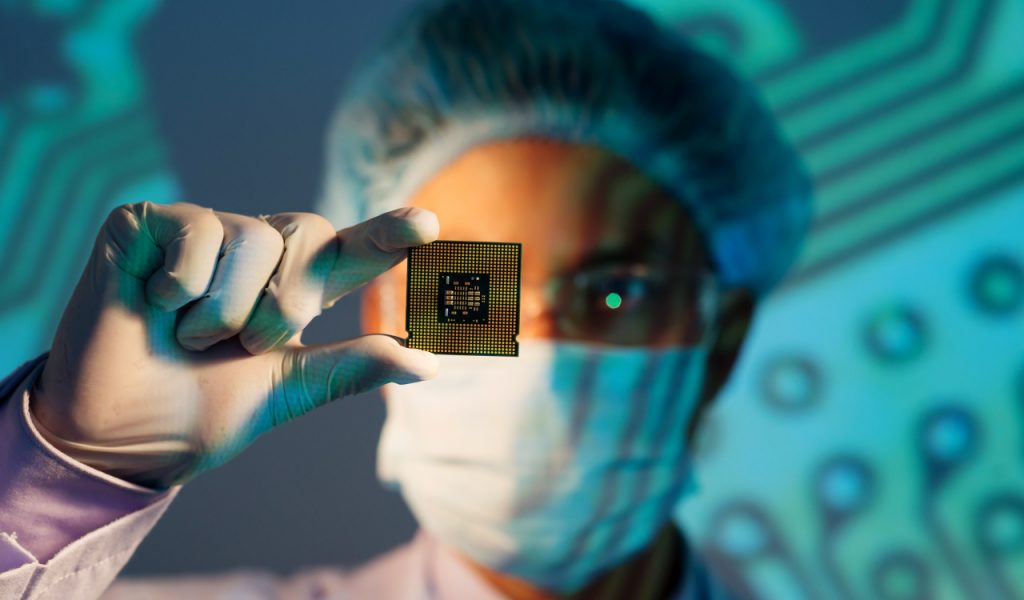 SEOUL (The Korea Herald) -South Korea will nurture the local industry for next-generation power chips as a new strategic investment for future chip leadership, the government said in late March.

At the seventh meeting on innovative growth, the Ministry of Trade, Industry and Energy unveiled a blueprint that contains measures to establish an ecosystem for next-generation power chips ranging from key technologies to product development and mass production.

Built to handle high voltages and large currents without damage, power semiconductors will become essential in the auto and renewable energy sectors as well as other industries transitioning to a green, digital future. Demand is also expected in new fields like artificial intelligence and 5G mobile networks where electricity consumption is significant.

“The government will develop at least five next-generation power chips by 2025 and establish 6- to 8-inch foundry infrastructure for mass production,” an Industry Ministry official said.

The power chips will be based on new materials instead of typical silicon, such as silicon carbide, gallium nitride and gallium oxide. The new materials enhance the chips’ power efficiency and durability.

The global power chip market currently doesn’t have a dominant player. According to market researcher Omdia, the No. 1 player is Germany’s Infineon Technologies with a market share of 13.41 percent as of February last year. Samsung Electronics ranks 29th with 0.79 percent. The market size is expected to grow from $45 billion in 2019 to $53 billion in 2023. The silicon carbide market size in particular is expected to triple from 2019 to 2027 with annual growth of 16 percent.

To facilitate the commercialization of next-generation power chips, the government will support chip companies in developing prototypes and installing them to inverters and chargers where short-term commercialization is available. It will also launch an online platform by next month to connect potential buyers with suppliers.

The government will utilize the Power Semiconductor Commercialization Center — the country’s one and only 6-inch silicon carbide chip prototype manufacturing facility — to offer a prototyping service to developers.

The government will also focus on three types of raw materials to apply to new chips.

“Silicon carbide chips can endure high voltage and convert electricity efficiently, and are therefore suitable for electric vehicles, solar modules and inverters. Gallium nitride chips are highly compatible and small, adequate for high-speed operations such as rapid charging systems, lidar and communications purposes. Gallium oxide, compared to the two materials, provides higher density and lighter weight to chips and can be used for inverters and integrated circuits for motor controls,” the ministry official said.

Also, to secure infrastructure, the government will install necessary equipment at the Power Semiconductor Commercialization Center in Busan.

“Efficient electricity management is inevitable for the realization of future technologies such as AI and 5G and the vitalization of future growth engines such as self-driving cars and the renewable energy industry. Next-generation chips are the key,” Industry Minister Sung Yun-mo said.

“The government will take initiative in the burgeoning next-generation chip market and provide aggressive support in terms of research and development and infrastructure.”