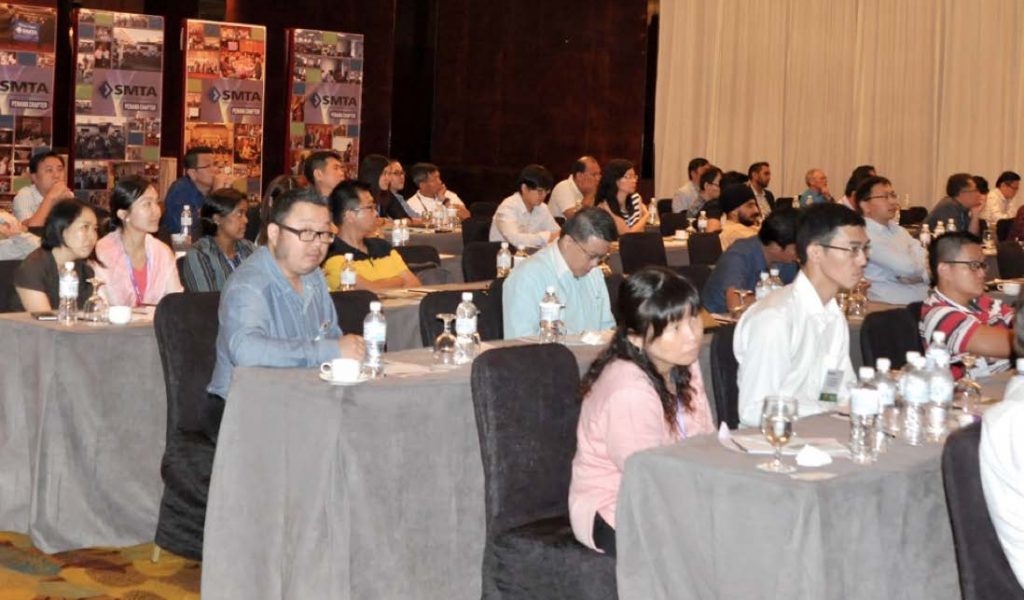 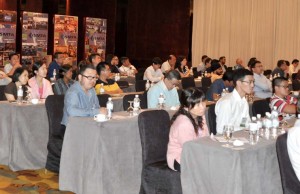 When you go to an event organized by the winners of the SMTA International Chapter of the Year, no less than four times in their nine year history, you expect something special.

Those who attended the recent Southeast Asia Technical Conference in Penang, Malaysia were not disappointed in any way at all. The program was excellent with variation but covering the hot topics, the speakers were well prepared with strong data which they presented with great professionalism. The event was well policed and there was not a hint of commercialism in any of the papers presented, which is a hard thing to achieve in itself. But it really does have a positive effect on the audience, who have not given up their time to be sold something, but want to be informed and educated, which this event did excellently.

The Penang Chapter was formed in June 2007, by 10 volunteer committee members and has grown strongly since, now boasting over 120 members and a very strong program of events from a Wave Soldering workshop, this conference to Badminton and Charity events.

The event started with three parallel workshop sessions, one on designing for improved cleaning, by Mike Bixenman of Kyzen, celebrating 27 years of doing this stuff and doing another workshop in the afternoon too! Dr. Lee of Indium, one of the events technical committee, presented new developments in low temperature solders, showing the attendees great data in these sessions, giving them a full day, from 8:00 am until 5:30 pm.

The Technical program starting on the 13th had four sessions on solder alloy reliability, LED technology, traceability and test and high reliability. That was only day one and often with four speakers in each session, many big names, but a good amount of local talent too. It was this local content which really impressed me, like many others I am lucky enough to present around the world and often there is very weak support from local companies. Sometimes with weak material and poor presentation skills, I acknowledge it is not easy to present to a group of your peers, but it can be taught and should be part of a young engineer or managers education. It builds confidence and allows them to become ambassadors for their companies. So SMTA perhaps you should add this to your list of courses, PowerPoint skills and how to present data plus how to be a presenter?

The young people presenting at this conference had none of these hang ups, they had good data on clear slides which they presented very skillfully and were a credit to their companies, themselves and the Penang Chapter. It was great to see such good performances from some who later admitted to being beginners and I hope to see more of their talent around Southeast Asia soon and others like them. As a slightly unrelated comment most of us presenters are well over 40, even if we cannot boast Mike’s 27 years. I hardly see any young presenters as I travel around. This event was the exception and also with a quite young audience too. I hope this is a sign of things to come, we need ‘new blood’ for sure.

I must mention, however, that we were graced by excellent father and son presenters in Neil and Callum Poole of Henkel, I think this is something not seen before, but I may be wrong!

Thursday covered everything from components to harsh environments, but everyone would say that the highlight (as it so often is) was Charles Bauer giving a Keynote on Nanotechnology. It really kept the audience entertained and even educated me. I was unaware that one of the earliest uses of Nano particles was in sunscreen, yes sun tan lotion!!! I am sure not a lot of people know that, Chuck went on to explain the line between Hype and Reality in many development areas. Highlighting success stories like the Indium Nano foil and giving us all an insight into new developments and what the future could hold for this, still emerging technology.

He may have run over time and shortened lunch, but not a person in the room cared at all.

When a regional event can pull in a large audience and put on such a great team of speakers it is certainly a sign of a great organization behind it at a local level. Indeed, proof of this was there on Thursday. Before Chuck took to the stage, I was lucky enough to be invited by the SMTA HQ team to present David Vetharudge, Chapter Advisor of the Penang Chapter with the SMTA award, Excellence in International Leadership, another sign of the hard work being done here. David has been dedicated to the success of the SMTA and the Chapter in Penang since its inception. Serving on the formation committee as well as Chapter President, David is also a very integral part of the success of the Southeast Asia Technical Conference.

I will end with a quote from the Penang SMTA chapter website:

‘As Penang has the presence of many of the world’s key electronics multinational corporations and local companies, with a large pool of professionals, it is beneficial to have an association that pursues professional development.’ Yes, it certainly does!