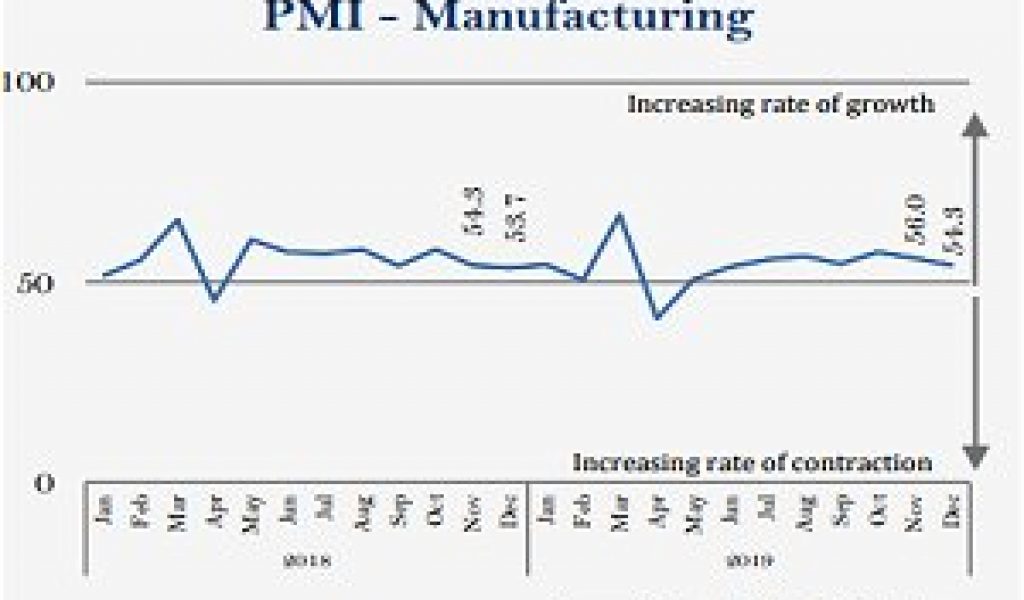 According to the Sri Lanka Purchasing Managers’ Index (PMI) released by the Statistics Department of Central Bank, manufacturing sector slowed down in December 2019 while the services sectors expanded at a faster rate compared to the previous month.

Manufacturing PMI expanded at a slower pace in December 2019 recording an index value of 54.3 mainly due to the slower expansion in New Orders, Production and Stock of Purchases. All the sub-indices indicated an expansion, yet at a slower pace, compared to November 2019

Meanwhile, Employment also increased in manufacturing of food & beverages and wearing apparel sectors. This was mainly due to the recruitment of new employees to increase the production levels to meet the higher demand in the period ahead.

All sub-indices of PMI Manufacturing, except Suppliers’ Delivery Time which was on neutral level, exceeded the threshold of 50.0 (neutral) signaling an overall expansion in manufacturing activities during the month of December 2019.

Services PMI reached a 24-month high to 60.2 index points in December 2019, supported by the strong expansion in New Businesses and Business Activity in December 2019 due to the seasonal movement, political stability and measures taken by the government to improve economic activity.

Business Activities in wholesale & retail trade and accommodation, food & beverage sub sectors posted a strong growth due to the festive season and peak season of tourism. Transportation of goods recorded a growth with increased transhipment volumes while other personal services such as leisure activities also improved with the holiday season.

Despite the strong growth in Business Activities, the rate of job creation slowed in many sectors in December 2019 due to the delays in filling vacant positions.