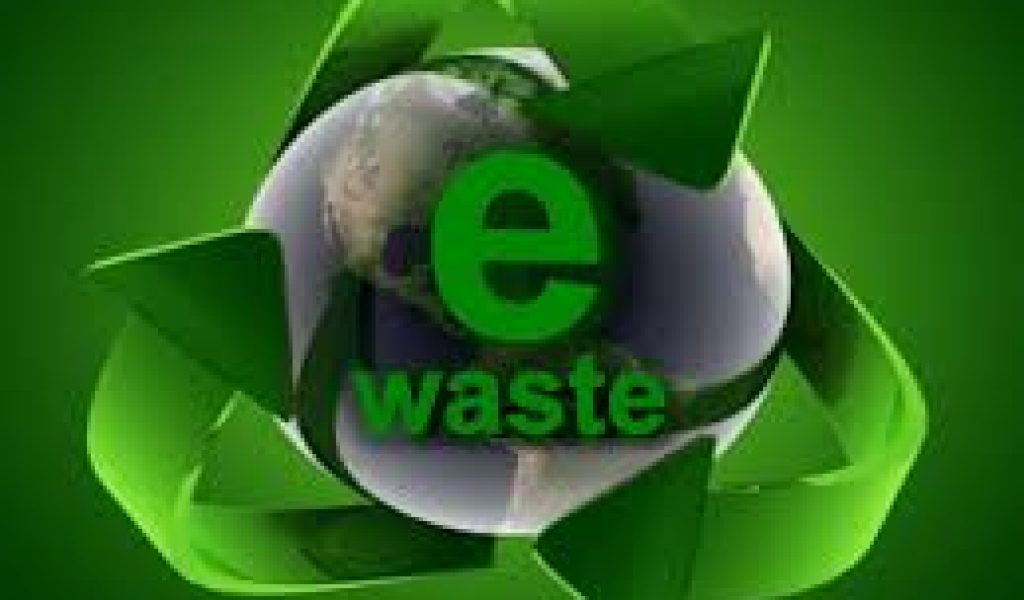 The world is producing ever more electrical and electronic waste. The quantity of dumped computers, telephones, televisions and appliances doubled between 2009 and 2014, to 42 million tonnes per year globally1, 2.

Developed countries, especially in North America and Europe, produce the most e-waste (see ‘Unfair flow’). The United States generates the largest amount, and China the second most3. Much of this waste ends up in the developing world, where regulation is lax. China processed about 70% of the world’s e-waste in 20124; the rest goes to India and other countries in eastern Asia and Africa, including Nigeria5. Non-toxic components — such as iron, steel, copper and gold — are valuable, so are more frequently recycled than toxic ones4. Disposal plants release toxic materials, volatile organic chemicals and heavy metals, which can harm the environment and human health.

Lead levels sampled in the blood of children in the e-waste-processing town of Guiyu, China, were on average three times the safe limit recommended by the US Centers for Disease Control and Prevention6. In California, peregrine falcons have been threatened — polybrominated diphenyl ethers, which are widely used as flame-retardants in electronics, have been discovered in their eggs.

A global approach to managing the volume and flow of e-waste is urgently needed. This requires: an international protocol on e-waste; funding for technology transfer; firmer national legislation on imports and exports; and greater awareness of the problem among consumers. Researchers and regulators should build a global e-waste flow system that covers the whole life cycle of electrical goods, including production, usage, disposal, recovery and remanufacturing.

Beyond better recycling, the ultimate aim should be a circular economy of cleaner production and less wasteful consumption, including the embrace of a sharing economy and cloud-based technologies with smaller material footprints. As the world’s largest producer of electronic goods and recipient of the most e-waste, China should take the lead.

Most developed countries have strict regulations governing the disposal of electronic and electrical waste. European countries, the United States and others have official ‘take-back’ systems, which recover and dispose of e-waste in an environmentally friendly way. In 2014, these processed 6.5 million tonnes generated by 4 billion people, recycling valuable materials back into the supply chain. The European Union has two comprehensive directives: the Restriction of Hazardous Substances and Waste Electrical and Electronic Equipment. Yet the EU and the United States and Canada dispose domestically of only 40% and 12%, respectively, of the e-waste they generate3.

These rich nations with strict legislation send most of their e-waste to developing countries. India and China’s e-waste legislation is inefficient and irregularly enforced. China’s system is poorly coordinated; it involves more than ten departments publishing regulations, imposing disposal fees, providing subsidies and monitoring pollution and illegal imports with little crosstalk. Many poor nations, especially in Africa, have few or no laws on e-waste.

A worker dismantles a motherboard by hand in Sangrampur, India.

Around half the components in any personal computer contain mercury, arsenic and chromium — all are toxic. The movement of this waste in and out of countries is not being tracked. The Basel Convention of the United Nations, which concerns the movement of hazardous waste across borders, is meant to prevent developed countries from illegally dumping hazardous waste in developing countries. But only 87 parties — and not the United States — have ratified it. Few developing countries control imports of toxic e-waste: for example, India’s law fails to ban it. This resulted in 50,000 tonnes of such waste from developed countries being dumped in India in 20127. The shady trading of trash as ‘used electronics’ bypasses such laws entirely.

In many developed countries, such as those in the EU, manufacturers are required to take responsibility for the disposal of their electrical and electronic products. However, three-quarters of products sold in Europe are made in developing countries such as China and India. So such measures only worsen the situation in poor nations.

A few developing countries, including China, have made producers responsible for some disposal. Since January 2011, Chinese producers have had to pay disposal fees for five categories of home appliance (televisions, air conditioners, refrigerators, washing machines and computers). The list grew to 14 in March this year. But the scheme pays only for e-waste processing, not collection — so e-waste is just not collected.

China has 106 enterprises certified by the government as capable of dismantling 100 million defunct home appliances per year. Together, these companies process only 40 million items. The rest is recovered by unskilled peddlers going door-to-door8. There are 300,000 such people in Beijing alone. They sell to uncertified disposal plants9; these pay higher prices than the certified ones, which have larger overheads. Elsewhere — in Guiyu, for example, or in Agbogbloshie in Ghana— people sift e-waste from household rubbish and sell it for uncertified disposal. In China, this ‘grey’ market is estimated to be worth US$15 billion. Large amounts of government subsidies intended for such disposal lie idle. In 2013, only 630 million yuan (US$94 million) of the 2.81 billion yuan available was spent.

“Personal computers contain mercury, arsenic and chromium — all are toxic.”

By contrast, EU-based manufacturers are encouraged, through legislation, to support the dismantling of their products and the recovery of materials through environmentally friendly product design10. In Japan, producers must collect used devices; consumers are required to deliver their e-waste to the manufacturer or to certified collection sites, and pay a compulsory recycling fee to the waste-disposal company.

Globally, only 6.5 million tonnes of e-waste (about 15% of the total) were formally reported as disposed of through national take-back systems in 2014. In China, the proportion is 24–30%3. The rest is sent either to landfill or to the black market.

The following four steps need to be taken to make e-waste management sustainable.

First, a formal global protocol on e-waste trading needs to be built under the Basel Convention, and the United States must be encouraged to participate. The convention currently covers only the trading of toxic waste; it should be extended to encompass e-waste and second-hand electronic products. Strict criteria must be agreed globally to distinguish products by durability, usability and safety.

Second, domestic regulations need strengthening and enforcing: those operating illegally should be fined or prosecuted. Developed countries must crack down on defunct products being traded as used ones. Developing countries must ban imports of toxic e-waste. Customs duties on e-waste should be increased.

Third, the United Nations’ Solving the E-waste Problem Initiative must take on many more roles. It should launch a global industry association to certify processing firms that meet agreed legal, technical and environmental criteria. It should encourage the transfer of processing and recycling technology from developed to developing nations. It should create a global e-waste disposal fund to which exporting countries and manufacturers would contribute for each product they sell.

Any country responsible for disposal should receive a fee that is 2–5% of the original production cost, and ensure that an appropriate and verifiable disposal procedure is implemented. Certified firms would get subsidies from the fund according to how much they process. The same industry body should launch a global monitoring system to track flows around the world over the whole life cycle of e-products. Components such as circuit boards and the compressors in refrigerators and air-conditioners could be labelled with radio-frequency identification tags.

Fourth, consumers’ responsibility for e-waste needs to be enshrined in regulations, taking lessons from Japan. Separate e-waste bins should be provided, with penalties for those who do not use them. Deposit mechanisms could be used when purchasing electrical goods, and people can get the money back when they send their waste to certified collectors.

It is time for consumers, researchers, manufacturers, nations and international regulators to direct some of the passion and creativity they have for new gadgets towards responsibly dealing with old ones.