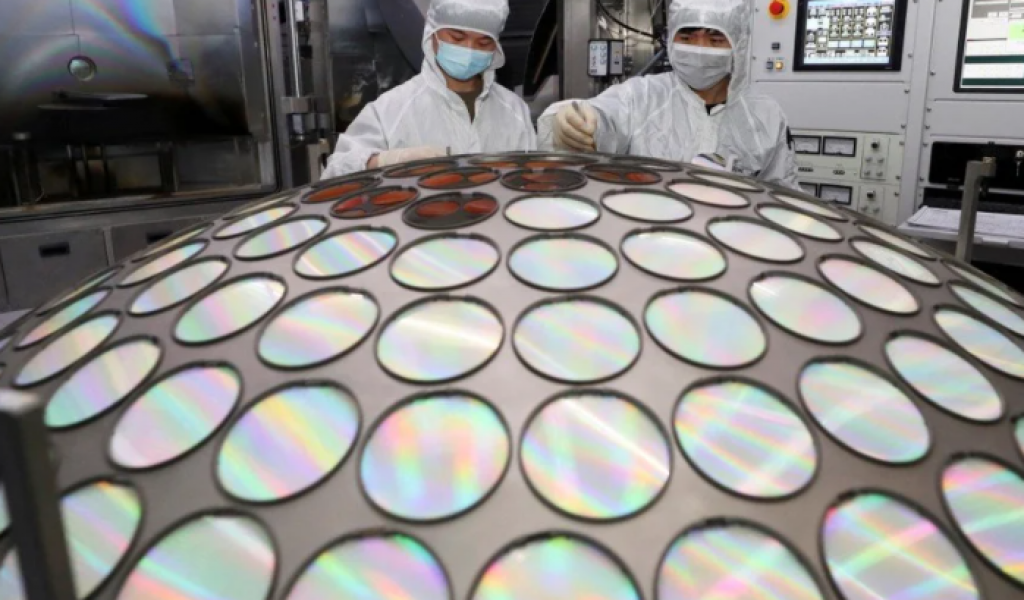 China’s top chip foundries are pushing ahead with capacity expansion plans, helped by record-high revenues and profits on the back of strong demand and in the face of US threats to further restrict their access to advanced technologies.

Semiconductor Manufacturing International Corp (SMIC), China’s largest fab, said its capital expenditure in 2022 will be about US$5 billion with most of the funds used for three new fab projects in Beijing, Shenzhen and Shanghai as well as the expansion of existing plants.

Meanwhile, China’s second-biggest chip maker is also expanding its capacity and seeking a secondary listing in Shanghai. Hua Hong Semiconductor’s 2021 revenue increased 70 per cent from a year ago to US$1.63 billion, while its net profit surged almost sevenfold to US$231 million.

The strong performance of China’s two largest chip makers comes on the back of a surge in demand for mature-technology chips from downstream users, such as carmakers and home appliance manufacturers.

SMIC and Hua Hong are currently unable to produce the sort of advanced chips that are used in iPhones and other leading Android smartphones.

The capacity expansion also reflects China’s nationwide drive to improve self-sufficiency in strategic technologies such as semiconductors, amid escalating tech tensions with Washington.

The US added SMIC to its Entity List in December 2020 on national security grounds, requiring US suppliers to apply for a licence before shipping any advanced equipment to SMIC.

US officials have also warned that SMIC’s access to US technologies will be further restricted if the company is found to be in breach of trade sanctions on supplying tech equipment to Russia, which has invaded Ukraine.

“SMIC was the fastest-growing foundry in 2021 and its mature node revenue grew faster than TSMC’s,” said Sravan Kundojjala, a senior analyst at Strategy Analytics.

“SMIC is an important company in the mature node business as the company is exposed to all leading smartphone chip vendors including Qualcomm, MediaTek and Unisoc.”

Hua Hong, on the other hand, is well-positioned in the automotive and industrial sectors versus SMIC, said Kundojjala.

Meanwhile, there are signs that SMIC has been scaling back its research and development amid the deluge of orders.

However, some analysts have voiced concern about a looming semiconductor capacity glut in some sectors amid a huge recent build-up to deal with coronavirus-related supply disruptions.

In 2021, global semiconductor sales surpassed a record US$500 billion for the first time, with China the world’s largest semiconductor market.