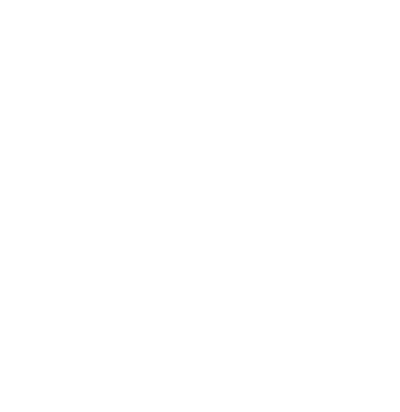 With extreme ultraviolet lithography (EUVL) coming into high volume use this year and a high numerical aperture version in the works, it’s time to ask what’s next.

I believe it’s time to look again at wavelength reduction to understand its pros and cons. We do not know the best choice between 13.5nm and 1nm, so I am calling this new technology option Blue-X–something between deep blue EUV and the X-ray region.

Moving to the higher numerical aperture (NA) of 0.5 is going to be expensive. The tool cost will more than double to 235 million Euros, and the larger scanner size will require building bigger fabs with higher ceilings.

Once we have high NA working, it may make sense to consider high NA multipatterning while thinking about even higher NA at even higher cost. However, reducing wavelength can also allow reducing NA which may result in lower tool cost while increasing resolution.

Taking 0.3 as the limit of k1 for a single exposure, at a wavelength of 13.5nm, 0.33 NA gives 12nm resolution which improves to 8nm at 0.5 NA. Previously the industry looked at a 6.7nm wavelength, but this option was dropped primarily for lack of bandwidth as we were struggling with power issues.

Going to higher NA from 0.33 as compared to moving to a 6.7nm wavelength had its advantages: We could keep the infrastructure of power, ML and masks the same. We have learned that taking on too many challenges at the same time is not a good idea.

We have figured out how to scale power on laser-produced plasma (LPP), optics, contamination control and masks. We will be able to apply many of these learnings to a scanner designed for smaller wavelengths. So, I believe it is time to revisit the wavelength-reduction option. I suggest we look all the way to 1nm while considering the pros and cons of other choices.

In the past, 11nm and 6.6 or 6.7nm light sources have been explored as potential smaller wavelengths for EUVL. Xenon could provide 11nm and for 6.X-nm Gd and Tb were considered as source material for LPP-based sources.

By increasing the atomic weight Z of the target material, we can continue to obtain photons of decreasing wavelength from LPP sources. There is not a single wavelength that these high Z materials emit, but there is a group of very close wavelengths called unidentified transition array (UTA).

Total intensity of emission will correspond to total oscillator strength of a UTA. Potential conversion efficiency will need to be evaluated for each of these potential UTAs.

This is an interesting area with several interesting features like K-edge of silicon, carbon window and water widow. The water window has seen lots of recent development efforts for microscopy applications.

However, there are several challenges in generating hundreds of watts of these shorter wavelength photons. The largest one is the power required for the drive laser. For 6.X-nm, one estimate for power required was 100kW while it is ~ 40kW for 13.5 nm.

I have seen designs for 65kW CO2 lasers, but due to large power requirements it may be worthwhile at this point to review alternative laser technologies. A 100kW laser at 1 micron is now available for the government’s so-called Star Wars defense program.

Another option that looks attractive is the 1.2-micron laser from Lawrence Livermore National Laboratory. It can be scaled to 300kW while keeping footprints smaller than those of CO2 lasers.

Of course, we have to see what conversion efficiency (CE) we can get at 1.2 micron. The CE for 1 micron of Nd:YAG is lower than that for 10 microns of CO2. So, we face a couple of things to figure out before we can pinpoint our best choices for a 100kW drive laser.

In order to keep throughput similar with today’s scanners, we will need power and ML reflectivity similar to what we have today. I suspect that at reduced wavelength, power requirements and NA can come down if we spend some of our gains from wavelength reduction on these areas.

ML reflectivity for 6.7nm can be similar to 13.5nm, so that makes it a good option.  For ML at other wavelengths, the challenge of getting high reflectivity will be tough.

Among the various wavelengths explored in the Blue-X region, water window has been one of the most researched due to the promise of biological applications. OptiXfab recently showed a 10x improvement for ML as a collector for water window, but reflectivity is still ~ 30%, so we have a way to go.

For ML in the shorter wavelength region, the interface roughness seems to be one of the constraints for getting higher reflectivity. New chemistries being investigated for ML may help us get reflectivity to an acceptable value.

As one ML expert told me, “we love good challenges…remember what we achieved at 13.5nm.” So, I am hopeful. Let’s see what can be done at smaller wavelengths where we have a strong UTA.

In addition to source and ML, we need to also consider resist. Although we have some idea of what will happen at 6.X-nm, we do not know what we can expect to see for chemically-assisted resists at other wavelengths.

Along with researchers, I expect chip makers and tool makers will weigh in with their opinions. Given there is only one EUVL scanner maker, its opinion will of course matter the most. In any case, it’s time to gather data so that the community can make educated decisions and narrow the options.

—Vivek Bakshi is the president of EUV Litho and previously was a senior member of the technical staff of Sematech Inc.