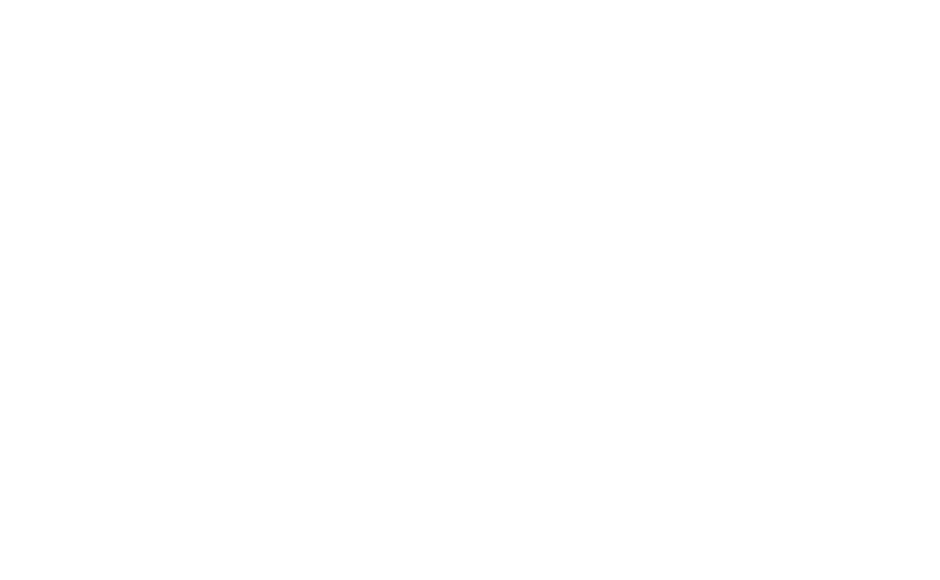 THE world reeled when Lee Sedol – one of the great modern players of the ancient board game Go – was beaten by Google’s DeepMind artificial intelligence (AI) program, AlphaGo. The AI managed to outmaneuver Lee at his own game, one which rewards players’ strategic judgment and creative analyses.

To achieve this, DeepMind provided AlphaGo with the basic framework of the game, recordings of previous games and made it play itself continuously. The software mimics the processes of human learning – and as it went along, AlphaGo learned to be a better player over time.

The day of the face-off, AlphaGo beat Lee four games to one and was awarded the highest Go game-master ranking. It is an anecdote which serves to elucidate the potential impact AI will have on all aspects of our daily lives.

Lately it seems as if everyone is jumping onto the artificial intelligence bandwagon. Everyone, from ride-sharing service Uber to Amazon’s logistics branch, is banking on AI being the next frontier in technological innovation, and are investing heavily in the industry.

That’s likely truest in Asia, where the manufacturing engine which drove China’s growth is now turning its focus to plumbing the AI mine for gold.

Despite Asia’s relatively low overall investment in AI, the industry is set to grow. Fifty percent of respondents in KPMG’s AI report said their companies had plans to invest in AI or robotic technology.

Investment in AI is set to drive venture capital investment in China in 2017. Tak Lo, of Hong Kong’s Zeroth, notes there are more mentions of AI in Chinese research papers than there are in the US.

China, Korea and Japan collectively account for nearly half the planet’s shipments of articulated robots in the world.

Chinese companies such as Baidu and Tencent are banking on AI to save their falling profit margins as the world’s manufacturing businesses turn away from China in search of cheaper labor and raw materials.

Tencent has just announced it is joining the AI rush – they have set up a lab staffed by more than 250 people to explore how AI can be applied in divisions from gaming to social media.

Baidu has just announced plans to open a second R&D facility in Silicon Valley and are currently working on deep learning software which can be later implemented into voice assistants or their driverless car program.

Singapore’s Yojee is conducting AI research in the logistics industry in a bid to design a software which will make drivers more efficient and tracking systems more comprehensive. The company’s autonomous management software is aimed at providing real-time data on delivery, tracking and pickup, combined with specific information such as driver ratings, invoices and job management.

But perhaps the most intriguing is the combination of Yojee’s experimentation with driverless delivery trucks.

“We’re not building an app, we’re building a tech platform everyone can plug into. The cross-border space is the next growth phase and our platform can enable that.”

Yet Clarke’s words echo a threat those in industries touched by AI have been forewarned about.  As AI has risen as a major player on the tech scene, plenty of voices have come to the fore expressing concern  AI’s most disruptive effects will be wrought on the global workforce.

In the UK, a report released by thinktank Reform says roughly 250,000 public servants could lose their jobs to robots over the next 15 years. Meanwhile, other governments such as those in Hong Kong and Singapore are increasingly turning to AI to take over various administrative functions.

Lo argues the effect will be less evident in developing economies where jobs are less specialized, unlike in developed countries, and that instead AI will improve the quality of life in developing countries. 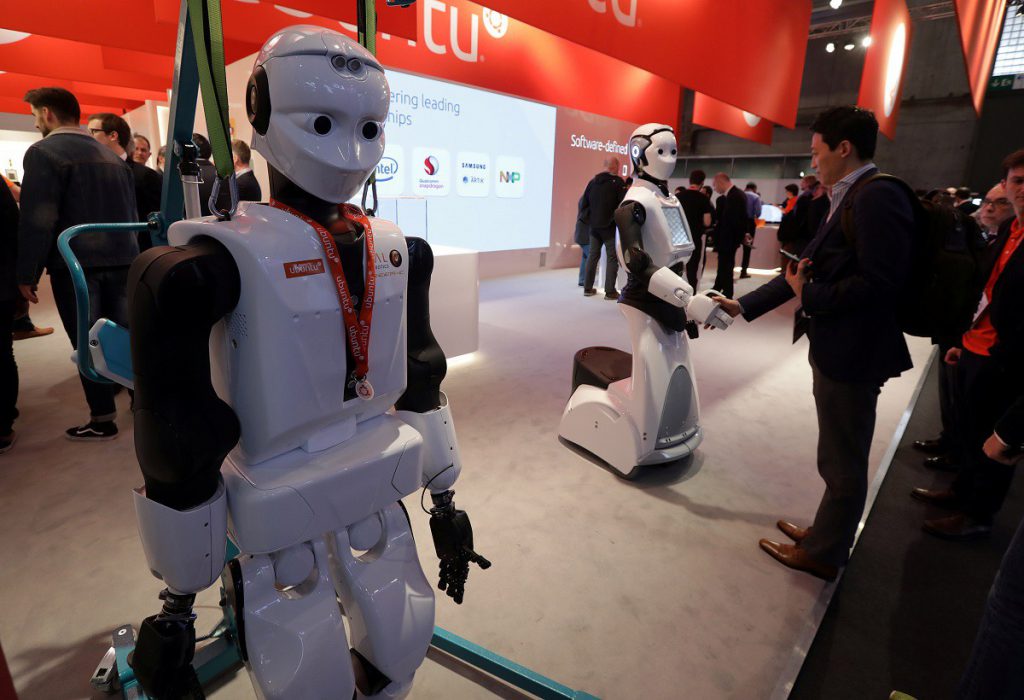 “[Zendroth has] a company that is trying to solve rice crop issues by applying machine learning to crop data to help improve farmers’ ability to assess crop health,” he says.

“So, AI is not going to take over their jobs, it’s going to help improve their jobs.”

Alexander Hitchcock, the co-author of the Reform report, offers cold comfort: “Such a rapid advance in the use of technology may seem controversial, and any job losses must be handled sensitively. But the result would be better, safer, smarter and more affordable public services.”

But comments such as Hitchcock’s do little to assuage worries in the business world. KPMG’s Asia’s AI Agenda report notes 70 percent of HR executives expect AI and robotics will result in significant job losses in Asia over the next five years.

Certainly, developments on the tech scene are not encouraging. Japanese manufacturer Daiwa House Industryannounced it would soon drastically reduce labor needs in their Osaka warehouses by implementing AI-operated systems and robots called “Butlers” to move merchandise. Operating costs are estimated to fall by an estimated 30 percent, as labor accounts for about 80 percent overall costs.

However, there is cause to worry the disruption brought about by the AI industry will ripple out for years to come and in ways we have yet to predict.

Industries such as creative-centered ones were long thought to be immune to such technological encroachments are facing disruption by artificial intelligence, but AI art is already a recognized feature in the art and music worlds.

In Japan, ad agency McCann Erickson pit its AI creative director, AI-CD β (AI-CD beta), against a team led by Mitsuru Kuramoto, to design an ad for their client, Clorets Mint Tab. Though Mitsuru’s team won in the end, some British judges preferred the spot created by the AI, suggesting even the creative industries are not so sacred after all.

News is that AI is even creeping up into the journalism sphere – Google’s Digital Journalism Initiative is spearheading an AI software called JUICE which aims to help reporters write more accurate and engaging pieces.

“Our intention is to support journalists very discreetly in the work they do,” Neil Maiden, professor of digital creativity at London’s Cass Business school and JUICE’s director, told Motherboard.

“As you’re writing a story you can, with a click of a button, ask [JUICE] to invoke different ways of offering you creative and productive advice about the ways in which you can take your story in valuable directions.”

Maiden’s comment is a soft touch, and probably isn’t reflective of the low-level panic creative industries are exhibiting at the notion of being replaced by AI machinery.

However, Lin of Baidu says the worry is misplaced. “Even the best robotic financial analyst is only going to prepare a report at 70 percent of the capability and insight of its human counterpart,” he told KPMG, though admitting it will happen in a fraction of the time.

“This is not scary. All our work lives will be complemented, for the better – we are not going to be replaced.” – Lin

Perhaps there is something to Lin’s comment. Just today, Uber announced it was pulling the plug on its driverless car research program after a vehicle equipped with the technology ended up in an accident on the Arizona highway. The accident was caused by the failure of a second vehicle to “yield” to the autonomous Uber car, causing the latter to turn over.

SEE ALSO: Ride-sharing service operators in Dubai and China partner up to fend off Uber

The incident is reminiscent of the several incidents involving driverless cars from various companies, including the notorious Tesla accident in 2016 which resulted in the death of the driver.

Uber said it would not be moving forward with the program until after the investigation into the matter is completed.