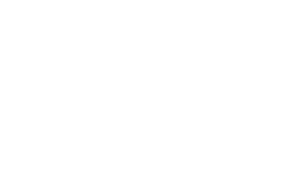 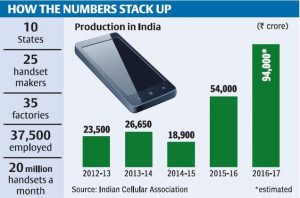 According to data compiled by the Indian Cellular Association (ICA), the industry body representing mobile phone brands, handset manufacturing in 2015-16 rose a robust 185 per cent in value terms to ₹54,000 crore from ₹19,000 crore in 2014-15. ICA estimates that manufacturing activity will touch ₹94,000 crore this fiscal year.

As many as 25 entities are setting up phone assemblies employing over 37,000 people. These factories are coming up across 35 locations in 10 States, and are capable of producing 20 million handsets a month, according to ICA data.

Handset makers such as Micromax, Lava and Intex are already sourcing most of their models sold in the market from their respective factories.

“About 70-80 per cent of all our smartphones, and almost all our consumer electronics, are being manufactured locally. Local manufacturing … will help us enhance the design, and push research and development to suit domestic requirements,” says Rajesh Agarwal, Co-Founder, Micromax Informatics.

Not just Indian brands, even Chinese players such as Vivo and Xiaomi have a local manufacturing strategy.

Of the 220 million mobile phones estimated to have been sold in India in 2015-16, 110 million had some form of manufacturing in Indian locations.

But since a major part of the components that go into a phone are not available in India, most facilities are assembly lines with added capabilities such as quality testing of final products.

The net result is that local value-addition for most players ranges between 2 per cent and 8 per cent of the total phone value. “We are doing in India exactly what we do in China, except that in China there is a robust ecosystem of component makers too,” said Manu Jain, head of India operations, Xiaomi Corporation.

Mobile brands reckon that over the next few years, the assembling lines will evolve into full-fledged manufacturing. “Printed circuit board assembly, which is the most important part of a device, is imported from China. We will soon manufacture 70 per cent of such parts in India,” says Amitabh Khurana, Head, Manufacturing, Intex.

“There is a dearth of skilled workers due to which the workers we employ have to undergo specialised training before they can be finally put to work,” says Vivek Zhang, Chief Marketing Officer, Vivo India.

Micromax’s Agarwal admitted India is still far from achieving zero balance in electronics import even though the Centre has taken initiatives such as setting up of electronics clusters, chip fabrication and assembling units, creation of an innovation fund and tax holidays.

Critics say manufacturing may be limited to assembly of imported parts as the duty structure makes it significantly cheaper to import components. “The Centre has to undertake reforms to incentivise R&D and IPRs,” says TV Ramachandran, former head, Cellular Operators’ Association of India.