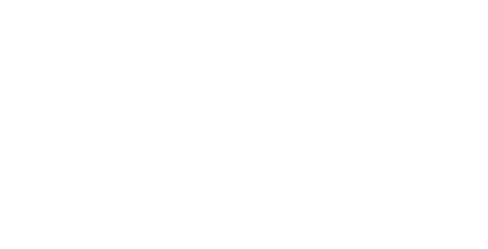 Foundry unit rolls out ambitious plan down to 4nm, along with 18nm FD-SOI and advanced packaging developments.

Samsung Foundry unveiled an aggressive roadmap that scales down to 4nm, and which includes a fan-out wafer-level packaging technology that bridges chips in the redistribution layer, 18nm FD-SOI, and a new organizational structure that allows the unit much greater autonomy as a commercial enterprise.

The moves put Samsung Foundry in direct competition with Intel, GlobalFoundries and TSMC, as well as Outsourced Semiconductor Assembly and Test vendors, across a wide swath of markets ranging from mobile devices to IoT, Magnetoresistive RAM and RF. Samsung also announced its plan to begin risk production for 8nm LPP this year, and to begin using EUV in its 7nm LPP process next year. EUV is expected to reduce the number of photomasks required at that node by about 20.

Exactly what these numbers mean, and how they compare to other foundries, isn’t entirely clear, and there is discussion throughout semiconductor manufacturing sector that one foundry’s numbers don’t match another’s. But what is clear is that Samsung is attempting to pick up business at every node and half-node, including 8nm, 7nm, 6nm, 5nm, and 4nm, and it plans to introduce an 18nm version of its FD-SOI technology in 2019.

“This is now an independent foundry,” said Kelvin Low, senior director of foundry marketing at Samsung Foundry. “We will still leverage Samsung R&D and memory and logic. And we will utilize the company’s advanced packaging and manufacturing capacity. But we are now an independent business organization.”

This result, in effect, is being able to utilize the deep-pocket R&D of an IDM with a thriving end-market business in everything from televisions to smart phones, while also being able to utilize capacity of a newly constructed 300mm fab equipped with the latest technology, including EUV systems. Low said that with EUV the company is turning out 1,200 wafers per day, and he expects that number to improve.

Samsung has been in production on 10nm since late last year. The company issued a press release in March to that effect, saying it has shipped more than 70,000 wafers of its first-generation Low Power Early (LPE), although it didn’t discuss any additional details.

Joanne Itow, director of manufacturing at Semico Research, noted that all of the major foundries are scrambling to find out which process technologies will work best for which applications. Because many of the hot growth markets—automotive, industrial and regular IoT, augmented/virtual reality and medical—require new technology, it’s uncertain which process will win.

“Everyone is trying to figure out which process is best for which product, so foundries are opening up all of these processes,” Itow said. “This is coming from a variety of inquiries. Not every one can be a winner. Eventually, this will filter down to a few technologies. But customers do want different options this year, and we’re seeing the same thing happening with TSMC. They need to roll out something new. This is becoming a pervasive electronics applications market, and there are so many different types of products that we are seeing different processes to accommodate them.”

For Samsung in particular, this is a signal that the company is now courting a broader base of customers, she said. “In the past Samsung was very selective because they wanted to make sure they were successful with their product launches. Now, the next step is to get a broader base and to expand its foundry revenues.”

Samsung’s announcement also included developments at 8nm and 6nm. Samsung did not elaborate. But Sam Wang, a research vice president at Gartner, said the 8nm is a competitive move. “From a time-to-market point of view, it is inevitable that Samsung must offer a relaxed 7nm technology, in response to TSMC’s aggressive 7nm DUV schedule before EUV becomes ready,” he said. “Customers could not fully rely on Samsung’s 7nm EUV-only schedule, which has uncertainty because of the the exact progress of ASML (on EUV). In a way, Samsung’s 8LPP node is a relaxed 7nm node, which should be equivalent to TSMC’s N7, and Samsung’s 7LPP should be equivalent to TSMC’s N7+.”

Samsung also announced plans to introduce its first gate-all-around FETat 4nm in 2020 using EUV. This is the first time a foundry has publicly discussed a timetable for delivering GAA FETs, but roadmaps exist within a number of companies for several more nodes. That includes EUV lithography, GAA FETs using vertical and horizontal nanowires, and nanosheet FETs.

Kinam Kim, president of Samsung’s Semiconductor Business, said during a presentation at a recent event sponsored by Imec, a Belgium R&D organization, that the company sees a path to logic transistor scaling down to 1.5nm.

Then, using a 2D material called molybdenum disulfide (MoS2), Samsung believes it could scale logic technology even further. Samsung and others are exploring so-called MoS2 FETs. “We believe around 1nm is possible,” Kim said. Still in the R&D stage, MoS2 is a family of transition metal dichalcogenide (TMD) materials. The TMDs have remarkable electronic, optical and mechanical properties. 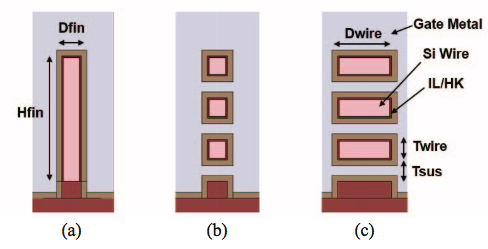 In addition, Samsung announced its second-generation FD-SOI at 18nm in 2019 using immersion lithography. The company has been adding RF and other IP capabilities to its 28nm FD-SOI technology. Going forward, it plans to add embedded MRAM to FD-SOI, and eventually into finFET processes, as well. The company also is looking at FD-SOI for the automotive industry because it has a superior soft-error rate over bulk CMOS, said Low.

How this fares in the market is not clear. “On FD-SOI, we now have Samsung 28, 18nm, and GlobalFoundries’ 28, 22, and 12nm,” said Gartner’s Wang. “Since Samsung’s 18nm is independently developed by itself, it remains to be seen how GlobalFoundries will response to this 18nm offering.”

Perhaps the biggest surprise is a shift in the company’s advanced packaging. Samsung had hinted last year that it was looking for an alternative to silicon interposers because they are too expensive. The company is relying on a redistribution-layer (RDL) interposer to bridge logic to high-bandwidth memory, sidestepping commercial interposer technology for its 2.5D technology, and adding the same technology into its fan-outs.

Intel has introduced its own low-cost Embedded Multi-die Interconnect Bridge (EMIB), which is a silicon bridge that runs through the package substrate.

—Mark LaPedus contributed to this report.