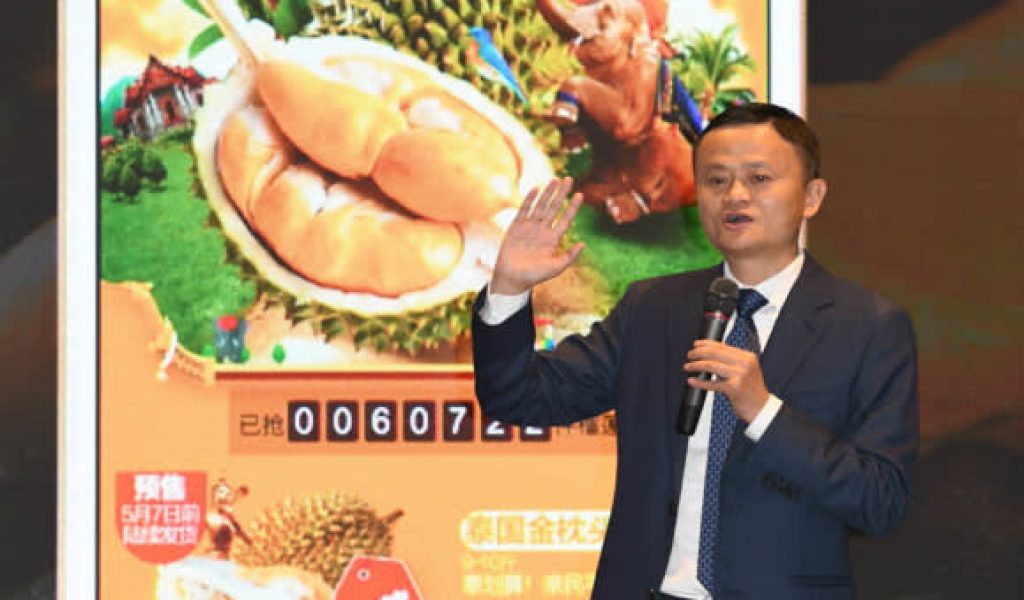 Alibaba, China’s e-commerce leader, has partnered with the government hereto add Thai farm produce to its offerings and rev up cross-border e-commerce among Thailand, China and other global markets. “Quality Thai agricultural products, such as fragrant rice, durian and other tropical fruits in particular, are sought after by the Chinese consumer,” Chairman Jack Ma told a news conference here last week.

The company plans to spend 11 billion baht ($349 million) on a “smart digital hub,” complete with a fully automated warehouse, in Chachoengsao Province, two hours southeast of Bangkok. This will let Alibaba ship Thai produce to China within 24 hours, as well as broaden Thai consumers’ access to Chinese goods.

Alibaba expects to break ground on the facility within the year and have the hub up and running in 2019. The company is thought to be eyeing an eventual expansion of e-commerce offerings to Thailand’s neighbors, including Myanmar and Cambodia.

Chachoengsao and the neighboring provinces of Rayong and Chonburi make up Thailand’s Eastern Economic Corridor, a special zone created in June 2016. The government is working to pack the region with advanced manufacturers and technology companies turning out high-value-added products. The initiative aims to reinvigorate Thailand’s economic growth, which has slipped of late as rising labor costs have pushed labor-intensive industries like sewing and device assembly to countries such as Vietnam.

Businesses settling in the zone can have corporate income taxes waived for up to 15 years, compared with eight years elsewhere. The government has also announced to cut income taxes for certain foreign executives and engineers there, and offer special working visas with longer terms for qualified workers.

World-class logistics infrastructure will help the area cater to global business as well. The government is expanding U-Tapao International Airport, in Rayong, and adding a second runway to serve the industrial hub. A 220km rail line linking U-Tapao to Don Mueang and Suvarnabhumi airports serving Bangkok won cabinet approval at the end of March. The port of Laem Chabang, in Chonburi, is also being enlarged.

Europe’s Airbus has already agreed to set up a maintenance hub at U-Tapao with state-owned Thai Airways International. The 11 billion baht facility, scheduled to open in 2021, will handle maintenance and repair operations for airlines, including budget carriers from across Southeast Asia.

With two aviation giants planning forays, the companies that work with them are sure to be close behind. Japanese tire maker Bridgestone is already spending 15 billion yen ($137 million) to build production facilities for aircraft tires in Thailand by 2019.

Auto-related business are moving in as well. Japanese electronics maker Sonywill soon start manufacturing and shipping abroad automotive cameras that can be used on self-driving cars, while Toyota Motor plans to launch production of batteries for hybrid vehicles as soon as 2020.

But these advanced operations could face rocky beginnings. An underdeveloped system for training engineers makes skilled technical workers difficult to come by outside of Bangkok. Labor costs could also pose an issue — the minimum wage in two of the three provinces that make up the corridor is higher than in the capital.