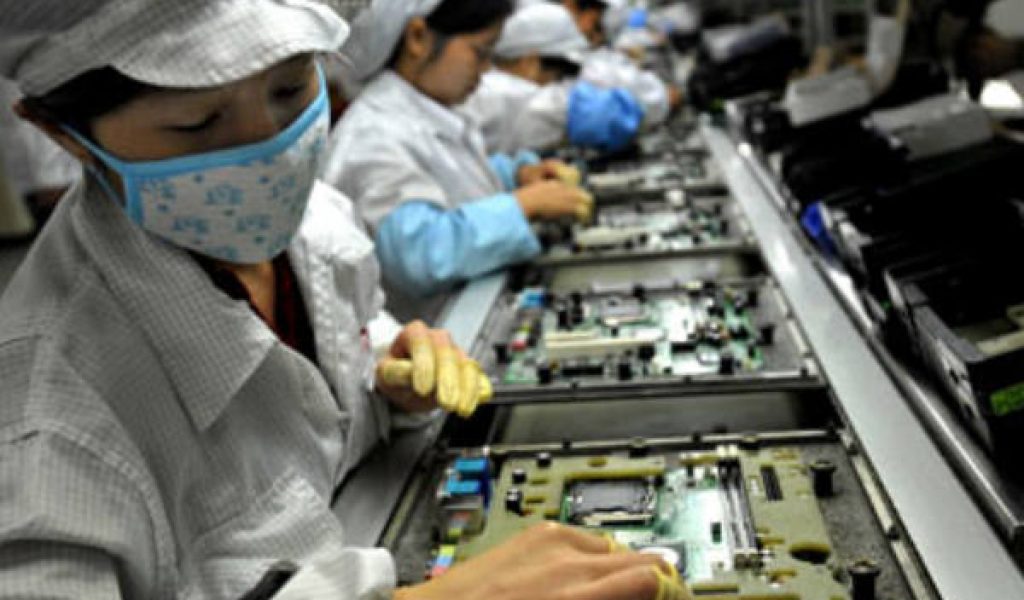 As wages continue to rise in an increasingly service oriented economy, China looks to manufacturing clusters to bolster the nation’s labor-intensive industries.  Offering clear lines of communication and reduced transportation costs, cluster manufacturing provides economic stability by bringing together an array of businesses from across the supply chain.

While China looks to transition to a more consumer-based society, its manufacturing base faces increasing pressure from low-cost ASEAN members like Vietnam and Indonesia.  Yet in China’s coastal provinces, investors will find well-established infrastructure that much of ASEAN lacks.  The Middle Kingdom’s ability to provide the resources for reliable manufacturing in close proximity to like-minded businesses and institutions are essential arguments to China’s continued manufacturing competitiveness.

A manufacturing cluster is an interconnected system of like-minded businesses in a geographically centralized location.  They share industry characteristics and benefit from collective growth.  Clusters look to create an environment with clear communication that allows them to bridge gaps and create a more efficient ecosystem for design, production, and distribution.

An effective manufacturing cluster does not begin with product development, but leverages local resources, educational institutions and complimentary services. A well-established cluster offers a business network that is an easily navigable system for suppliers, buyers, and R&D facilities.  Like Shenzhen’s one stop shop for electronics production, clusters should continue to attract similar businesses in an effort to create a sustainable system for continued growth.

Known as China’s Silicon Valley, Shenzhen boasts over 4,700 national-level high-tech enterprises amid 30,000 science and technology companies.  With the largest export oriented manufacturing base in China and R&D investment of 4.02% of the city’s GDP (roughly equal in percentage to that of South Korea, the second highest ranking country in the world), Shenzhen has become a one-stop-shop for technological design, production, and distribution.

The rise of ASEAN manufacturing

Yet ASEAN’s manufacturing sectors still faces significant hurdles regarding the ease of conducting foreign direct investment and the development of local infrastructure.  Although the capitals and major port cities of many ASEAN member states have capable infrastructure and a skilled workforce, these amenities rapidly deteriorate in regions removed from the urban cores.

Indonesian President Joko Widodo has implemented tax incentives for companies willing to invest in one of Indonesia’s nine Special Economic Zones (SEZs).  However, although these zones offer preferential policies, Indonesian SEZs are generally created to spur development in rural or underdeveloped areas.  As such, potential investors into the emerging markets of Asia should carefully consider all of the elements of a potential investment opportunity.

With both new foreign direct investment and factories traditionally based in China shifting towards ASEAN, China needs to carefully consider the future of its manufacturing industry.

Today, cluster manufacturing is still an effective method of economic transformation. The Science Publishing Group offers a report from the International Journal of Business and Economics Research on the benefits of cluster manufacturing for Chinese cities whose commerce relies heavily on natural resources. In short, the journal finds that strategically implemented manufacturing clusters can help resource cities take a proactive approach to a heavy reliance on an unsustainable industry. Bringing together like-minded businesses that span the length of the supply chain work to create a healthy and sustainable local economy.

In recent years, China’s State Administration of Taxation (SAT) has begun promulgating resource tax reforms in an effort to conserve the nation’s natural resources. While these regulations will undoubtedly have some effect, a number of cities economically dependent on natural resources have already seen their supplies exhausted as the nation works to meet domestic demand.

Such cases have brought the benefits of cluster manufacturing to light for local government officials. In Fuxin, a strong agate handicraft and manufacturing cluster became a vital counterweight to the decline of mining and the Fuxin Mining Group’s dismissal of a significant portion of its workforce. Occupying 50 percent of the market share as well as providing 30,000 jobs, the manufacturing cluster is now the driving force of the city’s economy. Stories similar to that of Fuxin can be found in Liaoyuan’s sock manufacturing cluster, Benxi’s traditional Chinese medicine cluster, and Baotou’s lanthanum cluster. As these cities exhausted their resources of iron and coal, cluster manufacturing proved to be an effective remedy to their ailing economies.

As China continues to mine its natural resources at an alarming rate, the nation has begun to seek out natural resources lying beyond its borders. A report issued by Ernst & Young put China at the top of the list of mining and metal acquisition in 2014. China’s acquisitions abroad should be a signal to relevant domestic economies that it is time to start thinking about alternative economic solutions. In such cases, cluster manufacturing, especially in the low-cost regions of the interior, has already emerged as a suitable replacement.

While ASEAN manufacturing is an increasing threat to Chinese manufacturing, manufacturing clusters can still provide economic stability. This is especially true for resource-rich areas in the interior where labor costs still lie well below that of the coastal regions. China’s next economic shift is poised to be towards high-tech production, which can already be seen in the vibrant city of Shenzhen. Shenzhen’s cluster, like that seen in Silicon Valley, provides the city with long-term economic stability and keeps it at the forefront of emerging technologies. Completing such a transformation would see China’s competition shift rather than disappear, leading the country on the path of continued development.