Time for a Supply Chain Revolution? 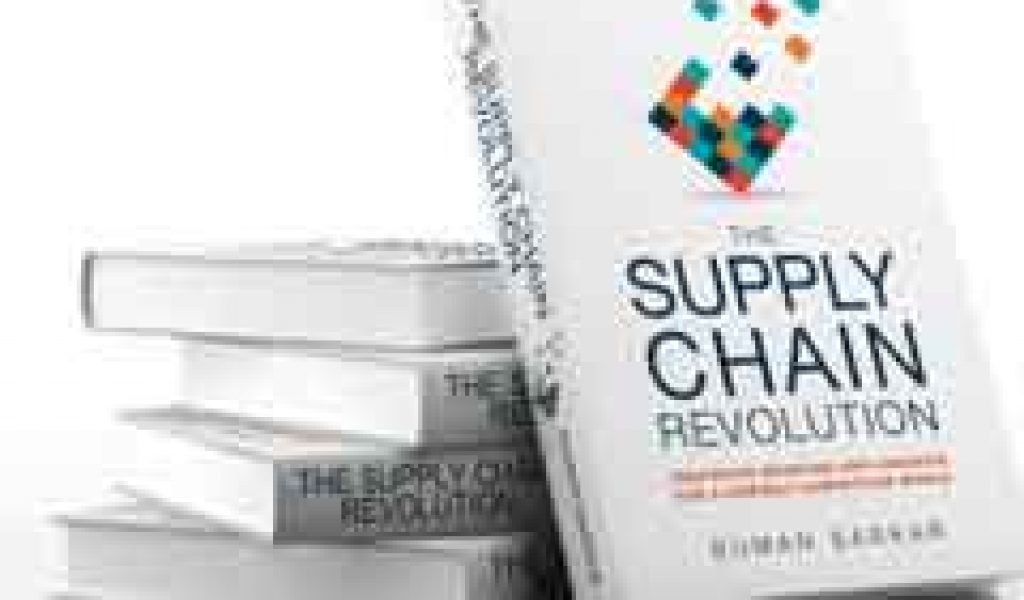 One of the nice the nice things about my current job is that I can get a review copy of almost any book about supply chain or business that I want, a perk I really need to access even more frequently than I do.

The other side of that coin is that fairly often a new book simply shows up in the SCDigest mailbox, as was the case a couple of months ago when “The Supply Chain Revolution” by Suman Sarkar, a consultant formerly at AT Kearney and now heading his own firm, Three S Consulting.

With the game-changing dynamics in most business sectors right now, companies must either revolutionize (another word for transform) their supply chains or face losing market share and position or an even worse fate, Sarkar says, arguing that “The contrast could not be more clear between companies that have turned sourcing and supply chain into competitive weapons and those that have not.”

The book early on goes through the now oft-told story of how Spanish apparel retailer Zara has indeed used its supply chain as its key competitive edge. What’s is most remarkable, however, is that its competitors still can’t match what it does with its supply chain many years later.

As Sarkar notes, Zara is somehow able to get new merchandise into its stores from concept to in-stock in an almost unbelievable 10-15 days. He offers as a comparison Gap stores, which Sankar says generally takes 9-12 months to accomplish the same feat.

Zara has bet on speed versus scale – even though it operates some 7000 stores across the globe – but whatever it is losing in per unit costs from the approach it is obviously gaining and more in terms of cash flow (low inventories), net margins (fewer markdowns) and revenue growth (fresher merchandise).

Why can’t others replicate the supply chain model? I don’t have an answer, just some guesses: entrenched processes that just can’t be given up; fear of the risk of changing the paradigm, which has sort of worked until now; and just maybe, CEOs who can’t drive the changes in supply chain.

But maybe more retailers need to make the transformation soon. There are a growing number of new apparel sector entrants claiming to have “superfast fashion” operating models, similar to Zara.

“If a company can affordably and profitably produce merchandise that people actually want to buy in two-to-four weeks, we’re in big trouble as an industry. It’s the mother of all disruptors. But I’m not sure it’s actually doable,” recently wrote Paula Rosenblum of RSR Research.

But Sarkar would probably say, “What if it is?” The “mother of all disruptors” indeed.

[mk_blockquote style=”quote-style” font_family=”none” text_size=”12″ align=”left”]”Supply chain segmentation,” remains a relatively hot top overall, and Sarkar recommends its adoption in several areas, with customer service management being at the top of that list.[/mk_blockquote]

So what are the keys to supply chain revolution? I wish Sankar had spent more time on the big picture. Instead, he almost immediately moves into a series of specific improvement areas, ranging from driving customer satisfaction from service improvements, “debottlenecking” the supply chain and thus reducing risk, sourcing excellence and more.

“Supply chain segmentation,” remains a relatively hot top overall, and Sarkar recommends its adoption in several areas, with customer service management being at the top of that list.

“Typically, only a small group of customers requires a high level of service,” Sankar writes. “When faced with competition or customer requests, customers tend to increase the service levels for all their customer segment irrespective of their size of profitability.” Sankar offers a simple three-step approach for service segmentation, which is as follows:

1. Classify customers by segment: Often, this involves a two-dimensional matrix, such as the approach one retailer used for its stores, with “branding criticality” (high or low) on one dimension, and “volume and profitability” on the Y-axis. The analysis found some 95% of stores were being over-serviced.

2. Develop a menu of service levels: Basically, this involves identifying several different service metrics that will be offered to market. I will add that the core of supply chain segmentation is managing different metric levels for individual segments, rather than a universal measure/target for all segments.

3. Identify service levels appropriate for different segments: Per my point above, if you do not take this step, you are really not doing segmentation. Sankar also says there needs to be some way for customers to pay for the high service levels – though that of course is easier said than done.

From his AT Kearny background I suspect, Sankar spends a decent amount of time on opportunities in sourcing, where for one he says most companies need to get a lot more from supplier collaboration and alliances in the current environment than they do now. He hopes that the sourcing discipline will move from being simply a cost center focused on purchase price to one viewed as a more integral part of the business. A key to this, Sankar says, is the “triangulation” approach – getting equal views of needs and requirements from customers, the business and suppliers – a method he details near the end of the book.

There is a lot more, but I am out of room. The book is a nice summary of the many opportunities in supply chain, probably not much different in the end from similar works, but simply and understandably laid out, making it especially useful for non-supply chain managers and executives or anyone wanting to grasp the basics of supply chain’s potential. There is also an interesting chapter on retail “store investment” that I don’t have room for here but is very interesting in these challenging times for brick and mortar.

That said, in addition to having more meat around “big picture” strategies and opportunities – meaning how can the supply chain as an ecosystem become more effective? – I wish there had been more examples of improvement and value creation from less prominent companies, whereas this book features a number of stories from very large and famous companies such as Apple, Boeing, Amazon and others. This is a frequent general complaint of mine across supply chain books.

It’s a fast and easy read. Sankar is close to the action, and in the end says most companies have many, many opportunities for supply chain improvement – especially if CEOs get on board.

Are CEOs often the barrier to supply chain improvement? Have we really not made much progress as a disipline in 20 years? What are your thoughts on segmentaion? Let us know your thoughts at the Feedback button or section below.