Top 15 Chip Suppliers Outgrew Market in First Half of Year 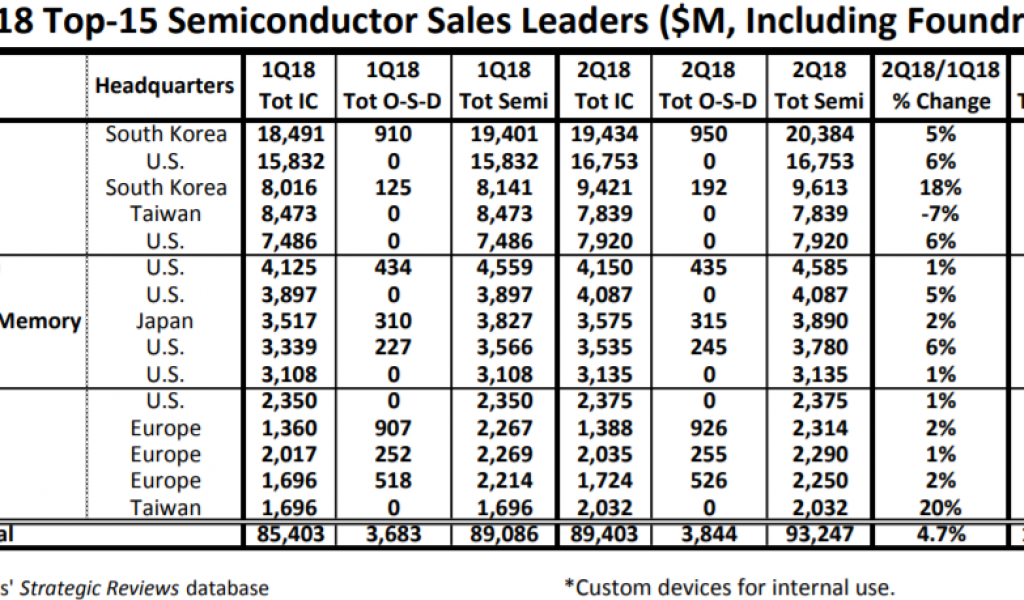 Eleven of the top 15 chip suppliers in terms of sales in the first half of this year posted double digit year-over-year growth, with seven of them growing by more than 20%, according to market research firm IC Insights.

Of the top 15 suppliers for the first half of the year, seven are headquartered in the U.S. (including Broadcom, which moved its headquarters to the U.S. from Singapore in April). Three of the companies are located in Europe, with two each in Taiwan and South Korea and one in Japan, according to IC Insights.

One foundry — TSMC — and four fabless companies — Broadcom, Qualcomm, Nvidia and MediaTek — are included among the top 15 chip firms.

IC Insights noted that Apple — whose A series processors are found only in Apple products — was the 16th ranked chip supplier in terms of sales in the first half of the year and would have cracked the top 15 had TSMC — which builds products for customers and doesn’t sell any of its own branded devices — not been included.