Toyota and Mazda to build a $1.6B US auto assembly plant 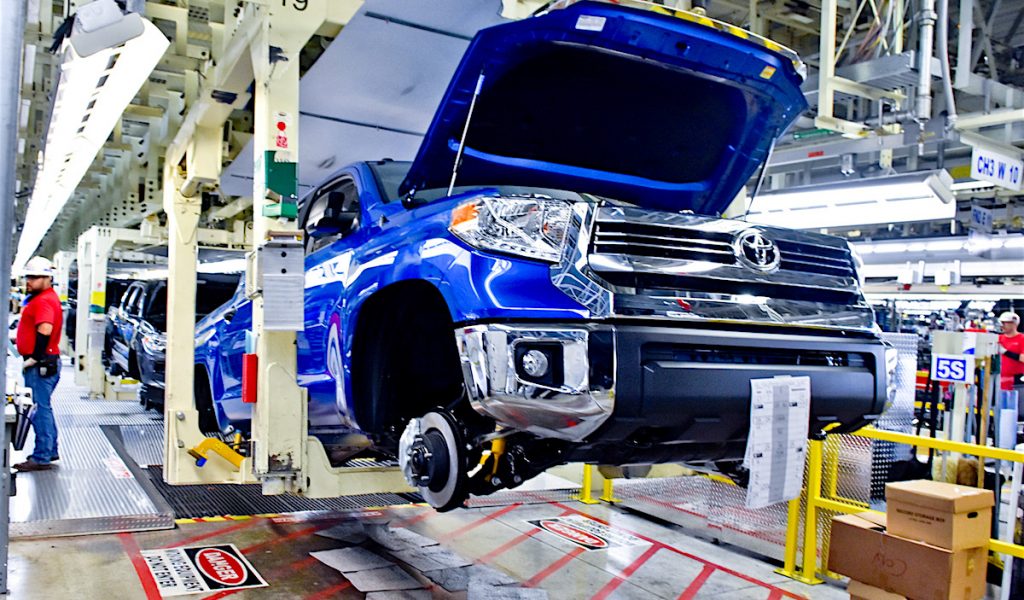 Japanese automakers Toyota and Mazda plan to announce Friday that they will build a new $1.6 billion vehicle assembly plant in the U.S. that would create 4,000 jobs, a person familiar with the plans said.

The announcement is likely to be viewed as a victory for President Trump who has been pushing foreign automakers to make more vehicles in the U.S.

With the capacity to produce about 300,000 vehicles annually, the plant will be operational by 2021 through a new 50-50 joint venture, the person told USA TODAY. The person requested anonymity because they were not authorized to reveal the information prior to the formal announcement.

The move carries significant political implications following Trump’s verbal assault on Toyota and other companies that sell foreign-made cars in the U.S. It was not immediately clear whether Trump’s threats factored into the decision.

Toyota declined to comment, and Mazda spokesman Jeremy Barnes said the matter was set to be discussed in Japan on Friday but he couldn’t comment further.

The automakers have not yet decided where to build the new assembly plant, potentially triggering a bidding war among states eager for economic development.

Toyota and Mazda are also set to announce plans to collaborate on the development of electric vehicles, safety equipment and self-driving car technology, the person said.

The companies are also expected to announce investments in each other. But since Toyota is the world’s second-biggest automaker by volume, it is clearly the big sibling on the deal.

The accord also could pave the way for further industry consolidation as automakers grapple with the steep costs of meeting global fuel economy standards and investing in self-driving cars.

“Toyota and Mazda have been working more closely together, so it is no surprise they will have a plant together,” Autotrader.com analyst Michelle Krebs said, adding that Mazda had been searching for U.S. manufacturing capacity.

The new plant comes after Trump escalated criticism of Toyota in January, threatening to implement a border tax if the company did not invest in U.S. production. Toyota announced plans in January to invest $10 billion in U.S. operations over the next five years.

Over the decades, Toyota has developed a massive footprint of plants in the U.S. It includes factories in Kentucky, Alabama, West Virginia, Texas and Indiana, from which it exports more than 160,000 vehicles annually to 40 countries.

But Trump was upset at Toyota’s plans to build a new $1 billion, 2,000-worker plant in Mexico to make the Toyota Corolla sedan.