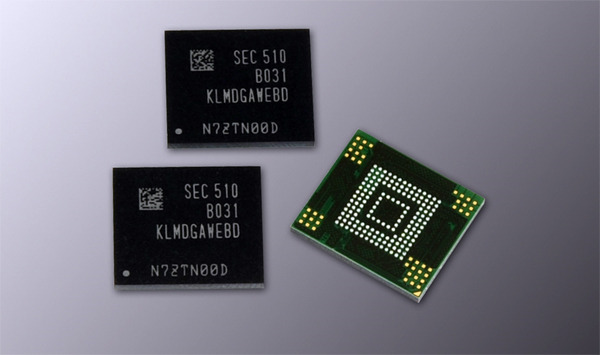 CTIMES – DRAMeXchange, a division of TrendForce, reports that the global NAND Flash market has stayed in oversupply since the traditional slow season in 1Q18, resulting in an average drop of 15~20% in NAND Flash contract prices in 2Q18. On the other hand, NAND Flash bit shipments bounced back in 2Q18 as Chinese smartphone brands stocked up on high-density products.

Looking ahead to 3Q18, there are noticeable signs that the demand growth will be limited despite the contributions from the traditional busy season. Shipments of mainstream consumer electronics products such as smartphones and notebooks during 3Q18 are not expected to increase significantly. Also, memory module makers will be carrying high levels of inventory. Therefore, DRAMeXchange analyst Ben Yeh notes that the average selling prices of NAND Flash products are expected to drop further by nearly 10%.

Yeh notes that the ASP drops are not totally negative news for the industry. While the persistent oversupply during 2Q18 inevitably led to a further decline in prices, mobile device manufacturers took the opportunity to raise the storage specifications of their devices.

As the result, products of 128GB or higher capacity have reached a penetration rate of over 10%. In the second half of this year, Chinese smartphone makers such as OPPO, Vivo and Xiaomi are expected to adopt uMCP actively, bringing the average content per box of mid-to-high-end smartphone models up to 256GB or even 512GB in 1H19.

In the SSD market, the price reduction of NAND Flash would also improve the shipments of high-capacity (8TB, 16TB) applications for servers. The notebook market would see greater adoption of SSDs in computer systems, and the shares of those with 256/512GB SSDs would be expanding, up from current 128/256GB.

The increase in the density per device among Chinese branded smartphones and demand rebound in the server and data center market caused Samsung’s NAND Flash bit shipments to grow by 15% QoQ in 2Q18. However, Samsung’s NAND Flash ASP also suffered a drop of more than 10% QoQ on account of the general oversupply situation and the ongoing price decline for various products. The supplier’s 2Q18 NAND Flash revenue came to US$5.93 billion, showing a QoQ increase of 1.8%.

The growth of SK Hynix’s bit shipments rebounded to 19% QoQ in 2Q18 due to returning demand from Chinese smartphone brands and strong SSD sales. Still, the general oversupply in the market caused the supplier’s ASP to drop by 9% QoQ. On the whole, SK Hynix’s 2Q18 NAND Flash revenue rose by 11.8% QoQ to US$1.73 billion. Furthermore, the demand related to the upcoming iPhone devices has started to contribute to SK Hynix’s bit shipments since the end of 2Q18. Also, SK Hynix’s 72-layer 3D NAND products are also gaining traction in the SSD market and are forecast to account for more than 50% of the supplier’s Enterprise SSD shipments by the end of this year.

The demand recovery in the smartphone market and SSD sales also helped Toshiba in 2Q18. Although the supplier adjusted product shipments in response to the high inventories carried by memory module makers, its bit shipments for 2Q18 still grew by more than 10% QoQ. Toshiba’s ASP, however, registered a QoQ decline that slightly exceeded 5% due to falling contract prices for wafers, SSDs, and eMMC/UFS products. Given these developments, Toshiba’s 2Q18 NAND Flash revenue advanced by 3.3% QoQ in 2Q18 to US$3.14 billion.

At its latest conference call, Western Digital especially noted that it has been discussing with Toshiba about the future CAPEX plans in light of the recent market developments. Hence, there is a possibility that the Toshiba-Western Digital alliance will slow down the pace of capacity building to prevent the worsening of the oversupply situation. How this alliance proceeds with capacity expansion may influence other suppliers’ decisions in this area as well.

Micron’s sales of high-density products for the mobile application nearly doubled in 2Q18 thanks to smartphone brands upgrading their devices. This result also led to changes in Micron’s strategy – the company will focus more on increasing the shipment share of mobile memory solutions while scaling back the shipment shares of chips and wafers that go to the channel market. Micron posted stellar sales result in the SSD market as well. In addition to raising the sales of Enterprise SSDs, the supplier will be promoting QLC 3D-NAND SSDs to further boost its high-density product shipments. Micron’s 2Q18 NAND Flash revenue rose by 7.6% QoQ to US$1.94 billion.

In 2Q18, Intel still maintained a QoQ growth of more than 15% in its NAND Flash bit shipments on account of the steady growth of its server SSD sales. However, a greater part of the 2Q18 server SSD shipments is made up of low-price products due to the imbalance in Intel’s product mix. This actually led to a QoQ drop surpassing 6% in the supplier’s NAND Flash ASP. Intel nevertheless kept its NAND Flash revenue above the US$1 billion mark in 2Q18, posting an increase of 6.8% QoQ to US$1.08 billion.

Intel also continues to work on its 3D XPoint and will likely be its leading advocate after the split with Micron. However, getting more customers to adopt this technology will be much more difficult if there is no other partner willing to invest in it.