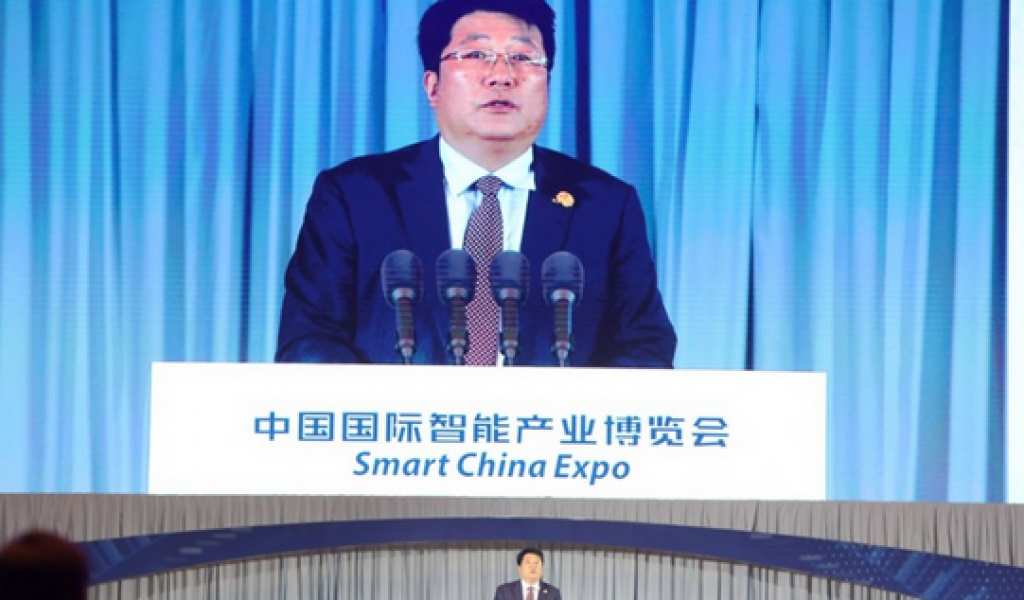 The head of China’s top state-backed chip maker has called for coexistence between local and foreign suppliers amid the country’s efforts to catch up with the west in semiconductor technology.

“I hope multinational chip makers can leave a bite for Chinese companies,” Zhao Weiguo, chief executive of Tsinghua Unigroup, said at the Big Data and Smart Technology Summit in Chongqing on Thursday, revealing a rare public glimpse into the mixed feelings of players in the sector.

Last year, the state-owned chip maker spent 20 billion yuan (US$2.9 billion), or 30 per cent of its revenue, on research and development, making it among the top spenders in terms of sales to R&D ratio.

“We are gritting our teeth to push forward … but Qualcomm doesn’t like us,” Zhao said in Chinese, gesturing to the audience which included Cristiano Amon, president of US rival Qualcomm. It was not clear if Amon, who spoke earlier at the event, heard the translation into English.

“JLQ has products around US$100, while our target range is US$50 to US$100,” he said. “I hope multinational chip makers can leave something for the Chinese companies.”

Chinese authorities gave the green light to the joint venture last May amid fears that China was failing to close the technology gap with semiconductor makers in the west. Tsinghua Unigroup shipped a total of 3.4 billion chips last year, according to Zhao. In the mobile chip market, Qualcomm ranks the No 1 non-end user supplier in China while the Beijing-based company is in third spot.

Last month, the San Diego-based chip maker walked away from its US$44 billion bid for NXP Semiconductors after failing to secure antitrust approval from China, seen as the first high-profile casualty of the Sino-US trade war.

China’s State Administration for Market Regulation later issued a statement saying it hoped to continue communicating with Qualcomm to solve antitrust concerns, despite the chip industry’s biggest takeover deal falling through nearly 21 months after the offer was first made to the Dutch chip maker.

The US and China are currently engaged in a trade war, imposing retaliatory tariffs on each other’s goods. The Trump administration has also taken aim at China’s technological ambitions as laid out in its “Made in China 2025” plan that is intended to guide the country’s industrial modernisation.

The US has said it would apply tariffs on products “containing industrially significant technology, including those related to Made in China 2025”.

Both Zhao and Amon were among a group of technology industry leaders gathered in the southwestern Chinese city for the three-day conference.

This article appeared in the South China Morning Post