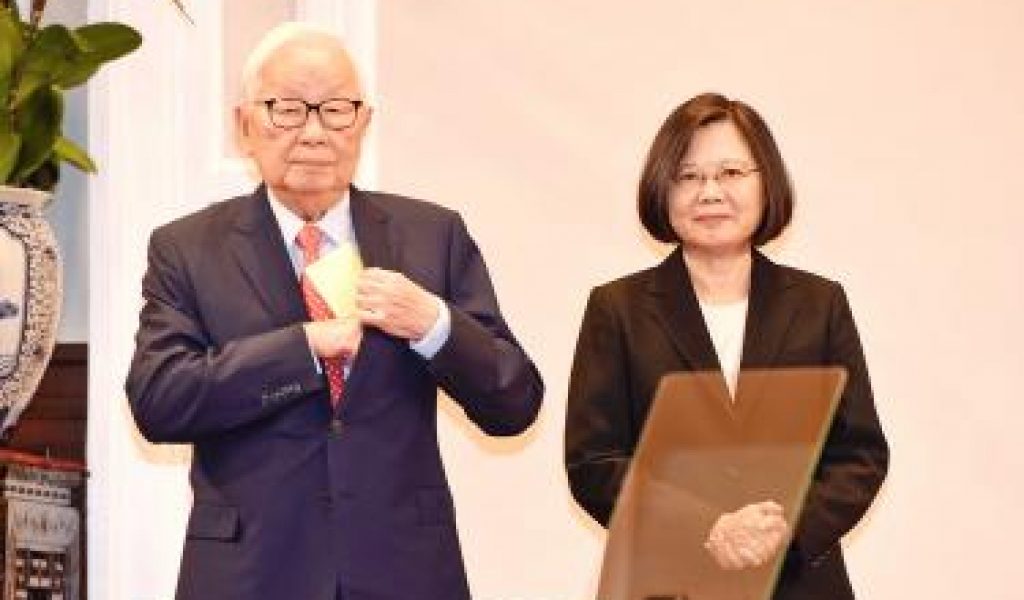 Chang is the best choice to represent Taiwan at the summit, which is themed “Harnessing Inclusive Opportunities, Embracing the Digital Future,” Tsai told a news conference at the Presidential Office Building in Taipei.

Chang was widely expected to be chosen as the representative.

Despite its status as a full member of the 21-member APEC forum since 1991, Taiwan’s presidents are traditionally prohibited from attending the yearly summit due to China’s opposition.

Chang told the news conference that he plans to address how small economies can deal with the challenges of emerging economic nationalism.

Taiwan is an integral part of the global innovation supply chain and has a major role to play in shaping the future of the global digital economy, said Chang, who built TSMC into the world’s biggest contract semiconductor maker.

However, some nations are embracing protectionism by insisting that products be made within their borders and prioritizing their own national interests, which poses growing challenges to small economies such as Taiwan, he said.

Chang said he would also exchange views with world leaders on how to address these challenges.

Tsai said there were several reasons behind her decision, including Chang’s stature within the international business community and outstanding contributions to the development of Taiwan’s technology industry and digital economy.

Chang is also highly respected throughout Taiwan and is representative of all sectors of society, she added.

Tsai said she hopes the delegation would fulfill two missions: explore potential areas for cooperation and present to the world Taiwan’s strength in and vision for the digital economy.

The summit is to be held from Nov. 12 to 18, with the leaders’ meeting scheduled for the final day.