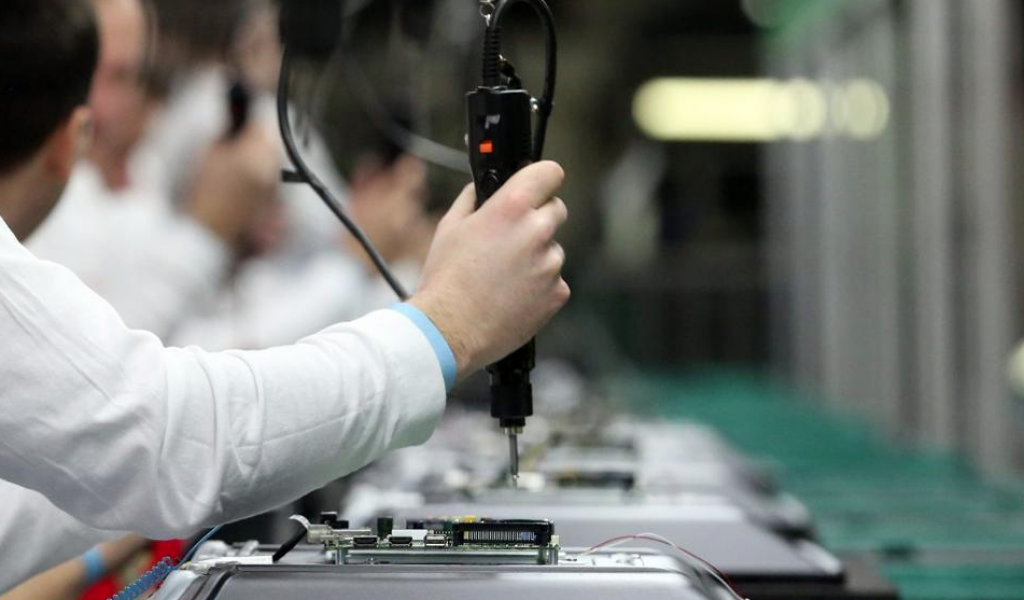 During Anna-Katrina Shedletsky’s six years at Apple, she spent a lot of time in China. Her last position entailed overseeing the assembly of the first-generation Apple Watch at contract manufacturer sites. Almost everything was still assembled by hand, with massive lines of people doing repetitive tasks for long hours.

“It’s a mass of humanity, with basic rudimentary tools to do the assembly process,” Shedletsky said. “People tend to think we’re a lot further ahead in automation.”

That’s how nearly all consumer electronics are built these days — large contract manufacturers in Asia are hired out to do the assembly work. But for companies based outside of China, it’s hard to keep track of what’s happening. They have to send over teams to oversee production and make sure everything is moving ahead.

Shedletsky wants to make this type of manufacturing a bit easier for companies. Shedletsky, along with another former Apple engineer, Samuel Weiss, have founded manufacturing startup Instrumental. The Los Altos, California-based startup builds a camera system that takes high-definition pictures of the product during various states of the assembly process and sends it back to the company. Instrumental software then lets companies remotely track how their products are being assembled.

But the bigger picture vision for the company is introducing more automation into what is a still very manual process. Instrumental has begun deploying machine learning techniques to pick out any manufacturing anomalies and track where things go wrong. For example, a solder joint on a PCB board may have a slight variation on one line. Instrumental’s system could identify the tiny variation and alert the company. Over time, as the deep learning techniques are trained further with more image data, the software will be able to better identify when there are defective units and pinpoint where it wrong.

The startup sells its hardware and software to companies who are actually designing and selling the hardware. These companies then install it on their assembly line with their contract manufacturers. It currently has two partners it can talk about now: Pearl, maker of a car license plate with a backup camera, and Light, maker of an advanced digital camera that hasn’t shipped yet. The company has deployments of its machine at major contract manufacturers like Foxconn, Flex, Primax and Goertek.

Instrumental, which has 12 employees, has raised $10.3 million to date from Eclipse, First Round and Root Ventures.

When the company first launched in 2015, Shedletsky and Weiss planned to build robots for fully automated factories of the future. Apple has some of the most advanced supply chain operations in the world, so Shedletsky wondered why there were so many people still involved in assembling its products. But she quickly realized there were already plenty of companies building these high-end industrial robots, and it was a race to the bottom — you just need to build a machine that can build something marginally cheaper than the $2 an hour it costs to get a human to build it in these countries. The real value will be taking all that data coming off robots to build an artificial intelligence engine that will make these automated factories run more efficiently.

Shedletsky believes deeply in the inevitability of automation. China, for example, has an initiative to double the use of industrial robots to 800,000 robots by 2020. Automation will eventually bring more manufacturing back to the United States, Shedletsky said, because “it frees up manufacturing from having to go where labor is cheapest.”

“Automation is a foregone conclusion. You can do funny things to prevent it, but it’s kind of dumb,” she said. “What comes after is intelligence. That’s the next phase of manufacturing. Even though robots are still filtering throughout the long tail of supply chains, the next thing is how to use those machines to create an intelligent system.”