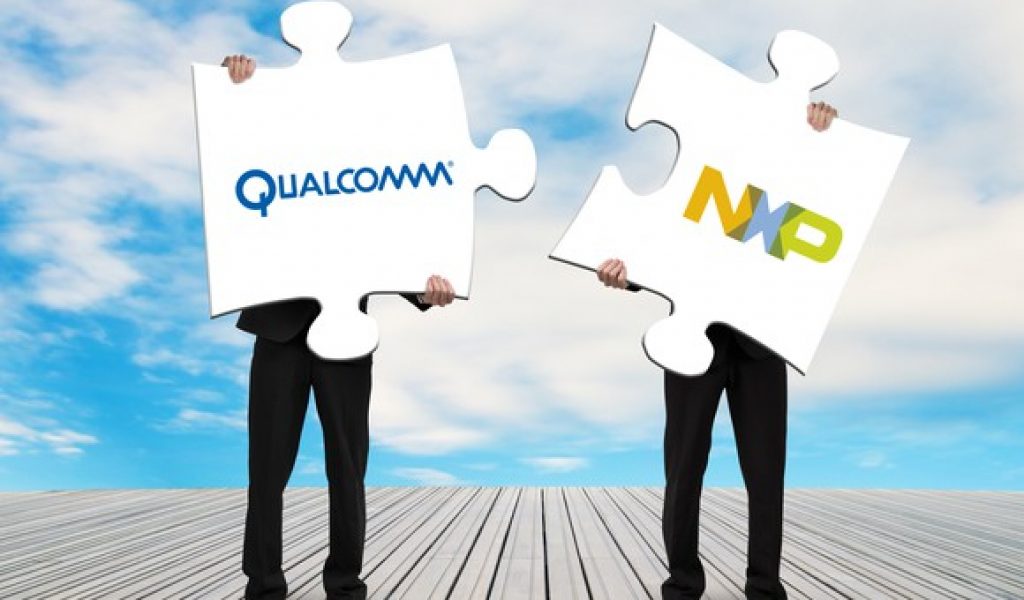 Qualcomm Inc. is set to find out this week if its $44 billion deal to buy chip maker NXP Semiconductors NV will become one of the biggest casualties in the escalating U.S.-China trade battle.

Wednesday is the expiration date for its merger agreement with NXP, a deal struck in October 2016 that Qualcomm touted as transformational, saying it would diversify a largely smartphone-driven business into the fast-growing automotive chip market.

China is the last of nine markets where Qualcomm and NXP need approval from competition authorities, but that decision has been snarled in the wider trade feud for months. Beijing’s State Administration for Market Regulation could still sign off, but trade specialists said President Donald Trump’s threat Friday to put tariffs on $500 billion in Chinese imports makes that highly unlikely by Wednesday. And Qualcomm, which extended the deadline in April, has said it doesn’t plan to do so again.

The demise of the Qualcomm-NXP deal more than 20 months after it was struck would illustrate the consequences of U.S.-China trade tension. The impact so far has been spread among many companies, with the Trump administration having imposed tariffs on $34 billion in Chinese imports across many industries, with tariffs on another $16 billion worth under review. China has matched with a 25% tariff on $34 billion in U.S. products and identified another $16 billion worth for additional duties.

Qualcomm’s fortunes already have been whipsawed by White House priorities and U.S.-China jousting. In March, Mr. Trump saved the San Diego company from a hostile takeover by rival Broadcom Ltd., blocking the deal in the interest of national security concerns focused on China.

Then, Qualcomm nearly lost a significant customer, ZTE Corp., when Washington banned U.S. companies from selling components to the Chinese maker of smartphones and telecom equipment over sanctions violations — only to have Mr. Trump later make a deal with Beijing to save ZTE.

“It’s been wild,” said Jeffrey Helfrich, portfolio manager at Dallas-based investment adviser Penn Davis McFarland, which counts Qualcomm among its largest holdings. “Anyone of the many events in the past year would drive a CEO crazy.”

NXP, a Dutch chip maker with some 30,000 employees and $9.26 billion in revenue last year, also has had its future held hostage for nearly two years. If the deal fizzles, it would have to explain to shareholders how the future is bright on its own.

Chinese authorities were close to approving Qualcomm’s deal in May, just before the White House blindsided Beijing by announcing plans to proceed with tariffs on $50 billion of Chinese imports.

Scott Kennedy, a China scholar at the Center for Strategic and International Studies, said for Beijing to approve the deal now would risk showing weakness. “It’s hard to meet American demands on this single case when the entire trade relationship is in serious trouble of escalating,” he said.

Chinese regulators could offer some sort of conditional approval, Mr. Kennedy said, forcing Qualcomm and NXP to decide if they want to further delay a final outcome.

China’s State Administration for Market Regulation didn’t respond to a request for comment on its status Monday.

The merger extension in April said that if China doesn’t approve by July 25, Qualcomm would pay NXP a $2 billion termination fee. Qualcomm’s board scheduled a meeting for early this week, and directors are still leaning toward dropping the deal if it isn’t cleared in time, a person familiar with the matter said.

Qualcomm Chief Executive Steve Mollenkopf told investors in April that the company was working to complete the deal, but “if it doesn’t get done, we’re going to move on to another approach.” Qualcomm said at the time it would buy $20 billion to $30 billion of its stock if the deal collapses, or 23% to 34% of its shares at its current market value of about $87 billion.

Many Qualcomm investors just want the uncertainty to end, and see positives if the deal collapses. Some have worried about Qualcomm’s ability to digest NXP — which has nearly as many employees as Qualcomm — especially because its biggest previous acquisition was the relatively small $3.1 billion purchase of Wi-Fi chip maker Atheros Communications Inc. in 2011.

And Qualcomm has shown it can reduce its dependence on smartphone-related chip sales without owning NXP. It generated $3 billion in chip revenue last year outside of smartphones, a 75% increase from 2015, and it is shipping more than 1 million chips a day for connected devices.

“I’m happy for them to move on and run their business,” said Charles Lemonides, portfolio manager of ValueWorks LLC, which has roughly 5% of its holdings in Qualcomm.

Still, a future without NXP would intensify pressure on Mr. Mollenkopf, who already failed to win majority support from shareholders in the board selection in March. He also faces a potential bid for the company from former Qualcomm CEO Paul Jacobs and is stuck in a legal battle with Apple Inc. over patent royalties.

Write to Tripp Mickle at Tripp.Mickle@wsj.com