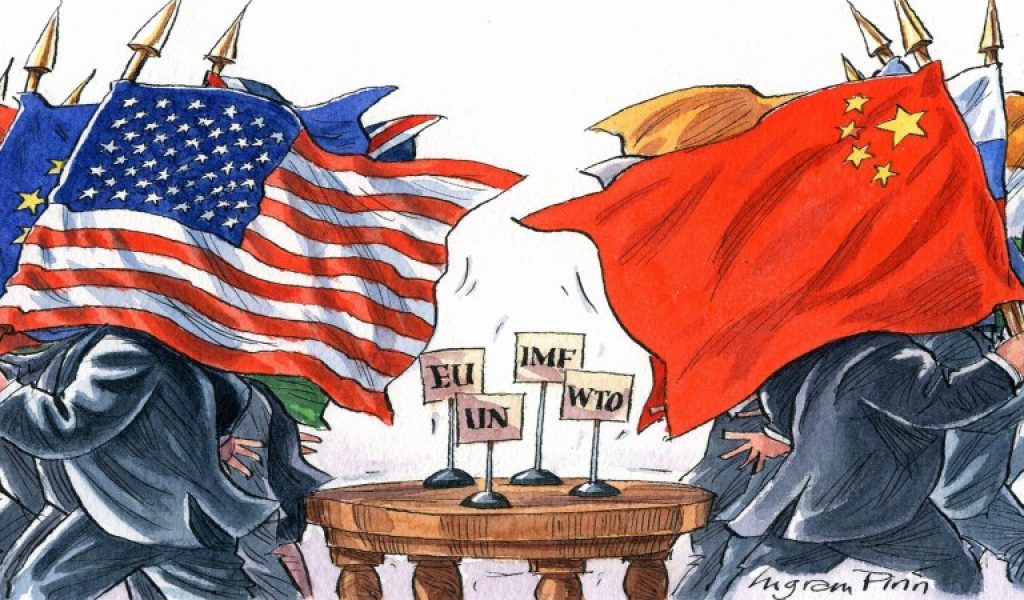 As the United States and China rattle their economic sabers, threatening punishing tariffs in the opening salvos of a trade war, the Philippines could be the most at risk in Southeast Asia from the worsening trade conflict between the world’s two biggest economies. About 17 percent of the country’s exports are part of China’s value chain—goods that serve as inputs to China’s exports, according to RHB Bank Bhd. That compares with 11.4 percent for Malaysia and only 2.2 percent for Vietnam.

The US imposition of tariffs on a range of Chinese imports, which means an added tax on imported goods from China, was the first step in a series of measures announced by the Trump administration. China responded in kind by announcing tariffs on American imports. Observers fear the next stage would be for the US to restrict Chinese investment into the US. If this happens, China will respond in kind. In other words, the economic conflict between China and the US can potentially go beyond tariffs and directly disrupt the global economy.

Pundits said that President Donald J. Trump’s new trade barriers stem directly from the “America First” trade policy he has espoused since the presidential campaign. Trump claimed that unilateralism in trade is good for the US. This approach to trade, economists said, is based on a false understanding of how the global economy works, one that also plagued American policy-makers nearly a century ago. The Trump administration, they said, has forgotten an important lesson from the Great Depression.

In the 1930s Congress generally set America’s trade policy unilaterally. Lawmakers, who were in a protectionist mood, responded to the pain of the Great Depression by passing the infamous Smoot-Hawley Tariff Act of 1930, which increased duties on hundreds of imports. Meant in part to ease the effects of the Depression by protecting American industry and agriculture from foreign competition, the act instead helped prolong the downturn. Many US trading partners reacted by raising their own tariffs, which contributed to shutting down global trade.

Fortunately, the US and its global trade partners have learned a lesson from this experience…until the Trump administration. Trump must be reminded that trade barriers would not only damage the countries involved, but would also disrupt global supply chains. The consequence: Higher prices for consumers worldwide.

International Monetary Fund Managing Director Christine Lagarde has warned world leaders to “steer clear of protectionism in all its forms,” following weeks of tension between the US and China over trade. The IMF chief said: “History shows that import restrictions hurt everyone, especially poorer consumers.”

We believe there is still time to prevent the worst from happening. The world must avoid the pain that was felt in the 1930s. A US-China trade war would not only destroy the economies of the two countries; it won’t spare their trading partners. Since US products—like the iPhone X that has parts from China—are sold globally, consumers around the world will be affected. The same applies to Chinese products that are made by companies with foreign investors. Surely, a US-China trade war will have an adverse impact among their trading partners, including the Philippines.