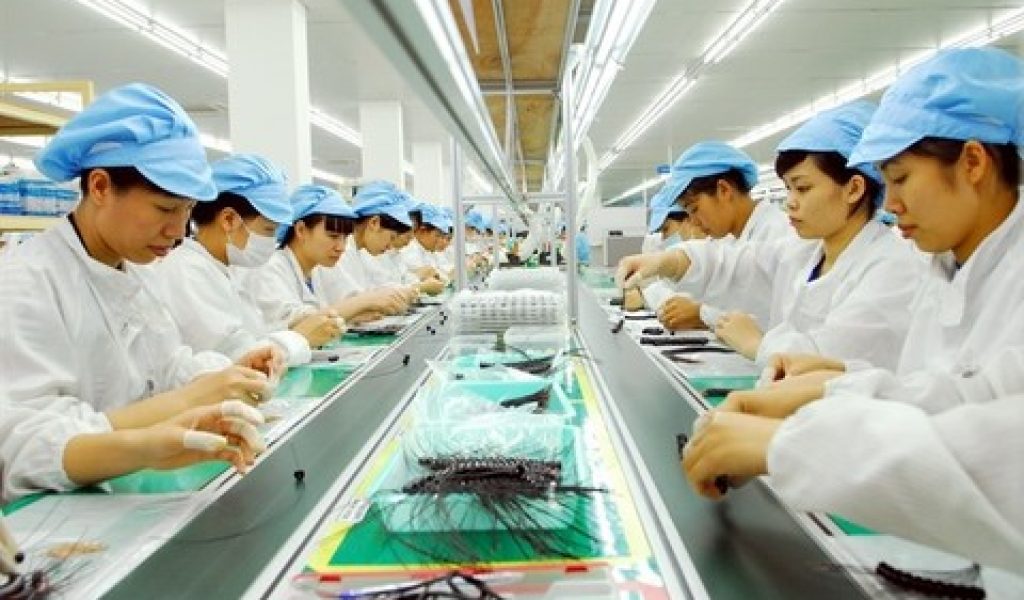 According to Vinh, electronics is the largest export sector of Viet Nam. The sector’s export turnover has grown from US$22.9 billion in 2012 to more than $71 billion in 2017. It is now 2.5 times and five times greater than textiles and footwear sectors, respectively. Of the total, 95 per cent of the country’s electronic export turnover is due to foreign direct investment (FDI) enterprises. FDI enterprises also excel in terms of technology and labour footprint: the average number of employees at an FDI enterprise is 807 people, compared to 212 at State-owned enterprises and just 25 at the average private sector firms.

The electronics industry is playing an important role in creating jobs, income and developing human resources for Viet Nam, said Chu Thi Lan, ILSSA’s director of Research Centre for Environment and Labour Conditions. Over the last 10 years, the number of e-businesses has significantly increased, from 307 enterprises in 2006 to 1,165 enterprises in 2015. In addition, workers in the electronics industry also rose from 141,780 people in 2009 to 453,181 people in 2016.

However, according to ILSSA’s assessment, the qualifications of labourers working in this sector are not high: 68.75 per cent of the workforce does not have degrees or certificates. This proportion is higher in the FDI sector.

Meanwhile, the recent wave of new technology has rapidly and strongly impacted enterprises in the electronics industry in many ways, increasing competitiveness and labour productivity while reducing production costs and attracting high quality human resources, which will affect workers to some extent, Vinh added.

In order to cope with this situation, Lan suggested said that sustainable development must become the leading strategy of enterprises. Therefore, in addition to investing in production development, ensuring decent jobs for workers is an important responsibility which cannot be ignored. Lan also proposed that e-businesses need to practice corporate social responsibility by adhering to labour standards and labour law enforcement to help promote decent work.

Specifically, electronic businesses should eliminate the use of forced labour and child labour; ensure job security and stable employment; and avoid arbitrary dismissal of labourers above 35 years of age and discrimination against employment and occupation. — VNS