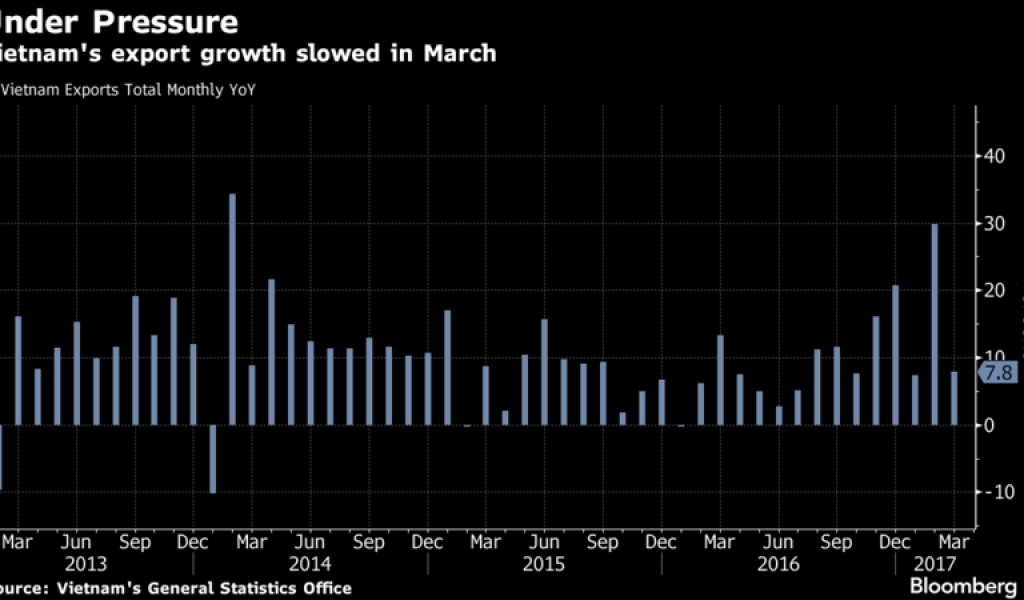 Vietnam’s economy grew at a slower pace than economists estimated in the first quarter as industrial output eased and Samsung Electronics Co. cut production of smartphones.

Vietnam outperformed most of its Southeast Asian peers last year as export growthremained resilient. The economy has become a manufacturing hub for companies such as Samsung, which is Vietnam’s biggest exporter, accounting for about 20 percent of the nation’s shipments. Samsung took the dramatic step in October to end production of its Galaxy Note 7 smartphone, a decision that businesses said at the time would hurt the economy.

Global trade risks are also mounting, with Vietnam among the countries in Asia most vulnerable to a rise in protectionism in the U.S. The government is increasing spending on infrastructure to retain its role as a top investment destination in Southeast Asia as others like the Philippines catches up. The World Bank forecasts Vietnam’s economy will expand more than 6 percent this year and next, among the fastest in the world.