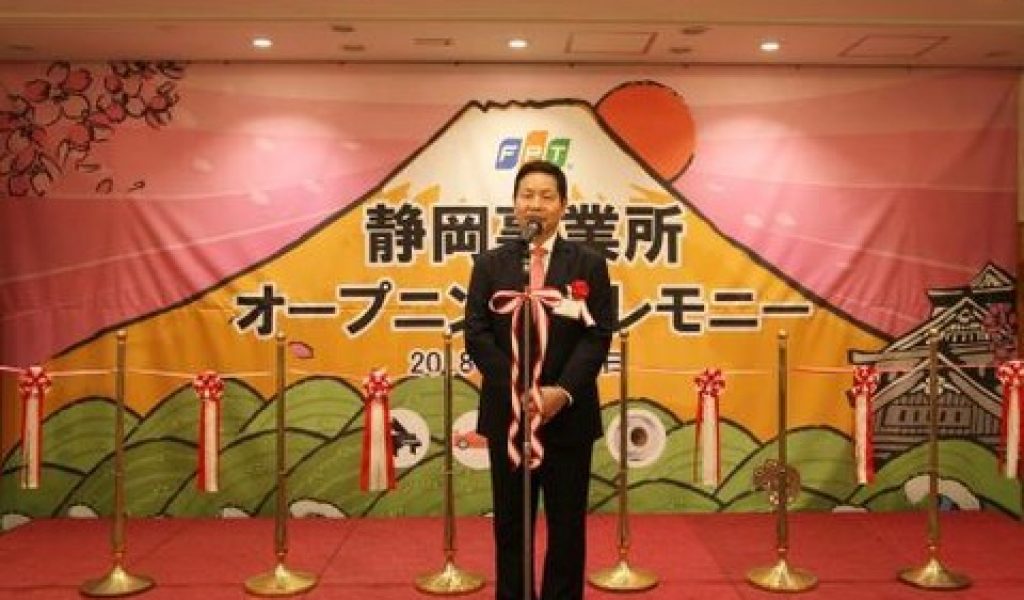 Currently, there are some 20 IT companies in Viet Nam with branches in Japan.

He said this at the inauguration ceremony of the firm’s sixth representative office in Japan’s Hamamatsu, Shizuoka Prefecture on Tuesday.

Viet Nam’s software exports turnover to Japan is expected to increase from US$300 million to $1 billion by 2020, while the number of programmers working for the Japanese market in the future may increase from 10,000 to 300,000, Binh said.

For FPT, the Japanese market accounts for more than half of the company’s global sales.

At present, FPT has more than 400 Japanese customers, including 50 companies on the list of the largest enterprises in the world. FPT’s annual growth rate in Japan is consistently around 30 per cent.

The Viet Nam Software and IT Services Association is encouraging the trend, which will hopefully lay the foundation for turning Viet Nam into a software-export country, according to Binh.

Regarding Viet Nam’s advantages when investing in Japan, Binh said “the two countries have similar cultures and strong political and socio-economic relations”. Moreover, “Viet Nam, with its young population and low-wage human resources, can help Japan rejuvenate its work force in the software industry. Viet Nam is also the source for many Japanese companies in the latest technology fields, such as artificial intelligence, robotics and data analysis”.

On November 7, 2017, the CMC Corporation opened its first office in Yokohama City, Kanagawa Prefecture. It is expected that by 2020, there will be some 1,000 Vietnamese employees working for the Japanese market.

Smaller businesses, such as NAL Viet Nam Joint Stock Company, are also planning to expand in Tokai after opening representative offices in Tokyo and Nagoya.

“Viet Nam has been the second-largest partner of Japan in software and service outsourcing since 2014”, FPT Software CEO Hoang Nam Tien spoke at the recent Viet Nam IT Day 2018 in Japan.

According to statistics from the Japanese Ministry of Economy, Trade and Industry, the country lacks 100,000 technicians in the fields of information safety, cloud computing and mobile technology.

In terms of new technology, including artificial intelligence, big data, Internet of Things and robotics, the country is estimated to be short of 600,000 information technology professionals by 2030.

“It is a huge opportunity for Vietnamese enterprises to join hands with their Japanese counterparts to solve the problem of inadequate human resources in this field,” Tien added. — VNS