VN tries to harness the change brought about by Industry 4.0 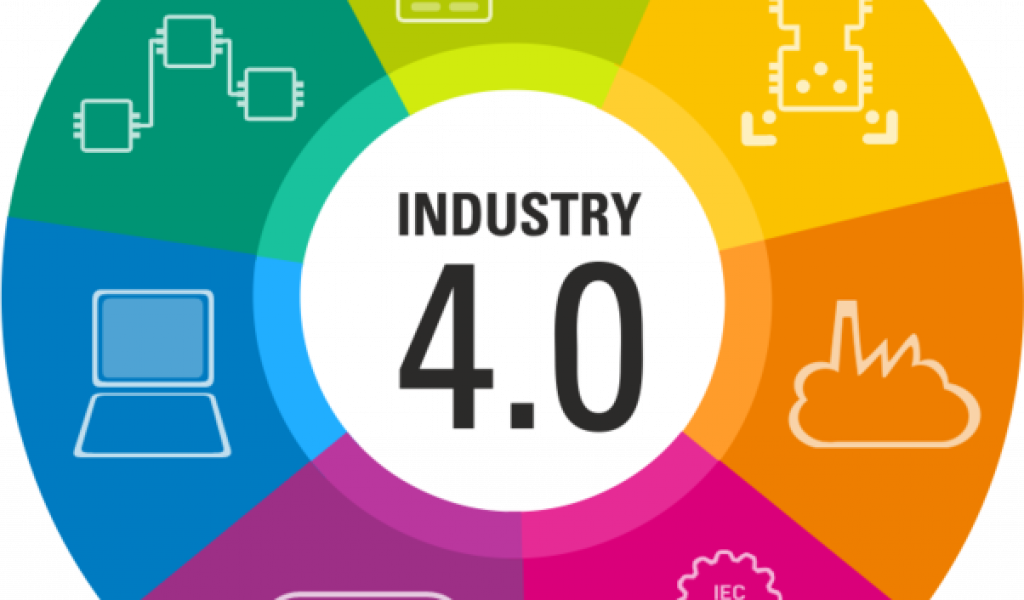 Industrial revolutions are momentous events. By most reckonings, there have been only three.

The first was triggered in the 1700s by the commercial steam engine and the mechanical loom. The harnessing of electricity and mass production sparked the second, around the start of the 20th century. The computer set the third in motion after World War II.
It may seem too soon to proclaim that the fourth industrial revolution, spurred by interconnected digital technology, is upon us, but Mr. Henning Kagermann, Head of the German National Academy of Science and Engineering, did exactly that in 2011, when he used the term Industry 4.0 to describe a proposed government-sponsored industrial initiative.
After missing the first three, Vietnam is now hoping to tap into the fourth revolution, though this requires action and not just words.Boundless prospects

It’s not by chance that Industry 4.0 is mentioned often in State documents and speeches by government officials.

The topic even plays an important role as one of the six key tasks for the Ministry of Industry and Trade this year. Industry 4.0 is happening and Vietnam will miss the boat if it doesn’t make an appropriate response.

The term Industry 4.0 refers to the combination of several major innovations in digital technology, all coming to maturity right now and all poised to transform the energy and manufacturing sectors.

These technologies include advanced robotics and artificial intelligence, sophisticated sensors, cloud computing, the Internet of Things, data capture and analytics, digital fabrication, including 3D printing, software-as-a-service and other new marketing models, smartphones and other mobile devices, platforms that use algorithms to direct motor vehicles, including navigation tools, ride-sharing apps, delivery and ride services, and autonomous vehicles, and the embedding of all these elements in an interoperable global value chain, shared by many companies from many countries.

These technologies are often thought of separately. But when they are joined together, they integrate the physical and virtual worlds.

This change enables a powerful new way of organizing global operations: bringing the fungibility and speed of software to large-scale machinery production.

The products themselves take tangible form only after most of the design and engineering problems have been ironed out.

The networks of machinery that have engendered industrial society become hyper-aware systems of highly flexible technology, responding rapidly not just to human commands but to their own perceptions and self-direction.

There are many reasons for Vietnam to take up Industry 4.0. Emerging countries like Vietnam will actually have the most to gain.

It can leverage digitization to gain efficiency in its horizontal integration, working with the global manufacturers to whom it supplies all manner of raw materials, parts, and components.

The more closely Vietnamese companies align with the platforms of Industry 4.0, the more potential customers it will be able to reach.

Vietnam has become a manufacturing hub for transnational companies in recent years. Enterprises from advanced economies have come to the country to cut labor costs, but this is now irrelevant.

Adidas’s new shoe robotics can make a pair of shoes in 1.8 minutes from scratch. Such technology will soon be in shoe stores, making bespoke shoes for customers.

Companies don’t develop robotics because they are cool, but to get away from relying on Vietnamese labor.

Foreign direct investment (FDI), while still coming in large volumes, will end or dwindle to nothing at a certain point.

The government understands this, and is telling Vietnamese companies to stand on their own two feet and move with alacrity because they know that FDI capital isn’t forever.

Prime Minister Nguyen Xuan Phuc warned last year about the return of protectionism, with many governments considering making international trade more difficult and making it harder for people and products to move across borders.

Industry 4.0 can overcome such barriers by enabling companies to transfer their intellectual property, including their software, while allowing each country to maintain its own manufacturing networks.

Future advances in 3D printing, for example, will enable virtually any company to set up shop anywhere, and to fabricate components, spare parts, and potentially industrial equipment without having to ship the finished pieces. Operations will become more global and more local at the same time.

There are, of course, many challenges associated with Industry 4.0. It requires openness with data and collaboration, to an extent that may feel uncomfortable for many Vietnamese companies.

The requisite technological capabilities and human skills are often in short supply. It involves new and unfamiliar ways of organizing production.

And, perhaps most daunting, it represents a leap of faith. Investments must be made today, while many of the products and processes involved in the approach are still unknown.

Look at Singapore, the leading country in ASEAN in terms of technology application. Most companies there are still 2.5 or not even 3.0, according to Mr. Wu Hongyi, Centre Director for Europe at IE Singapore, and even with advanced technology and capital advantages they will still struggle to enter Industry 4.0.

Even with short-cuts, it will not be easy for Vietnam to just move up the ladder. When you give a man an elevator, he needs to be taught how to walk to step inside it.

The FDI sector is still the “wheelchair” for Vietnam, driving growth in an economy forecast to grow more than 6 per cent this year; one of the fastest rates in Asia.

Vietnam has set for itself the goal of becoming the major processing and manufacturing hub in the world by 2035. If achieved, it will create a lot of jobs.

But the question is whether the desired objectives and benefits will be reached given that Industry 4.0 is poised to transform competitiveness over the next five years or so.

The strong progression of Industry 4.0 shows that the appeal of cheap labor, Vietnam’s strategic strength, can be lost more quickly than previously imagined, especially in critical labor-intensive industries like textiles, footwear, and mechanical engineering.

So what will become of Vietnamese garment workers toiling away for 10 or 12 hours a day and earning $200-300 per month?

This not only directly affects workers and companies in the manufacturing sector but may also put many important development strategies of Vietnam at risk of slipping by the wayside.

A report from the International Labor Organization released last July revealed that up to 86 per cent of workers in the apparel and footwear sectors are at risk of losing their jobs due to impact of technology breakthroughs brought about by Industry 4.0.

Even in developed countries, automation has made many workers redundant. Recent research shows that nearly 50 per cent of unskilled workers will lose their jobs over the next 10-20 years in the US and the UK.

Unresolved issues abound. For example, will Vietnam change its customs activities and tax structures to account for a world in which physical goods of all kinds rapidly decrease in value compared with the intangibles – intellectual capital and ongoing support, for example – that distinguish them?

Or supplant them with technology? As the intellectual property value of software and services increases, will new cybersecurity challenges arise? Or will cradle-to-grave tracking of products make it easier to enforce global rules on IP and to trace violations?

The centuries-long process of globalization has always presented new challenges and new risks.

Now, as Vietnam stands on the brink of an entirely new technological way of life, the challenges and risks may come in unfamiliar new forms.

To catch up with something, one must reach a turning point. In Vietnam’s case, only the government’s hand can facilitate the mutations needed for the country to embrace the fourth industrial revolution.

“While Vietnam can catch up with consumption and spending, innovation and manufacturing need support from authorities,” Chairman of the Vietnam Internet Association, Mr. Vu Hoang Lien, said.

“We will need to make necessary forecasts in order to build an economic development policy.”

Having said that, both developed and emerging countries have the opportunity to approach Industry 4.0 from its very beginning.

This means that Vietnam can actually seize the lead by having research and applications or by attracting new technology, which will help bridge the development gap.

We Are Social, a global agency providing statistics on digitalization worldwide, estimates that Vietnam had a total of 50.05 million internet users in 2016, equal to 53 per cent of its population and a rise of 6 per cent compared with 2015.

The number of people using social media and mobile social networks also grew 31 per cent and 41 per cent year-on-year, respectively.

These figures, according to Mr. Isara Burintramart, CEO of Thailand’s Reed Tradex, ASEAN’s leading exhibition organizer, indicate that Vietnam’s workforce is ready to learn and step into the Industry 4.0 era.

Even though there have only been a few Vietnamese enterprises that are first movers and evaluating the benefits Industry 4.0 can bring is virtually impossible, companies that hold back, waiting to see how it all turns out before investing, will fall behind.

As World Economic Forum founder Klaus Schwab put it in his book “The Fourth Industrial Revolution”, “Contrary to previous industrial revolutions, this one is evolving at an exponential rather than linear pace. It is not only changing the ‘what’ and the ‘how’ of doing things, but also ‘who’ we are.” Mr. Truong Gia Binh, co-founder and CEO of the FPT Group, also believes this revolution isn’t just an exclusive thing for tycoons, but for everyone, including smaller enterprises with only a handful of people.

In fact, “they are the ones who will change the future and dictate the face of Vietnam’s economy,” he believes.

Some Vietnamese enterprises have indeed established themselves as first movers in Industry 4.0.

The Truong Hai Auto Corp., the country’s leading automaker, has expanded its investments in laser welding technology and paint technology, expecting annual capacity to reach 100,000 motor cars, 100,000 trucks, and 5,000 buses via the construction of the Chu Lai – Truong Hai Automobile Mechanical Industrial Zone, which will begin operations next year.

Vertical software has already been introduced in Vietnam through a number of key customers such as Samsung, Canon, and Nike, and is found at Cho Ray Hospital. Syngo.via is helping the radiology department of Cho Ray optimize clinical workflows in imaging diagnostics, resulting in much higher patient throughput and improved quality with the same resources.

This is of utmost importance to Vietnam, with its limited number of trained medical personnel and constrained budgets, and permits the optimal use of available skilled resources.

As other Asian countries have been looking at Industry 4.0 for quite some time, there are steps to be taken immediately for Vietnam to stay in the race.

Changes must be based on progressive evolution, commencing with small pilot projects implemented step-by-step in reasonable doses that can be implemented without harming conventional plant operations. Education and training systems must also be reformed.

“Investing in human resources should be considered the most important task for local manufacturers, in addition to fostering technical innovation and enhancing cooperation among businesses to maximize efficiency and avoid overlapping investments,” Chairman of the Vietnam Association of Mechanical Industry Mr. Nguyen Van Thu said.

Don’t buy the hype. Buy the reality. Industry 4.0 will be a huge boon to companies and countries that fully understand what it means for them. Change of this nature will transcend a company’s boundaries and probably the national boundaries of the countries where they do business.