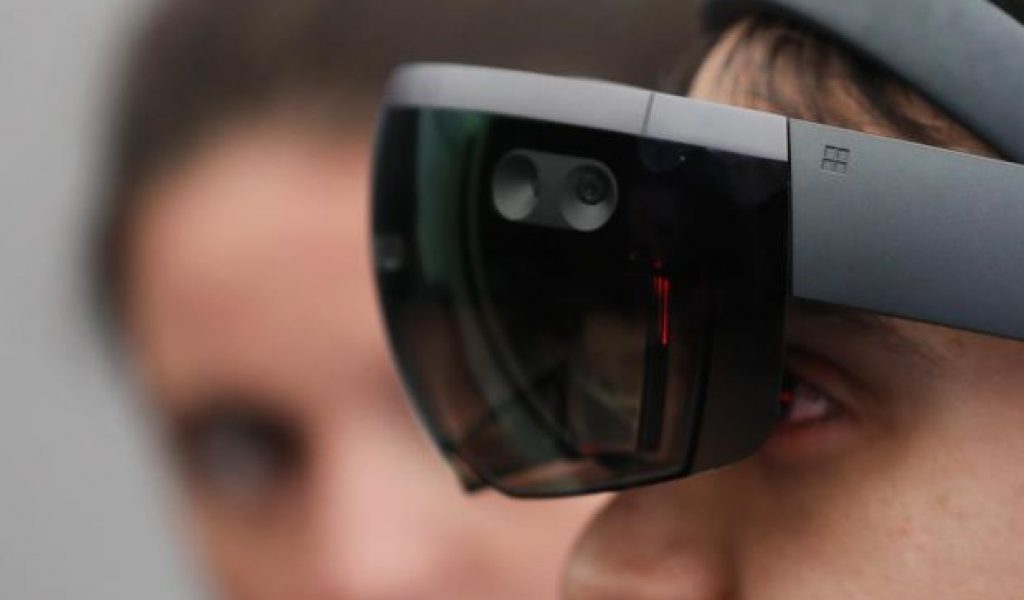 Twelve months ago the Virtual Reality World Congress in Bristol, England, was a sell-out show, with over 750 attendees gawping over the latest VR hardware and production techniques.

This year’s event, which took place last week, attracted even more participants – more than 1,200 over three days – but the mood felt decidedly less upbeat. Virtual reality, it seems, has been mugged by reality.

Sales of VR hardware have fallen 40% behind forecasts, CCS Insight, a technology research group, said in a February report. And the VR hardware that is selling has mostly been relatively inexpensive goggles that allow people to experience VR through their smartphones, such as Samsung’s Gear VR and Google’s Daydream, not higher-end, dedicated headsets such as those made by Sony Corp, Facebook Inc’s Oculus and HTC Corp.

“Some people have said that 2016 was not a very good year for VR, that perhaps virtual reality is not where we would have hoped,” Roy Taylor, vice-president for alliances at semiconductor manufacturer Advanced Micro Devices Inc, acknowledged in his keynote address at the conference, before going on to dispute this conclusion.

He listed a series of virtual reality achievements in 2016, including the first uses of the technology for surgery and in a courtroom, as well as several significant VR games and films.

And yet, talking to exhibitors at the conference, there was a distinct sense that virtual reality has entered the dreaded “trough of disillusionment.” That’s the bust part of the boom-and-bust in public expectations that precedes mass adoption of a new technology in research firm Gartner’s famous “hype cycle.”

“I think the problem was about hype and expectation versus reality,” Stuart Gallop, Chief Executive Officer of ARiVR, a UK company working on product placement for brand marketing within virtual reality environments such as games and movies.

Many working in VR have run up against the hard economic reality of trying to produce content for a technology that remains, at least for the moment, fairly niche.

Daniel Kihlgren Kallander, a developer and programmer for the Swedish virtual reality startup Svrvive ABAB, estimates that his company lost money on its first VR game, also called SVRVIVE, which it released for HTC’s Vive platform last year. “This is a very small market right now,” he said. “We need a bigger market to sustain ourselves.”

This is doubly true for those working on virtual reality films, as opposed to computer games. Edward Saatchi, CEO and co-founder of Oculus Story Studio, a VR movie studio owned by Facebook’s Oculus, compared early experiments in VR films to the transition from silent movies to talkies in the late 1920s, except, he said of those pioneers in sound, “at least they had a business model.”

As disappointment is setting in for virtual reality, expectations are building around its less glamorous cousin, augmented reality, which is also sometimes called mixed reality because it places digitally-rendered elements in the real observed environment. In 2016, Pokémon Go, which is an augmented reality game played on smartphones, became a worldwide phenomenon.

Microsoft launched its high-end AR headset, HoloLens, which has found customers mostly among industrial and business users – such as aeronautical engineers and architects. Snap Inc’s AR photo filters are one of the most popular features of its messaging service and Facebook has announced a big push into the field with its own AR camera filters.

Many now expect Apple Inc to introduce an augmented reality product in the next year, which might help AR to leapfrog VR to achieve mass adoption.

“Apple has not made a play yet in this space and I think they will and that it will be huge,” said ARiVR’s Gallop.

Technology company ABI Research says that virtual reality currently generates about 50% more revenue than augmented reality but that it relies heavily on hardware sales. Augmented reality, by contrast, relies more on software and in many cases can be experienced by users with their existing smartphones. ABI forecasts that AR revenues will surpass VR sales by 2019.

Virtual reality true believers, like Taylor, are dismissive of the idea that AR might outrun VR as a blockbuster consumer technology. Augmented reality requires too much training for the average consumer to learn how to integrate the digital images into the real world, Taylor said. “Mixing the virtual world and the real world is less natural,” he said. Simply popping on a headset and diving into a completely virtual environment is, somewhat counter-intuitively, easier, he said.

Taylor predicts that the virtual reality video game Fallout 4 VR, which Bethesda Softworks, a division of Rockville, Maryland-based ZeniMax Media Inc, is expected to release this year will be the event that catalyses widespread adoption of home-based virtual reality hardware much as the game Super Mario Brothers and Sonic the Hedgehog helped drive adoption of Nintendo and Sega home gaming systems.

VR enthusiasts think the current “trough of disillusionment” is – as the Gartner model would predict – merely a temporary setback on the road to virtual reality becoming a mainstream technology – and a cash cow. The question though, is how long the field will have to wallow in the trough. — Bloomberg