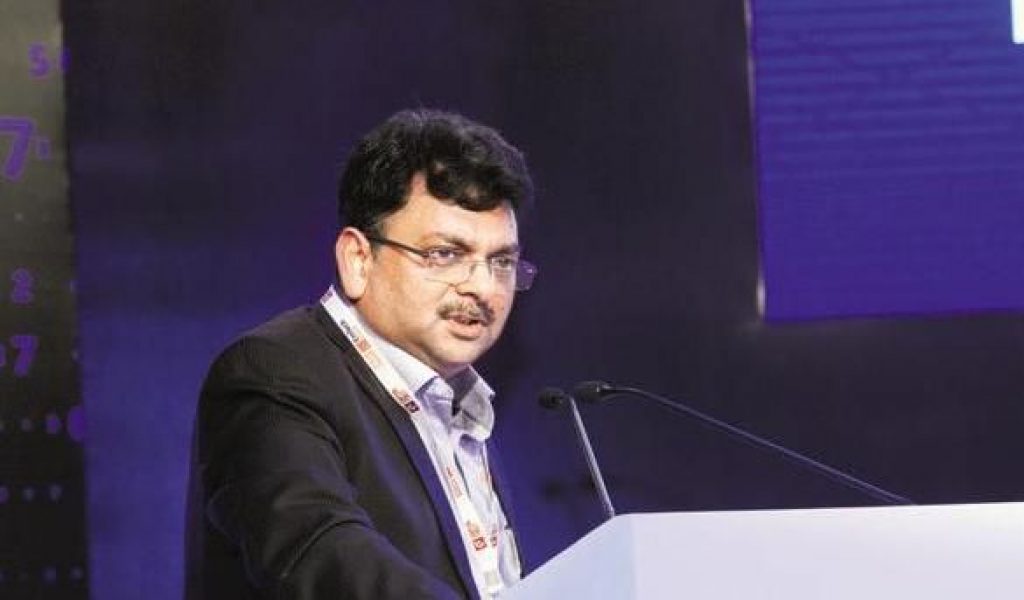 The continued scepticism over the feasibility of semiconductor fabrication units, also known as wafer fabs, in the country notwithstanding, private equity fund Next Orbit Ventures is determined to invest in setting up such units in India.

While it has been attempting to do so for the past decade, this time around, the venture capital firm is planning to invest in not one but three wafer fabs, according to Ajay Jalan, founder and managing partner of Next Orbit Ventures. While one unit is for digital integrated chips, the second is for analog integrated chips, and the third will manufacture solar cells. The cost of these three fabs cumulatively would be around $10 billion, he says.

On 28 December 2016, the ministry of electronics and information technology (MeitY) had asked Next Orbit Ventures to submit its proposal to set up the three fabs along with the name of the state where it had chosen to set up these units, according to Jalan.

“We have signed MoUs (memoranda of understanding) for the same with the Andhra Pradesh and Gujarat governments. We expect their responses by July end,” he said, while acknowledging that the proposals should “ideally have been finalized by December 2016 but have got delayed because the state governments have yet to provide some answers to the questions we have asked.”

In the MoUs, Next Orbit Ventures has asked the governments for details like the provision of 2,000 acres for the wafer fabs, water, electricity and details of the subsidies that will be provided as part of the states’ electronics system design and manufacturing (ESDM) schemes.

Jalan is confident of raising the money for these units through a combination of equity, subsidies and financial support from the state government (that accepts the proposal) and central government, coupled with some “debt by way of equipment financing from vendors”.

Next Orbit Ventures has been selected as the “Daughter Fund” under the government of India’s electronics development scheme. The investment is being made out of Next Orbit Ventures’ second fund (NOVF-II), which announced plans to raise $750 million in September.

The firm has already received interest from investors in the United Arab Emirates to invest in the fund that is focused on the electronic system design and manufacturing (ESDM) sector. “NOVF-II has established an investment pipeline of $1.4 billion from domestic and global investors and is confident of raising the required equity for the project,” Jalan said.

Does India need a wafer fab?

Industry experts have long argued that India’s electronic imports may surpass its oil import bill by 2030. India could “achieve a degree of self-sufficiency in electronics” by setting up wafer fabs in India, argues Jalan.

But history has not been kind to the semiconductor sector. The Indian government, for instance, has found it hard to get chip makers to invest mainly because of India’s deficient infrastructure. For instance, some experts say manufacturing even a single chip requires hundreds of gallons of pure water—hard to find in India in the required quantities. Uninterrupted power supply is another major hurdle.

India excels in chip design with over 100 designers, including subsidiaries of world-class chip makers. But countries such as China and Taiwan score when it comes to integrated device manufacturing: they perform every step of the chip-making process including design, manufacturing, testing and packaging.

Chip fabrication units are also highly capital-intensive and typically require an investment of about $3 billion for 40-60 nanometre (nm) chips. However, to manufacture 28nm chips, one would have to set aside $6-7 billion over a five-year period.

Moreover, it takes around 1.5-2 years for a fabrication plant to come up. In the meantime, technologies could become obsolete, caution analysts, which is why the semiconductor fab firms continually have to invest to future-proof their technologies. For instance, by 2020, 5nm silicon chips would have reached the market.

India has flirted with the idea of creating wafers since 2007. In 2011, the centre constituted an empowered committee to identify technology and investors and recommend incentives to be provided to set up two fab facilities in the country. The committee had issued a global expression of interest (EOI), inviting technology providers and investors to set up the fabs, following which this committee submitted its recommendations to the government in March 2013.

The consortium had proposed to invest Rs25,250 crore to set up a fab facility in Prantij, near Gandhinagar. In March 2007, too, Verma had said HSMC would set up 10 chip manufacturing plants costing up to $4.5 billion by 2010.

While Jaiprakash Associates withdrew from the race in 2013 itself, HSMC’s consortium is yet to put the money on the table. Next Orbit Ventures, according to Jalan, had agreed to invest $100 million in the consortium but “the LoI (letter of intent) expired on 22 December 2016”, Jalan said, adding that “the proposal may be revived if the renewed terms make sense”.

Incidentally, in January 2015, SunEdison, Inc and the Adani Group had signed an agreement to establish a joint venture to build a solar photovoltaic (PV) factory in India with an investment of up to $4 billion. “They are currently doing pilots,” said an industry person who did not wish to be named.

Is there a market for chips?

According to IESA chairman Ashwini K. Aggarwal, who is also director-government affairs at Applied Materials India Pvt. Ltd, the industry body “remains very bullish about the prospects of the semiconductor industry”. He, however, pointed out that the idea of setting up wafer fabs in the country was not to compete with foundries from the likes of Intel Inc. and Samsung Electronics Co., which were manufacturing 22nm, 14nm and lower resolution silicon chips, but “to cater to India’s niche market”.

India already has a fully-functional semiconductor fab, he pointed out, citing the case of the Department of Space (DoS), which inherited the Chandigarh-based Semi-Conductor Laboratory (formerly known as Semiconductor Complex Ltd). “The fab has been running for the past 18 months and is making chips for space applications. It is a very specialized need.”

Jalan, on his part, argues that the early attempts of the Indian government to set up wafer fabs in the country failed as the policies did not have a provision for upfront investment through capital subsidy but were to be reimbursed instead. “This left the burden of upfront billion dollar plus investments entirely on the promoters, which made the project a non-starter,” he said.

In 2011, the approach again failed to yield results due to a “lack of ecosystem—supply infrastructure and indigenous demand—in India”, Jalan said.

Jalan is hopeful that “NOVF’s ecosystem strategy will address the issues of indigenous demand and lack of supply infrastructure”. “This is the only viable strategy to bring electronics manufacturing to India,” he insists.

Meanwhile, the fortunes of the global semiconductor industry seem to be getting better with the Internet of Things (IoT) concept gaining ground, and sensors contributing to the growth.

Worldwide semiconductor revenue is forecast to total $386 billion in 2017, an increase of 12.3% from 2016, according to research firm Gartner, Inc.

The World Semiconductor Trade Statistics (WSTS), which also expects the world semiconductor market to grow in 2017 and 2018 to $378 billion and $388 billion, respectively, points out that this is the largest growth year since 2010.