Why Sensor Technology Is the Key to Autonomous Vehicles 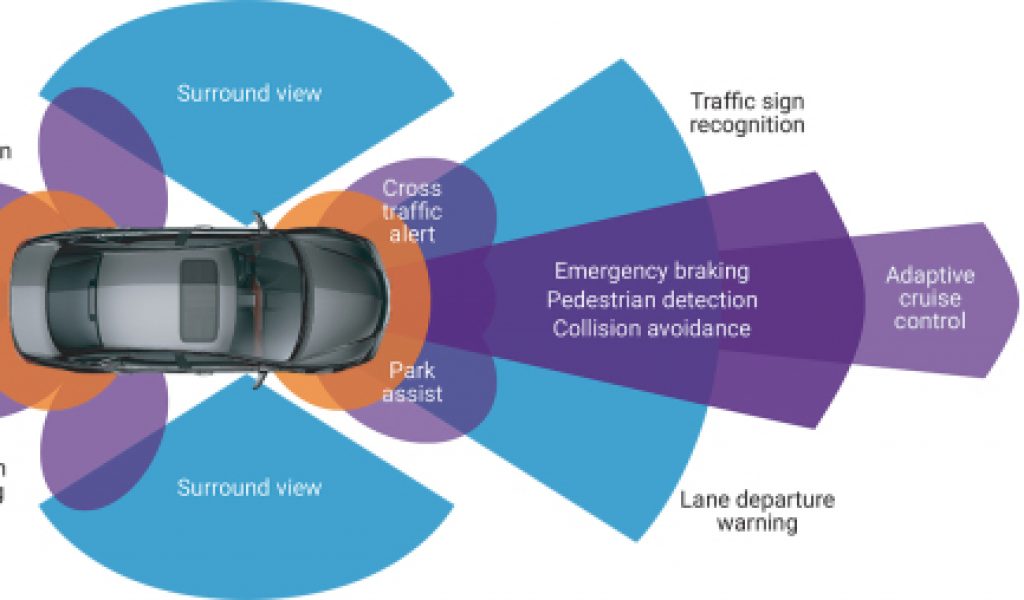 We still have a long way to go to achieve roadways filled with self-driving vehicles. The current capabilities of sensors, while helpful, are relatively rudimentary when it comes to autonomous vehicles.

That said, the automotive industry has progressed dramatically in the past few years. If you rolled off the lot with a brand new vehicle five or six years ago, it would likely contain around 60 to 100 sensors. Today, that number is much closer to 200 or more. As vehicles continue to get smarter and more autonomous, the evolution and sophistication of sensors has kept pace and will continue to grow as new features become common place.

To power advancements in autonomous vehicles, tech providers and automakers are factoring in challenges such as sensor degradation, collaboration on industry standards, and maintenance/servicing of the software’s cybersecurity defenses over the lifespan of the vehicle.

One of the biggest challenges that auto manufacturers and OEMs have is keeping up with the rapid pace of both sensor and data development. Sensors need to provide the necessary level of data fidelity for vehicle systems to meet design requirements.

Different sensors have different strengths and weaknesses. One approach is to combine a a mix of sensors to achieve more thorough sensing of the environment. (Click on the image for a larger view.)

Driving in dense metropolitan areas with large numbers of drivers, pedestrians, bicyclists, and motorcycles on the road requires vehicles to make a split-second decision to stop or swerve to avoid hitting a pedestrian or another vehicle. As a result, we are starting to see sensor fusion come into play, making decisions that a human driver may be incapable of in the time the advanced driver assistance system (ADAS) reacts by consuming and interpreting a wide range of data inputs.

It is also imperative that during the preliminary stages of sensor manufacturing automakers adhere to automotive functional safety standards to prevent chip or software failures. ISO 26262 is the automotive standard that mandates the development process that automotive OEMs and suppliers must follow and document for their devices to be considered functionally safe. Through compliance with ISO 26262, automotive OEMs and suppliers provide assurance that their devices will perform as intended, when intended.

Another aspect to the ever-changing sensor landscape is sensor degradation. Sensor degradation is a natural part of the autonomous vehicle equation, especially given the fact that a vehicle today typically has a lifespan of 10 to 15 years. Top causes of degradation include general wear and tear of sensors, their harsh operating environments, and degradation of other electronic system elements.

Automakers and technology providers will need to factor in the ability of installed sensors for functions such as LiDAR, cameras, ultrasound, etc., to perform at the same, if not greater, level than they did when the vehicle was new for the entire expected lifespan of the vehicle. They will also have to answer what happens if the sensor begins to fail (i.e., how to alert the driver, build in safety features, etc.). To combat degradation, OEMs need to model and design semiconductors and other components within the vehicle to create predictive failure rates and alternatives within many different environments.

There are a few different factors that need to be considered when making sure autonomous vehicle sensors are secure. Hacking into an autonomous vehicle is always a concern and should be addressed, but the other less obvious security factor is attackers influencing the machine-learning technology embedded in the vehicle to react in a malicious way.

For example, a U.K. study introduced a video billboard that had been tampered with to show a stop sign for as little as a fraction of a second. Autonomous vehicles would sense the stop sign and stop because they were able to pick up that image, reacting to it the same way they would have had they sensed a stop sign on the roadway. However, human drivers will not be able to react to the image, creating a potential hazard if the autonomous vehicle in front of them stops abruptly without warning or apparent reason. The potential for these “phantom objects” to harm both drivers and pedestrians is just one more challenge automakers face in keeping autonomous vehicles secure.

To fortify against sensor vulnerabilities, NHTSA recommends that the automotive industry follow the National Institute of Standards and Technology’s (NIST) documented Cybersecurity Framework. This framework suggests a layered approach to cybersecurity that is structured around these key functions: identify, protect, detect, respond, and recover.

System designers must safeguard system operations while striking the right balance in terms of alerts shared with drivers. Consider ADAS, which is designed to warn drivers of impending dangers on the road as well as potential system failures. Usually, system errors due to a security breach trigger a recall that requires a trip to the dealership and, for the vehicle manufacturer, a potentially expensive fix. A better approach would be to build in the security to prevent a malicious act from causing the error in the first place.

As the complexity and the capability of these devices increase, the different avenues in which cybersecurity attacks take place are also going to grow in proportion. Designers and automakers will need to update their defenses and manage these types of unintended reactions to protect against these nontraditional cyberattacks. Part of that defense should be a robust software lifecycle management program which allows organizations to apply lessons learned from their experience. That same philosophy goes for the physical performance of the sensors themselves to combat against degradation.

As autonomous vehicles become more common, there will be additional regulations that come into play as well as various consumer habits that will help shape the future of the market. Keeping pace with the advancements in the sensor fusion space is challenging, but necessary, as we continue to see autonomous vehicles drive into the mainstream.

— Chris Clark, is senior manager of the Automotive Group at Synopsys.